NXT stole the bragging rights in WWE with a convincing display at Survivor Series in Chicago.

The show was largely based around matches that saw NXT compete against stars from headline shows Raw and Smackdown for the first time, and they didn’t disappoint.

What was once purely WWE’s developmental brand gave evidence of their remarkable progress with a great showing at the event – just 24 hours after putting on their own, stunning solo show.

They racked up four wins on the night, to Raw’s single success and just a couple of victories for Smackdown.

Perhaps the most impressive was the night’s main event; NXT’s women’s champion, Shayna Baszler defeating Becky Lynch and Bayley in a triple-threat match. With Lynch prone outside the ring after taking a hefty blow through the announce table, it had looked like Bayley would snatch victory for Smackdown, only for Baszler lock in her Kirfuda Clutch hold and force a submission. 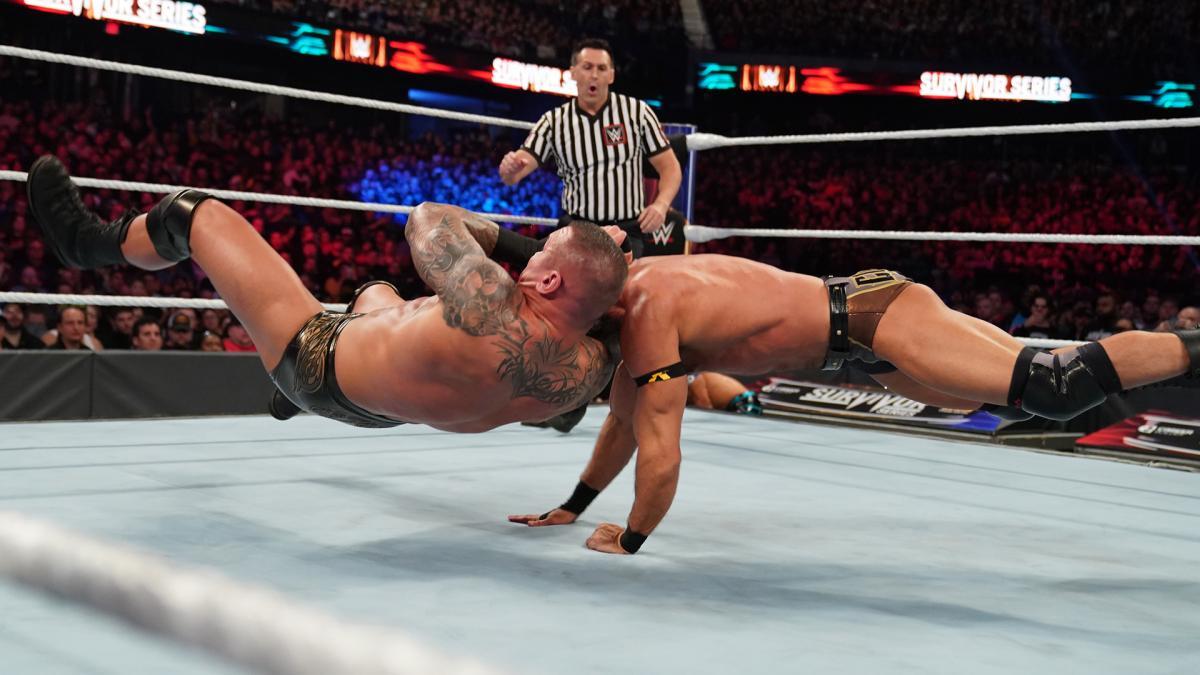 That was how the night ended, and it began in similarly-lively fashion, Raw’s Viking Raiders defeating The Undisputed Era and The New Day after pinning Bobby Fish in a fast-paced encounter. That would prove to be as good as it got for the red brand, who endured what was otherwise a fairly tepid night.

Smackdown did pick up the win in what was probably the highest-profile bout of Survivor Series, and one that truly delivered. The match went back and forth with eliminations coming thick and fast; NXT UK Champion Walter dismissed early by Drew McIntyre, Tomasso Ciampa seeing off Kevin Owens and Randy Orton getting the best of Matt Riddle with an RKO to name a few.

Cleverly, the match came down to one man from each brand at the end – Seth Rollins from Raw, Smackdown’s Roman Reigns and NXT’s Keith Lee. In a memorable moment, Lee pinned Rollins after his Ground Zero finisher, before Reigns – though not before almost coming unstuck himself – claimed victory with a giant Spear.

Survivor Series was hugely enjoyable but wasn’t without its pitfalls – the two main title matches both fell short, ironically also being the only bouts without the ‘multi-brand’ theme. WWE Champion Brock Lesnar retained against Rey Mysterio in a relatively short outing – the highlight being the attempts by the challenger and his son, Dominic, to combine their efforts to see of Lesnar, which proved to be of no avail. 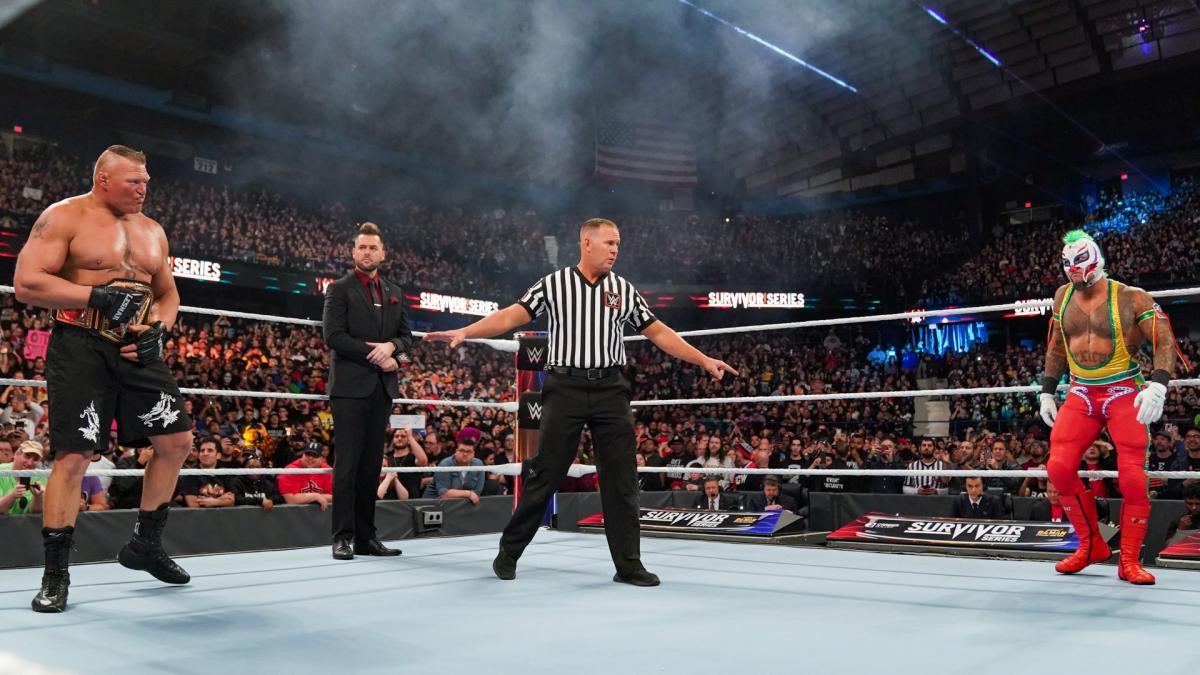 Even worse, though, was Bray Wyatt’s victory over Daniel Bryan to keep hold of his Universal Championship – and that’s no fault of the two combatants themselves. The champion has been presented as such an unstoppable force that, at the moment, any match he’s in is rendered pointless given he sustains little or no damage. Bryan, one of then most accomplished wrestlers in the company, was seen off by a Mandible Claw – though most in attendance were unable to see it due to WWE’s bizarre instance in having all of Wyatt’s matches played out under an intense, bright red light for the sake of theatre, despite the fact it stops the product on offer from being visible.

Elsewhere at Survivor Series, Team NXT came out on top in the multi-brand women’s match, though it was something of a back-door victory for Candice LeRae, Rhea Ripley and Io Shirai after feigning injury before returning to defeat Banks who’d been as the other remaining wrestler at the end.

One match which would have benefited from more time on a busy night was the meeting between Intercontinental champion Shinsuke Nakamura, US Champion AJ Styles and North American champion Roderick Strong. The trio would have stolen the show with more time to work, but certainly didn’t disappoint in any case; Strong effectively stealing the win by pinning Nakamura after Styles had nailed him with a Phenomenal Forearm.

NXT Champion Adam Cole faced off against the UK’s own Pete Dunne for his championship, and retained after hitting Dunne with the Last Shot – though not before Dunne had got in some of his trademark joint manipulation offence, which is a joy to watch unless you’re on the squeamish side. 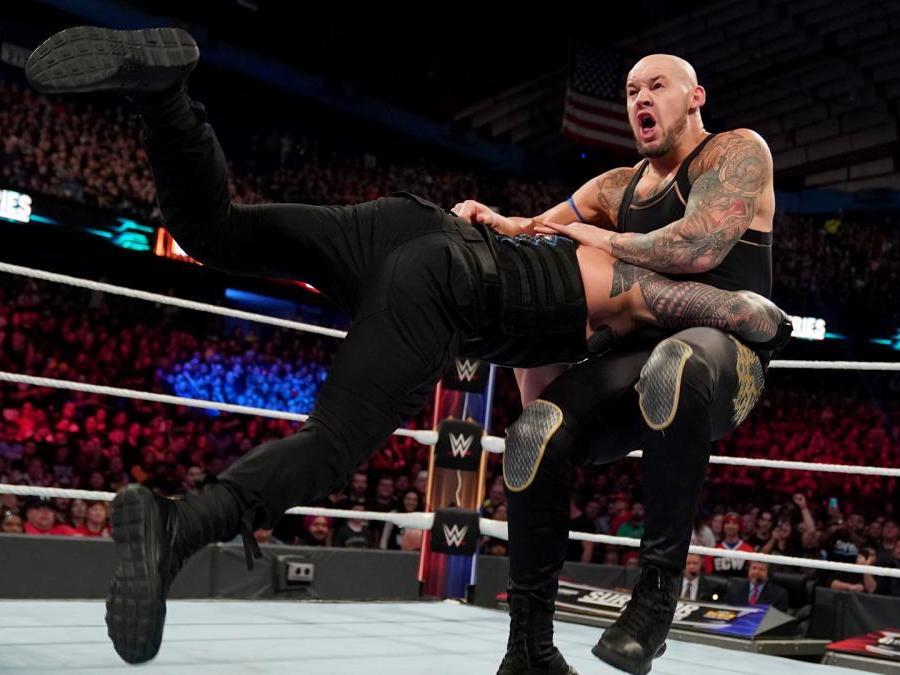