Reigns recently put leukaemia in remission for the second time following a four-month battle with the terrible disease.

The Big Dog is now set to return to WrestleMania 35 for a fight against Drew McIntyre on April 7 at MetLife Stadium in New Jersey.

Preventing an illness as serious and deadly as leukaemia is very difficult but the four-time world champion learned a lot about how someone can stay healthy and face a potential disease.

The ex-WWE Champion insists that it is important to have knowledge and to also take care of yourself even if sometimes that means you have to prioritise your own well-being over others.

Well I think it all starts with knowledge

Reigns told The Stephen A. Smith Show on ESPN: “Well I think it all starts with knowledge.

“Knowing what’s going on with yourself.

“That way you can have a plan of action if something is going on. 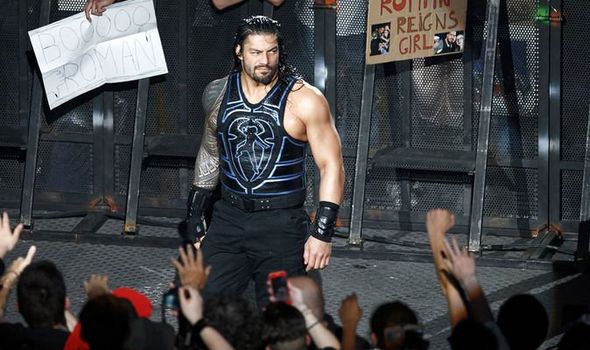 “But you know, you have to take those precautions.

“Coming from someone who has a physical and athletic background, I’ve always been in a position to train and work on my health and my fitness.

“But I think coming from someone who’s been on that athletic level of all kinds, I think the most — we’re always building ourselves up for competition.

“But I think the true competition in life, is being present, is surviving and being here on this earth as long as we can.

“So sometimes we have to take ourselves back from what our personal, our athletic, our career goals might be, and focus on the small things like ourselves.

“As you know, I’m sure, as a young man, a provider, someone with a family, we can always put people ahead of ourselves.

“We’re always putting the team in front of us.

“I think a lot of people go through the insecurity of thinking they’re being selfish.

“Trust me, I went through the same thing but if you aren’t protecting and you can’t provide for yourself, you can’t do the same for others.”