Tyson Fury is confident he would “flatten” WWE Champion Brock Lesnar if he ever decides to have another professional wrestling match. Fury crossed over to WWE on Halloween when he picked up a countout victory over Braun Strowman at Crown Jewel and is now focused on his upcoming rematch with Deontay Wilder, which takes place on February 22.

However, The Gypsy King would be keen to mix things up with another wrestling superstar in Lesnar, who is considered to be arguably the most dominant force in all of Vince McMahon’s promotion.

The Lineal Heavyweight Champion is not intimidated by The Beast as he claims he would knock him out in just 30 seconds in any type of fight.

Fury told the True Geordie podcast: “I fancy a fight with Brock, for sure. I watched a few of his fights.

In a WWE match or a proper fight, I can flatten Brock Lesnar in 30 seconds

WWE fans were impressed with Fury’s wrestling debut as he took on a lot of shots and bumps against Strowman, who even delivered his devastating Running Powerslam finisher on him even though his highly-anticipated fight with Wilder is just around the corner.

After his WWE outing, the former WBA, WBO and IBF World Heavyweight Champion is now interested in going toe-to-toe with UFC’s best. 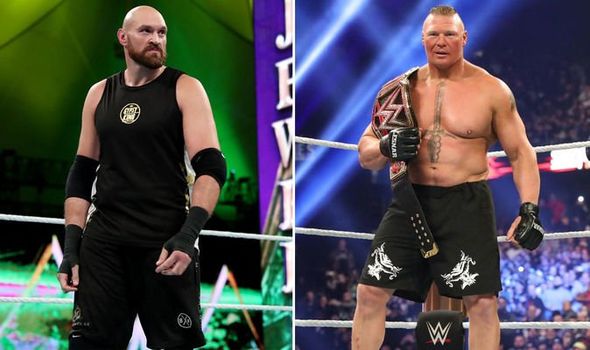 The British superstar has expressed his desire to face Stipe Miocic in a boxing match, similar to the fight between Floyd Mayweather and Conor McGregor in 2017.

Fury added: “Stipe says he wants to box me. That would be a good fight for sure.

“After I get Wilder out of the way I’ll fight Stipe in a boxing match if he wants it. 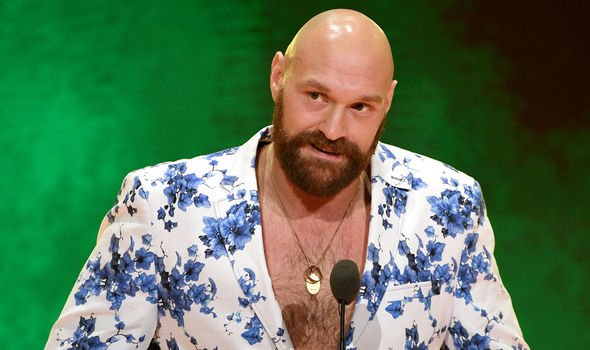 “It would be a big crossover fight like Mayweather and McGregor.

“I’m open to that fight so he should come and see me. It would be the same outcome for any of them, they’ll all get smashed.”

Fury made another WWE appearance on SmackDown in his hometown of Manchester shortly after Crown Jewel.

The British boxing superstar buried the hatchet with Strowman and hinted at a possible team-up between them in the near future.

Lesnar’s most recent match took place at Survivor Series where he defeated Rey Mysterio to retain the WWE Championship in an exciting bout.