Randy Orton defeated Drew McIntyre inside Hell in a Cell to become the WWE Champion for the 14th time in his career. The Viper has been battling with the Scottish Psychopath for months but finally won the gold inside the Cell.

After the match he took to Instagram and posted a picture of him alongside his former Evolution team-mates.

Orton, Batista, Triple H and Ric Flair now have a combined 50 WWE Championship reigns between them.

But Orton couldn’t help but take a shot at the Animal in a brutal four-word barb on the social media platform. 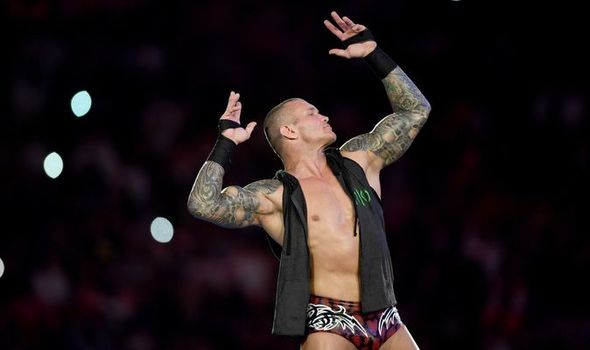 The reference was to Batista who left WWE and has since gone on to become a success in Hollywood.

The Animal has appeared most famously as Drax the Destroyer in Marvel’s Guardians of the Galaxy franchise.

Batista officially announced his retirement from WWE after his farewell match with Batista at WrestleMania 35 last year.

At the time he said: “This is a real wrestling retirement. I am done. My in-ring career is over.

“But I will not have another wrestling match.

“I will go broke before I have another wrestling match, and I will not go and wrestle for another promotion. It’s not going to happen.”

Orton has had a stellar 2020 which started at the Royal Rumble when he was eliminated by the returning Edge.

That led to the Rated R Superstar feuding with the Apex Predator and having a match at WrestleMania.

Orton then rekindled his Legend Killer character before facing off with McIntyre in recent months.

McIntyre won the WWE Championship at WrestleMania but lost the gold last night at Hell in a Cell.

Whether he will have a rematch in the coming weeks remains to be seen.

The next WWE event is Survivor Series on November 22 as shows without crowds continue due to the coronavirus pandemic.