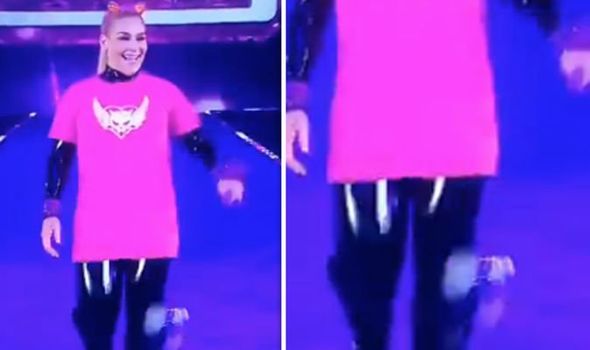 Natalya has a bottle thrown at her as she made her entrance to take on Lacey Evans.

The contest was the first ever WWE women’s match in Saudi Arabia, but unfortunately it was marred with one negative incident involving a member of the crowd.

Natalya beat Evans by making her tap out using her trademark sharpshooter move.

But despite the exiting finish, fans were still picking up on the bottle that was thrown as she made her entrance into the ring.

One WWE fan posted on Twitter: “Someone threw a water bottle at Natalya during her entrance. That’s not funny. It’s disrespectful. #WWECrownJewel”

Another wrote: “I’m so proud of Natalya she looks so happy to be there making history.

“But that loser who threw that water bottle at her can go kick rocks #WWECrownJewel.”

A third said: “That is so f***** up that someone through a water bottle at Natalya in #CrownJewel . It had her visibly shaken.” 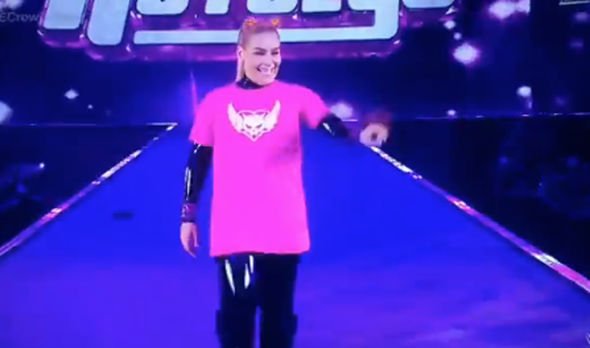 Another added: “I saw a water bottle being thrown at Natalya, that’s bad”

Both wrestlers wore bodysuits for the match to ensure their bodies were covered.

The same protocol is being followed from when Sasha Banks and Alexa Bliss competed in the first ever women’s match in the Middle East back in 2017 in Abu Dhabi.

It was a match that has been a long time in the making, with WWE officials keen to get a women’s match staged in Saudi Arabia for quite some time. 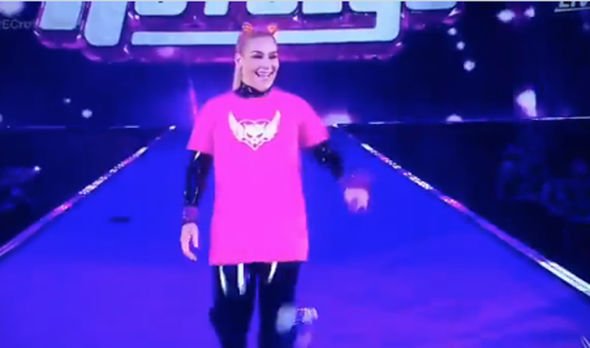 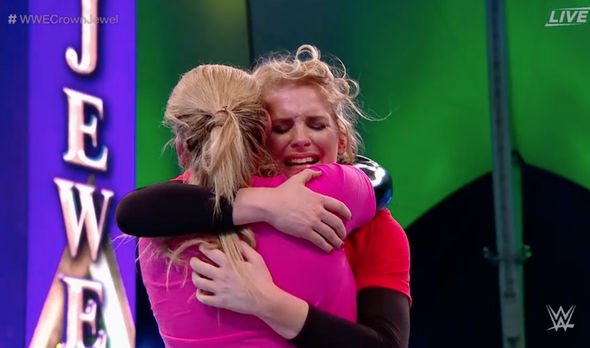 After the contest, you could see just how much it meant to the pairing.

They embraced with a hug before breaking down in tears, knowing they were part of a significant milestone for the sport.

Both were not prepared to let the water bottle that was thrown ruin a memorable occasion.