Chris Jericho insists nothing can ever scare him more than the night when he got punched in the face by legendary boxer Mike Tyson. Tyson made a name for himself in boxing with 50 wins and merely six losses under his belt in 58 fights but also managed to amass a number of fans from professional wrestling.

That is because of the heavyweight’s involvement at WrestleMania 14 in 1998 where he appeared as a special guest enforcer and turned on his supposed ally Shawn Michaels to help Stone Cold Steve Austin win the WWE Championship.

Iron Mike made another one-off appearance for Vince McMahon’s promotion as the special guest host of RAW in 2010 where he competed in a Tag Team Match with Jericho by his side against Triple H and Michaels of D-Generation X.

But the American fighter pulled off yet another swerve as he turned on his partner and fired a powerful punch at him to make amends with DX 12 years after WrestleMania. 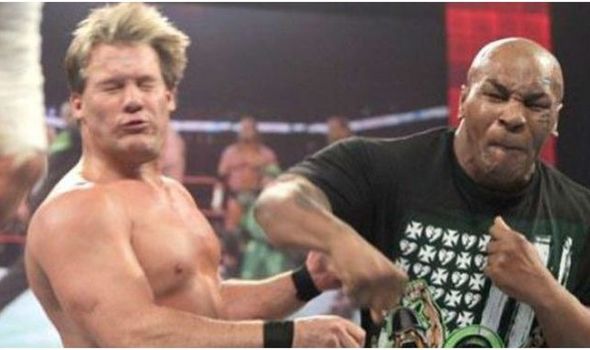 Of course Tyson didn’t use his full force and never fully connected with the punch but Jericho still gets chills when he remembers that night.

The AEW superstar thought he was the “craziest man on the planet” when he realised he was just standing there waiting to be punched by one of the toughest boxers in the world.

Jericho told the Las Vegas Review-Journal: “The moment before he swung at me, I told him, ‘Just wait until I put my hands up in the air, and swing. 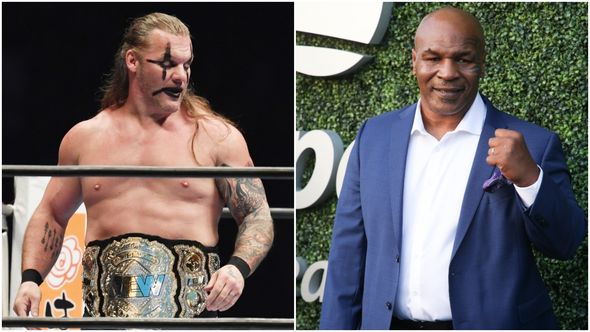 “Time stood still. I am the craziest man on the planet right now, because I’m waiting for Iron Mike Tyson to take a swing at me.

“I thought ‘I’m going to let him do it. Hopefully, he’s going to do it the proper way. But what if he’s mad? What if he misses?’

”He barely grazed me, but I felt a wind go by my face. That’s how fast he swung. It was like a ‘Swoosh!’

“Who swings that hard and leaves a vapour trail?! He was so fast and so powerful. I couldn’t imagine how powerful he was 20 years earlier.

“Nothing could ever scare me ever again, after standing face-to-face with Mike Tyson, knowing he’s going to swing at me, and giving him 100 per cent trust he’s not going to knock me out and kill me.”

Tyson is expected to make another professional wrestling appearance this Saturday at Double or Nothing, which will take place behind closed doors due to the coronavirus crisis.

The 53-year-old will present the new TNT Championship after the tournament final between Cody Rhodes and Lance Archer.

Jericho will also be in action as he will lead the rest of The Inner Circle, consisting of Jake Hager, Sammy Guevara, Santana and Ortiz against Matt Hardy, Adam Page, Kenny Omega as well as The Young Bucks.