Mike Tyson looked to be in phenomenal shape during his guest appearance at AEW’s Double or Nothing pay-per-view show amid his bid to return to boxing. Tyson participated in the wrestling show to present the new TNT Championship to the winner of the tournament final between Cody Rhodes and Lance Archer.

Archer’s mentor and WWE Hall of Famer Jake ‘The Snake’ Roberts tried to interfere but Iron Mike got in the way and made him cower to the back.

The boxing legend was furious at Roberts and even took his shirt off to reveal his ripped physique while he hurled threats at the wrestling great.

Cody picked up the win to become the inaugural TNT Champion and was ecstatic to have Tyson presenting him with the company’s new belt. 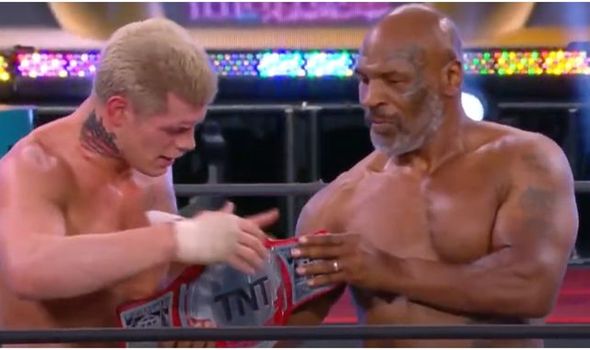 The AEW star and Executive Vice President said: “Special moment to have Mike there for so many reasons. Just surreal. That’s the best way to really describe it.”

Tyson has been working on a boxing return and recent training videos showed that he is still in incredible shape thus raising fans’ hopes of seeing him back in the ring.

The 53-year-old has been training with legendary MMA coach Rafael Cordeiro and has even been tipped for a trilogy against storied rival Evander Holyfield. 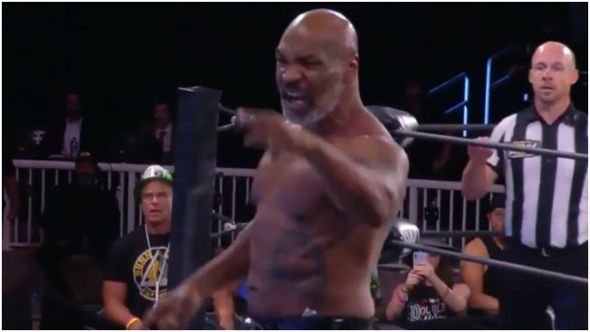 Tyson previously said: “Listen we’ve got so many guys that want to do this man.

“We’re in calls, we’re doing business with guys right now. You’re not going to believe the names when the names come out.

“Some time this week we’ll have the contract done. And whatever money we get, it’s going to somebody else.

“I’m not going to make any money – probably the company, my wife because she’s partners with me, she’ll make some probably. But my money is going [to charity].”

This is not the first time Tyson gets involved with professional wrestling as he also took part at WrestleMania 14 in 1998 as the special guest enforcer for the main event bout.

The heavyweight teamed up with Shawn Michaels and D-Generation X only to turn on them and help Stone Cold Steve Austin win the WWE Championship.

Iron Mike returned to RAW as the special guest host in 2010 where he teamed up with Chris Jericho to take on the reunited DX duo of Michaels and Triple H.

But the boxer made amends with the Hall of Famers as he knocked out Jericho to give them the win.