Just minutes after winning the NXT cruiserweight championship at the WWE Worlds Collide event, a cocky Jordan Devlin couldn’t wipe the smile from his face as the side plates on the championship were changed over to ones with his name.

“That was the result of 18 years of the wrestling business finally coming to fruition for me,” explained Devlin. “I always dreamt of being in the WWE and being a WWE champion, so it was just.”

That dream began for the “Irish Ace” as a kid watching WWE in Dublin. On this night, the 29-year-old would not only realize his dream but also do something that hadn’t been done before – become the first NXT UK talent to win the cruiserweight championship.

Join DAZN and watch more than 100 fight nights a year

“I was fully aware of what I was going to do and the history I was going to make,” said Devlin. “I knew the weight of expectations from the UK on me and I just wanted to do my brand proud and bring some gold back to NXT UK.”

It speaks to the talent that Devlin possesses to be put in that position. He’s already earned several advocates behind the scenes including WWE Hall of Famer Shawn Michaels. But the brash Devlin has also been talking a big game saying that a brand can be built around him. Immediately after winning the championship, he proclaimed to the audience that he is “pound-for-pound the best sports entertainer on the planet.”

It was just the latest example that he has no fear of talking himself into a high-pressure situation where he has to either put up or shut up.

“I’m a firm believer that nice guys finish last,” said Devlin. “You have to get all of the eyes on you and get the spotlight on you but then when stuff happens, you have to deliver. I’m always saying that I’m the guy.  Obviously, it was a big loss losing Pete (Dunne) to NXT in the States and I said I was the guy who could step up to the plate and fill those considerably large shoes. So, hopefully, I’ve done that now.”

The moment has been a long time coming for Devlin who began his training when he was only 12 years old. Since then, he has been making a name for himself across the UK with promotions such as Progress and Over the Top Wrestling (OTT) and now with NXT UK.

While fans were taking notice of him, Devlin still believed that he was the most underrated talent in all of wrestling. But that is not the case anymore.

“I felt when I first said it that it was true,” explained Devlin. “But talking a big game and getting more people to look at you has opened some people’s eyes to me and what I’m capable of. I’ve got some more high-profile matches and I’ve been put in the spotlight a little bit more. So, I don’t think I’m as underrated as I was when I said it.”

That mentality has changed for Devlin and with it, the bar has been raised even higher than before with being on a bigger stage as a part of NXT UK.

“Now, I’ve got my little bit of recognition and the weight of expectation from people like my childhood heroes – Shawn Michaels and Triple H – publicly saying that they think I’ve got a bright future with the company. That expectation obviously leads to a desire and a want to prove them right and not let them down,” he said.

“I think, also, when you’re the champion of a brand – and I fully intend on defending the belt on 205 Live, NXT in the States, NXT UK – and I’m only just now entering the championship realm so I want to defend the belt across all brands and be a fighting champion.”

Devlin winning the NXT cruiserweight championship opens up plenty of possibilities with him defending the title across the WWE and NXT brands. That means a very busy schedule and plenty of travel for someone who still lives in Ireland.

“This is the busiest I’ve ever been,” explained Devlin. “I’ve been home I think six days total since January 8 between being in the UK and the U.S. I landed back with the cruiserweight title early last week and as I was leaving the Dublin airport, I got a call from WWE telling me I was coming straight back out this week. But I relish it. This is the position I always wanted to be in. This is the position I imagined I would be in eventually. I’m just happy that I got to get out in front of more and more people and be in front of the WWE cameras longer and get my brand out there.”

While he expects to be busy defending his championship, he hopes that others get to crossover between the various brands.

“I look at the roster that we have now with NXT UK, the 205 Live guys and NXT in the States and everyone there under 205 pounds, I think it’s really the most talented roster that’s ever been assembled, really, in terms of guys who can have exciting, dramatic, storytelling matches. It’s a really exciting time to be a pro wrestling fan.”

While Devlin has lived nearly his entire life in Dublin, he is open to moving to the U.S. as his career evolves. But he has one thing that he wants to accomplish first.

“Obviously, I’d like to be the guy to beat WALTER and win the UK title,” said Devlin. “That will bring my time in the UK full circle before I took off for the States. Yeah, I’d definitely be open to moving over and trying my hand stateside for a few years.”

Devlin is among the many talents who have emerged in a thriving UK wrestling landscape that has blossomed over the past few years. Even he is amazed by what has happened in such a short period of time.

“It’s unbelievable the difference,” he explained. “It’s such a golden period for independent wrestling in the UK. Even today, I’ve come back from a Progress show in the UK and it was sold out to the rafters, jam-packed with really, really raucous, intense fans and it’s been like that for a few years now. Fight Club Pro and OTT have sold out shows every single month, multiple times a month, bringing in top talent from all over the world. So, it really is a golden period for independent wrestling in Europe right now.”

There might not be one particular moment when you could see a difference in the UK market when it turned around but Devlin believes you could see it comes considering the talent pool with the likes of himself, Dunne, Trent Seven, Tyler Bate, and many others.

“I think it was up and running with a group of guys and girls, about 30 or 40 of us, that we’re all hitting our stride at the same time,” said Devlin. “We’d all been in the wrestling business for 10, 12, 15 years and that made WWE and ITV start thinking about getting back on terrestrial television over here. That led to the formation of NXT UK a few years ago. It was always on the back of the guys and girls over here and the shows we were putting on, on an independent level that made WWE have a look at us.”

Another piece to that emerging UK scene was Drew McIntyre who returned after his first stint with WWE. The Scottish star was looking to rebuild himself from the ground up but also help build UK wrestling. His hard work paid off both fronts with McIntyre returning to WWE and now ready to headline WrestleMania 36 against Brock Lesnar.

“Talk about a guy reinventing himself,” said Devlin. “Drew is the perfect example of stick-to-it-tive-ness and not giving up on yourself and going away, regrouping, and coming back better than ever. He’s a huge inspiration not only for Scottish guys and girls on the roster that are his friends but for any young, aspiring wrestler. He’s just the total package.”

So, imagine what it was like for Devlin and his peers to see McIntyre win the Royal Rumble match and earn a title match at WrestleMania.

“It was awesome,” said Devlin. “We had a suite in the stadium and I was there with a few of the Scottish guys and girls, watching along, and they were just going ballistic for him. It was great.”

Devlin has also found inspiration in watching others from Ireland find success in WWE including Finn Balor – who helped train him – along with Sheamus and Becky Lynch. Now, it’s his turn to make a name for himself but also give back to his roots.

“Now, with NXT UK being a thing and me being able to jump back and forth from NXT UK to the independent scene and give back to the Irish wrestling scene, it’s an amazing middle ground that I’ve been able to walk and being able to interact with trainees here in Ireland,” said Devlin. 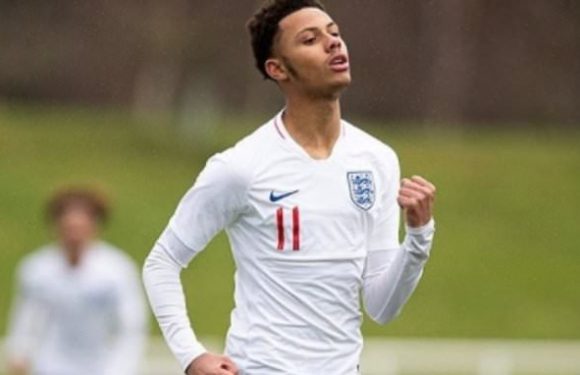 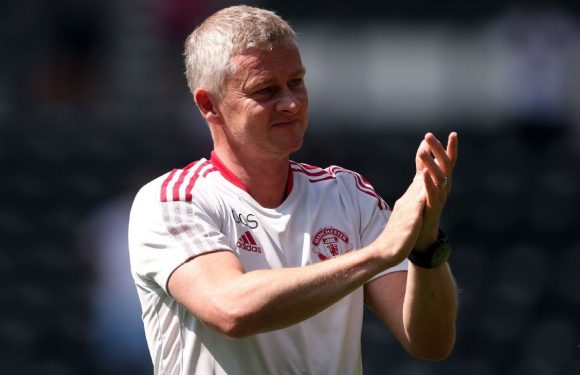