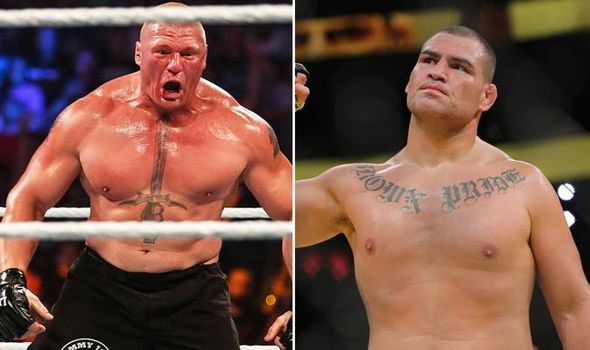 WWE Champion Brock Lesnar has been linked with a fight against his old UFC foe Cain Velasquez at WWE Crown Jewel in Saudi Arabia.

That is according to the publisher and editor of the Wrestling Observer Newsletter Dave Meltzer, who claims the two heavyweights will go head-to-head on October 31 in Riyadh for the WWE Championship.

Meltzer added that WWE have splashed a lot of money for that match and outbid rival promotion AEW who also approached Velasquez after he switched the Octagon for professional wrestling.

The two-time UFC Heavyweight Champion made his shock debut on Friday during SmackDown’s premiere episode on FOX at the Staples Center in Los Angeles after Lesnar defeated Kofi Kingston for the WWE Championship in just 10 seconds.

The 37-year-old fighter-turned-wrestler walked down the ramp with Rey Mysterio just four days after the savage assault The Beast launched at him and his son Dominick on RAW.

Lesnar, also known as The Conqueror, looked like he had just seen a ghost as UFC legend Velasquez stepped inside the ring and took the new WWE Champion down.

The California-native started throwing a series of punches to his former rival but the eight-time world champion managed to escape and ran to the back with his advocate Paul Heyman.

The two MMA heroes have some history with each other as Velasquez defeated Lesnar for the UFC Heavyweight Championship in 2010 with a TKO on the first round. 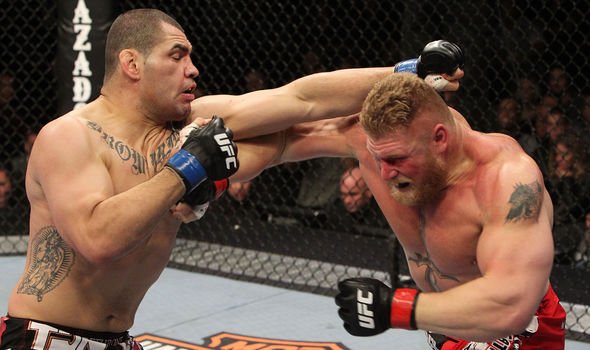 It is not yet known how long the UFC No8 has signed for in WWE but he recently withdrew from the USADA testing pool to focus on his professional wrestling career.

And it seems like he will be following in the footsteps of fellow UFC legends, such as Lesnar and Ronda Rousey.

Meltzer suggested that the deal he signed will be critical to the way the match finishes in Saudi Arabia.

Velasquez holds a 14-3 record inside the Octagon and has beaten the likes of Junior Dos Santos, Travis Browne and Antonio Silva.

The popular fighter also holds various other UFC records, such as the most knockouts and the highest significant strike percentage in the history of the heavyweight division.

His last fight saw him losing to Francis Ngannou via TKO on the first round last February.