Becky Lynch stated that she will “always stay involved” in WWE even though she is set for a lengthy absence from the ring. Lynch announced two weeks ago that she is pregnant and thus relinquished the RAW Women’s Championship to the 2020 Money in the Bank winner Asuka.

The birth is expected to take place by December and it is safe to assume that the Irish superstar is going to take plenty of additional time off in 2021.

However, The Man insists she is not yet done with WWE and hinted that she will indeed return to the ring one day as she considers the wrestling giants as her “actual family”.

Lynch told Sports Illustrated: “The WWE is my family, my actual family. I will always stay involved.”

JUST IN: Mike Tyson shows off INCREDIBLE physique as he helps Cody Rhodes at AEW Double or Nothing 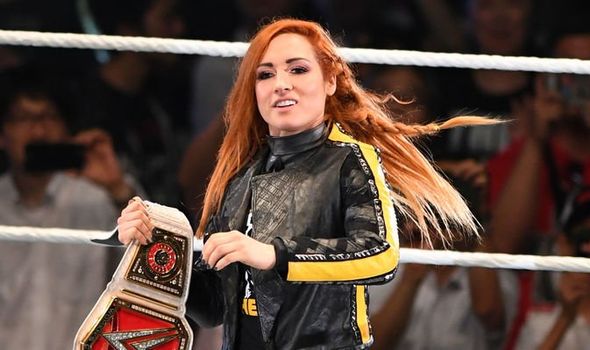 The Irish Lass Kicker is also honoured to have passed on her title, which she held on for a whopping 373 days, to Asuka, a competitor she holds in very high regard.

The Empress of Tomorrow is among the very few wrestlers who managed to beat Lynch during her dynamic rise to prominence last year at the Royal Rumble. 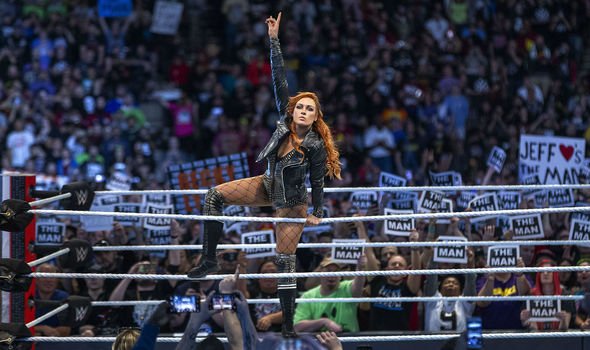 And the 33-year-old grappler insists that the Japanese superstar is totally worthy of the title after being “robbed” of the SmackDown Women’s Championship last year.

Asuka lost the belt to Charlotte Flair shortly before WrestleMania 35 in a turn of events that sparked immense reaction from the WWE Universe as fans thought she deserved a longer reign.

Lynch added: “Passing that championship onto Asuka meant a lot. She really, really deserves it.

“And another element that people missed, because it’s not really advertised, is that she’s a working mom. She’s proven that you can do it all.

“You can be a badass and go off and have a family, you can come in and still kick more ass, have a YouTube show, and be entertaining as all hell. The fact that she was the person to take that title from me meant a lot to me.

“I’ve had some of my favorite matches with her. Asuka’s cool, she’s so good and she’s a hard worker.

“She wants to give back and she’s not selfish. Around March of 2019, she was kind of robbed a little bit of her title. I was glad this time she was able to get it back.”

Lynch is considered by many to be WWE’s biggest superstar after she won the first ever all-women’s main event match at WrestleMania against Charlotte and UFC Hall of Famer Ronda Rousey last year.