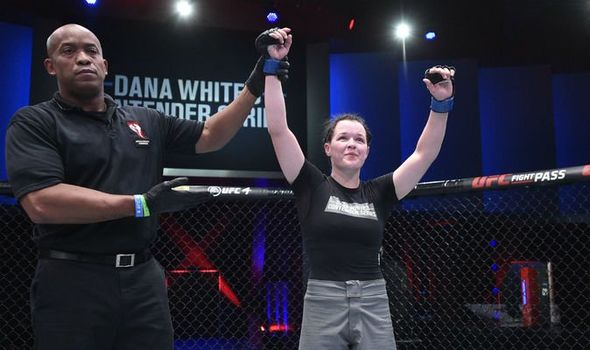 At the tender age of 21, Cory McKenna is the youngest Brit to be on the Ultimate Fighting Championship’s books. What’s more remarkable than McKenna’s age, however, is the time it took her to reach the promised land of mixed martial arts.

The Welshwoman fulfilled her dream of signing with the UFC a little less than two-and-a-half years after making her professional debut at Cage Warriors 91, where she kicked off her career with a first-round TKO victory over Maria Vittoria Colonna.

Ticking off a life goal at such a young age is something few can boast about, although McKenna is refusing to toot her own horn.

“It’s amazing,” the Cwmbran-born McKenna told Express Sport when asked to recall landing a UFC contract. “I’ve not been as active as I want to be, which is funny saying that as I’ve only been fighting for a few years.

“I’m a few fights behind where I want to be, but I’m here. So that’s great. It’s amazing. It’s always been a goal of mine. So to tick that off… I don’t really know what to say, haha. It’s very exciting for me and it’s a great opportunity. So I’m looking forward to it.” 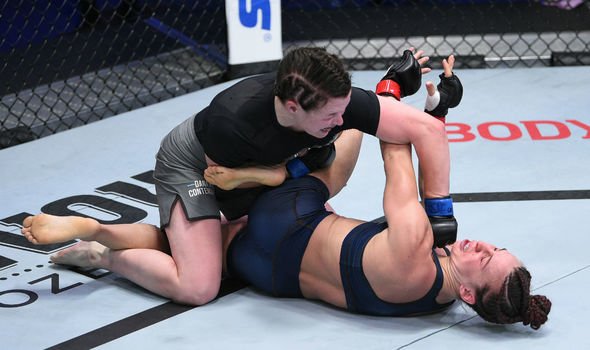 Cory McKenna on joining the UFC

As elated as McKenna is to be on the UFC roster, she admits it took a while for her to truly accept she’d fulfilled her quest to compete in mixed martial arts’ premier promotion.

McKenna booked her place in the UFC roster with a unanimous decision victory over former LFA strawweight champion Vanessa Demopolous on week two of the 2020 instalment of Dana White’s Contenders Series.

McKenna was drafted in on short notice to take on the durable Demopolous, who was riding high on a four-fight win streak. The gamble well and truly paid off.

“It completely felt surreal,” McKenna said of the moment UFC president Dana White announced she’d earned a contract. “And it was kind of like a whirlwind. It happened so fast. Before the fight, I was running around getting stuff sorted and then I jumped in there.

“I was an underdog going into that and it was short notice and I hadn’t really had much preparation and stuff,” she continued. “But for me, it was a great opportunity to show that I’m always ready and I’m that I’m at that level and I can hold my own.”

The UFC’s acquisition of McKenna was a landmark moment for Welsh mixed martial arts as it saw her become the first female from Cymru to join the promotion. The accolade is a badge of honour for the Cage Warriors graduate. 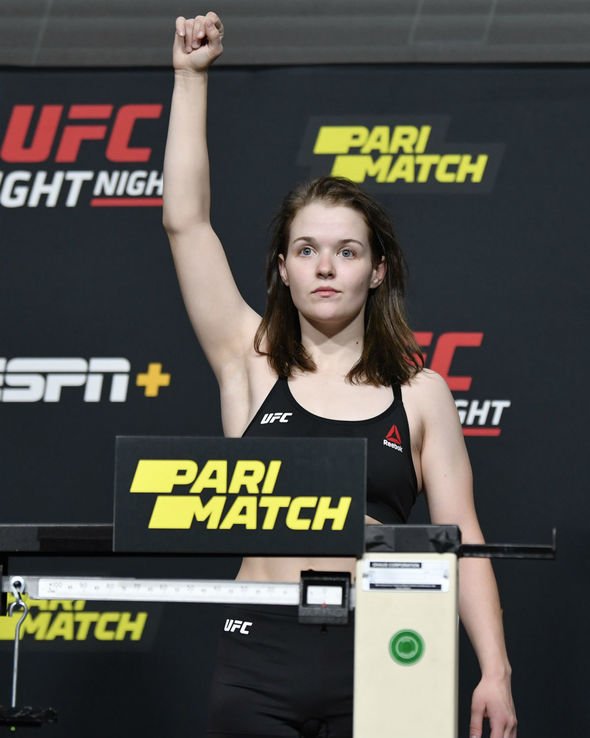 “It’s a great accolade to have and it’s an honour to be on the roster,” McKenna said. “There’s a lot of high-level Welsh talent coming through at the moment. Jack Shore, Mason Jones and all those lot.

“It’s great to be able to join them and show everyone that even though we’re a small country, there’s a lot of talent coming out of there.”

Hansen – herself a recent acquisition by the promotion – has already earned her UFC stripes – picking up victory in her June debut against Jinh Yu Frey. 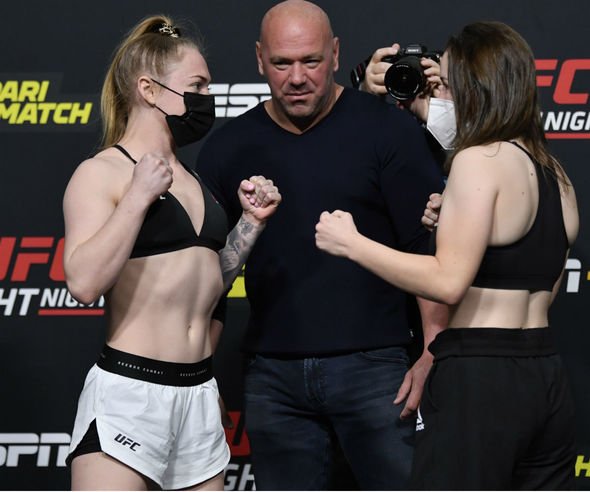 McKenna is relishing the prospect vs prospect showdown and foresees a “nitty-gritty affair coming to fruition.

“I think we match up quite well stylistically,'” McKenna said. “I think it’s going to be a skilful performance. But at the same time, neither of us are afraid to throw down. Which is a point Dana made after Contenders.

“We’re both young and stubborn and we’re both going to be desperate for that win. It’s going to be a very skilful fight, with the potential to get nitty-gritty.

“I think it’s going to be exciting for everybody, for sure.”