Terence Crawford says he would happily fight Conor McGregor in the UFC if the money is right, after comments from his promoter Bob Arum earlier this year that he wanted to make a fight between the two combat sports stars. Crawford is the WBO welterweight world champion.

McGregor has had one boxing bout before, against all-time great and five-weight world champion Floyd Mayweather.

Mayweather stopped McGregor in the 10th round of their money-spinning fight in 2017 and the Irishman has since fought twice in the UFC.

Crawford, a three-weight world champion himself, is often talked about as the pound-for-pound best boxer in the world, along with Vasyl Lomachenko. 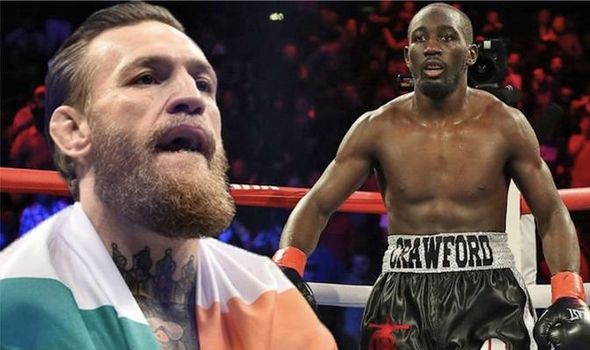 Crawford, nicknamed Bud, also has a wrestling background, having competed in the sport at high school.

And he says he would have no qualms with entering the octagon to fight McGregor, so long as the money is right and the terms are fair.

“He hasn’t come to me with nothing like that but people kept coming up to me asking ‘would I ever do it?’ And my answer was ‘yeah, if the money is right’,” he told iFL TV.

“Me, as a fighter, I’m always looking for a challenge. I’m so competitive in everything I do.

“If somebody was to challenge me and everything was set up financially and on even terms, then we got a fight.

“There’s no ifs, ands or buts about it.

“It’s kind of like when you’re a little kid, and somebody challenges you, you know that kid can fight but you don’t wanna fight him because he’s a wrestler. 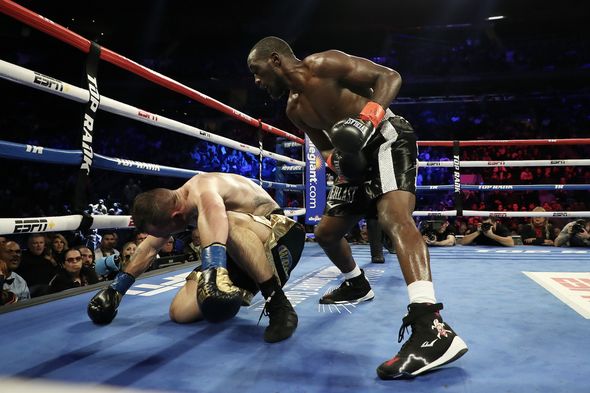 “I’m gonna jump out there and bust him in his mouth, you know what I mean?

“I’m not going to not fight you because you know something that I don’t know.

“No, we’re going to fight and we’re gonna see who wins.

“So when things like that get talked about or come to fruition and people go ‘would you do this?’… Yeah I’ll do it.

“He came over to boxing and fought Floyd Mayweather, nobody expected him to do that.

“Why would nobody expect me to go into the Octagon?”