World No 1 and 20-time Grand Slam champion Novak Djokovic has revealed he set out to win four Grand Slams and Olympic gold before the start of the season.

Djokovic, who has already won the Australian Open, Roland Garros and Wimbledon titles this year, is on target to complete a calendar Grand Slam, but the Serb wants to add Olympic gold to his trophy-laden collection and complete the Golden Slam.

Germany’s Steffi Graf is the only tennis player to achieve that feat in 1988, but now Djokovic has high hopes of joining the 22-time Grand Slam winner in the history books. 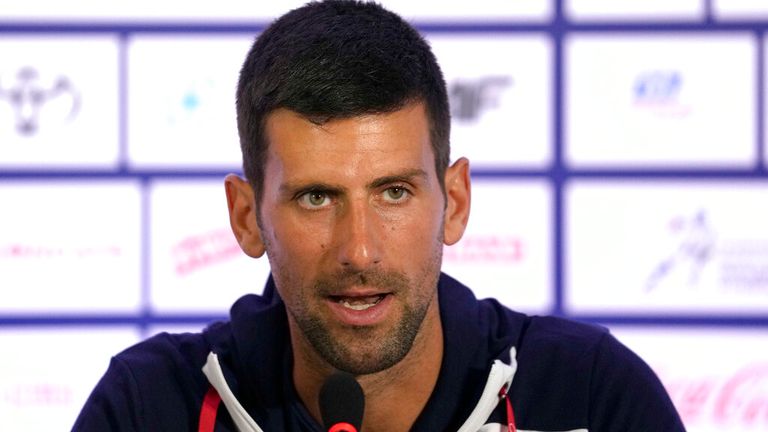 “Even before the start of this season, four Grand Slams and Olympics, that is what I set out for myself, I wanted to play the best tennis, and be in the top form.”

Should he win Olympic gold too – the one title that has eluded him so far – Djokovic would be on course to become the first man ever to win all four majors in a year plus an Olympic title ahead of the US Open.

“I am aiming towards highest medal, gold, that is not a secret. That is a huge goal, huge ambition,” said the 34-year-old Serb.

“Even before the start of this season, four Grand Slams and Olympics, that is what I set out for myself, I wanted to play the best tennis, and be in the top form.

“The schedule is a bit tense, having in mind that Grand Slams are too close to the Olympics, but I prepared very well for months before the Olympics.

“I had many matches where I won, which additionally boosts confidence and new dose of energy. And when you play for your country it is a great honour and privilege.”

He added: “I am yearning for a medal in Tokyo, hopefully gold, and then I’ll go to New York aiming to complete it all.”

Cannot disappoint my little friend Koujirou. I booked my flight for Tokyo and will proudly be joining #TeamSerbia for the Olympics. 🇷🇸 pic.twitter.com/23TmSdvc4x

Fresh from her breakthrough Grand Slam performance at Wimbledon, world No 3 Aryna Sabalenka is heading to the Olympics determined to win a medal for Belarus and says she has no reason to fear any of her rivals in Tokyo.

The 23-year-old made it to the semi-finals at the All England Club before losing in three sets to Czech Karolina Pliskova. 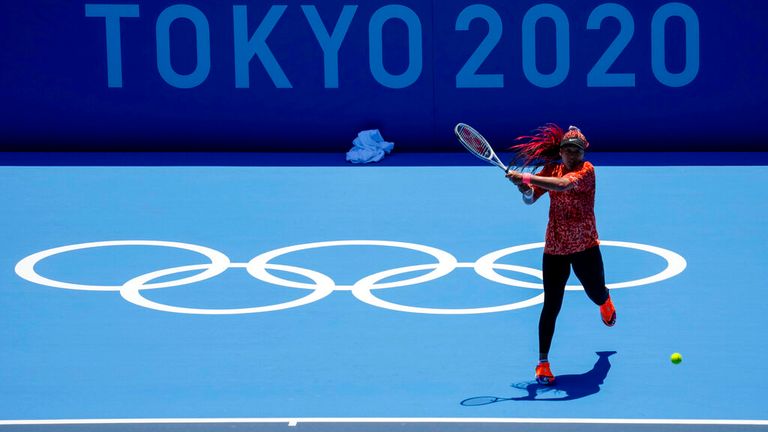 World No 1 Ashleigh Barty of Australia and home hope Naomi Osaka are expected to be Sabalenka’s main challengers at the Ariake Tennis Park.

“I will do everything I can to make this dream (come) true,” Sabalenka said, adding that just thinking about the Olympics gave her goosebumps.

“I am looking forward to the fights. This is something really unbelievable. I’m not afraid of anybody.”