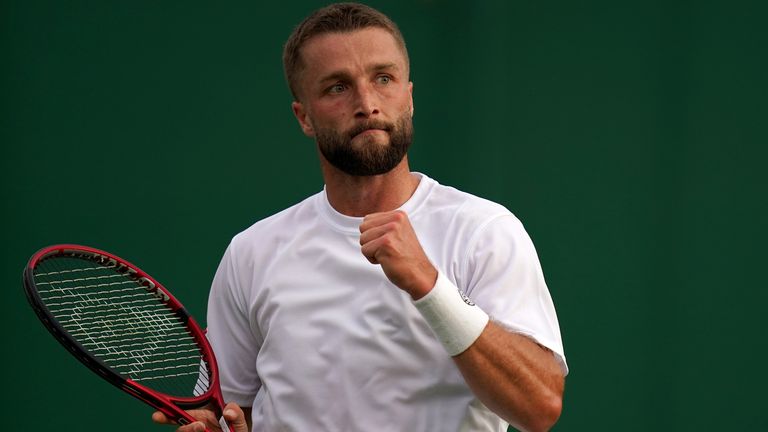 Liam Broady has been named as a late addition to Team GB’s tennis squad to compete in the men’s singles at the Tokyo Olympics.

British No 5 Broady was offered a place in the tennis draw by the International Tennis Federation due to his world ranking.

Dan Evans pulled out of the Tokyo Games last week after the British No 1 tested positive for Covid-19, suffering the same frustration as Britain’s top female player Johanna Konta.

World No 141 Broady will make his Games debut alongside Andy and Jamie Murray, who himself was a late addition after Evans’ withdrawal, Neal Skupski, Joe Salisbury and Heather Watson.

🇬🇧 @Liambroady will make his debut at #Tokyo2020

“This is brilliant news for Liam, and I am delighted he is able to take up the spot and represent Team GB at his first Olympic Games in Tokyo,” said Team GB Tennis team leader Iain Bates.

“Thanks to the BOA and ITF for their hard work behind the scenes to ensure that Liam was able to take advantage of this opportunity.”

The Tokyo Games have been hit by a number of high-profile withdrawals from the singles events, including Roger Federer, Rafael Nadal, Dominic Thiem and Serena Williams.

The Games take place from July 23 until August 8.