Five years and counting since the last new Major winner in men’s tennis but even though Rafael Nadal won the US Open, the elite might finally have a serious challenger in Daniil Medvedev

The tears flowed as Rafael Nadal sat on the Arthur Ashe Stadium, watching a montage on the giant screen chronicling all nineteen of his Grand Slam triumphs.

He was physically and emotionally shattered, having just needed to produce one of his greatest fights to see off Daniil Medvedev to win an epic US Open final.

Somewhere in Switzerland Roger Federer was giving himself another kick about his failure to take his chances in the Wimbledon final this year, because his lead on the all-time leaderboard of Major wins is now hanging by a frayed racket string. 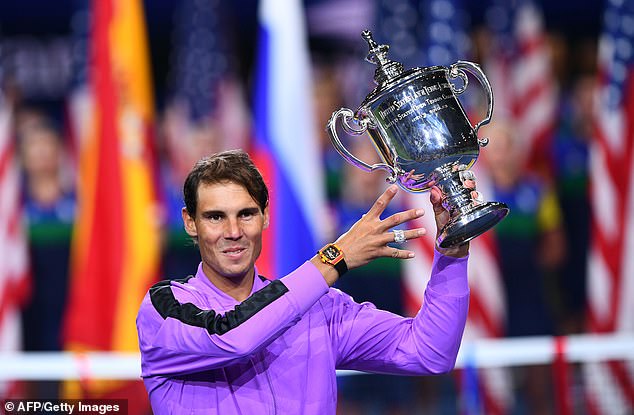 Novak Djokovic, the other part of the trinity, was probably looking at an American crowd chanting the name of a Russian, and wondering why he struggles to find a similar place in their affections.

Nadal tries to keep in proportion the battle with his two rivals for who can win the most Grand Slam events, pointing out that coveting what your neighbour has is not the true path to contentment.

‘You can’t be all day looking next to you (thinking) about if one having more or one having little bit less, because you will be frustrated,’ he said later, before flying home immediately.

‘I would love to be the one who has more, yes. But I really believe that I will not be happier or less happy if that happens. What gives you the happiness is the personal satisfaction that you gave your best.’

Yet it would be naive to think that him finishing top of this particular Champions’ League is anything other than a burning ambition. 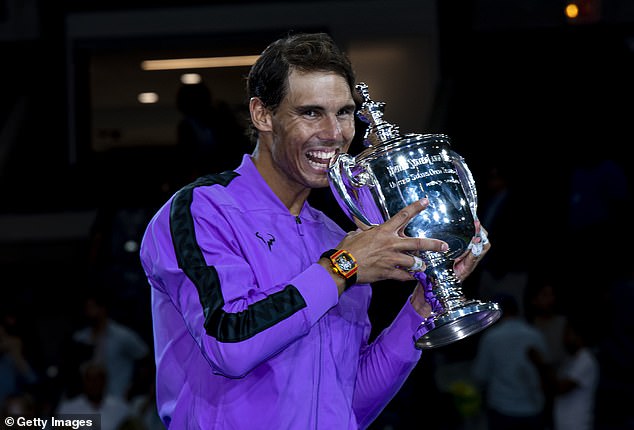 ‘I feel honoured to be part of this battle,’ he added. ‘If that attracts fans and creates interest among people then it’s good for the sport, no?’

Mats Wilander, the seven-times Major winner, was positing the opinion after the match that one by-product of this fortnight is that Roger Federer may now be energised to compete hard until he is at least 40.

It should also sharpen the appetite of the Djokovic, once he gets fit again. The Serb does not give much away in public about his injuries, but there are those around the ATP Tour who say he is more concerned about the current problems with his left shoulder than he was about his elbow, which eventually required minor surgery.

Another thing to emerge from Sunday is that the ageing trio might now, at long last, have a serious younger challenger who can deprive them of the bigger trophies.

It was not just Medvedev’s stamina, athleticism and fighting spirit that were striking on Sunday night, but his ability to problem-solve and change his game. 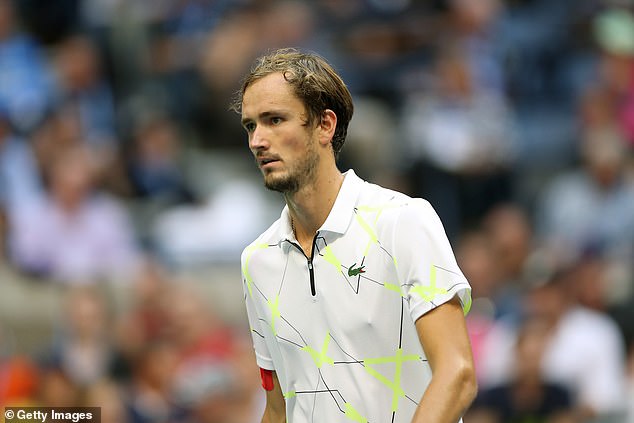 The way he combined his metronomic hitting from the back with forays to the net gave him enough break opportunities in the deciding set to have completed one of the greatest comebacks of all.

Perhaps his near-miss will inspire his contemporaries. At the start of the Grand Slam year, when Stefanos Tsitsipas beat Federer in Melbourne, many thought it was the Greek who would be the next cab off the rank.

The final Major of the season ended with the wiry Russian – who twelve months ago had not suggested he was anything special – looking clearly the best of the younger players.

A measure of his sudden ascent is that he was not a pick for the seven-man Europe team to take on the rest of the world in the Laver Cup, taking place later next week in Geneva (although there is still a vacant spot to be filled).

That is where Nadal and Federer will next convene, although the Spaniard’s itinerary for the rest of the year is unconfirmed because he is getting married in October.

And while Medvedev has injected youthful promise into the proceedings, the record will show that Nadal and Djokovic split the Grand Slam singles titles between them this year. Croatia’s Marin Cilic remains the last new Major winner in men’s tennis, five years ago and counting. 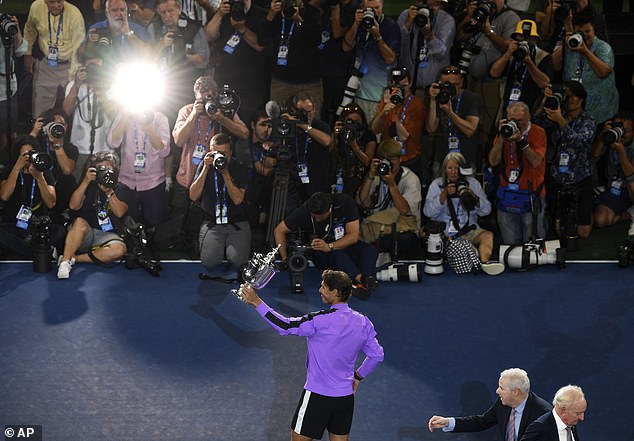