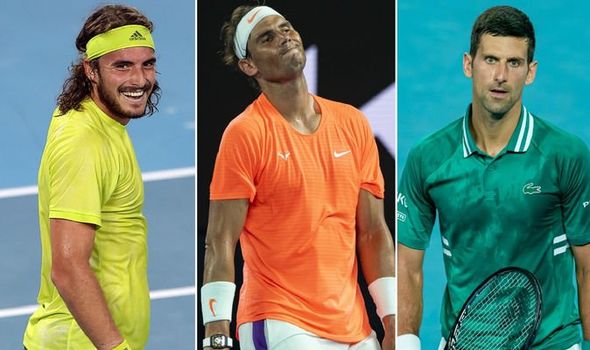 Stefanos Tsitsipas insists he used the lessons he learned from his French Open semi-final defeat to Novak Djokovic last year to help him beat Rafael Nadal in the Australian Open quarter-finals on Wednesday.

The Greek came from two sets down and won a fifth set tiebreak to defeat world No 2 Nadal and clinch a third career Grand Slam semi, in which he will face Russian Daniil Medvedev.

Tsitsipas attempted a similar comeback against Djokovic at Roland Garros back in October and saved a match point before winning sets three and four.

However, Djokovic rallied to win the deciding set 6-1 and set up a clay-court final against Nadal, which he lost emphatically as the Spaniard drew level with Roger Federer on 20 majors.

But Australian Open sixth seed said that the experience of that defeat helped him to overcome Nadal in Melbourne. 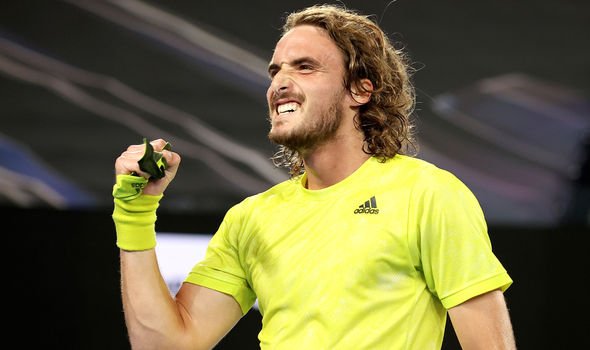 “It might have passed in my mind, but, like, the semi-final of the French Open was completely different of that match today,” Tsitsipas said.

“There were some [similarities] – that fifth set against Novak, I have spoken about it. My body, it cracked up. I couldn’t move on the court.

“So I wouldn’t really consider it as a fifth set. He just knocked me out. He didn’t give me opportunity to play fifth set, which is good for him. He managed to push me to the limits, and, yeah, couldn’t finish the match. But I finished it.

“Today was a bit different. I was feeling much better physically, and I think there is a little bit to learn from that match that I played at the Roland Garros. 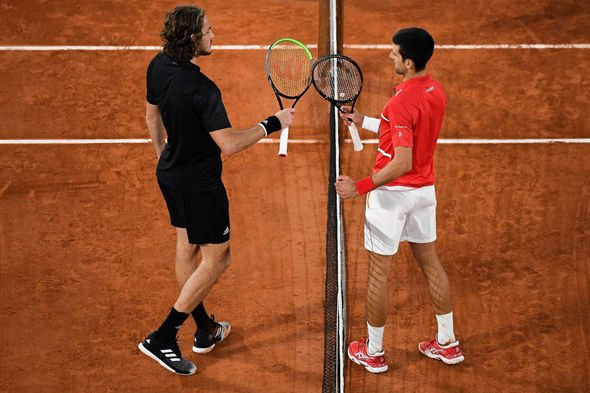 “I take an experience, and I think if I’m smart enough, I’m gonna take it and take those lessons and I will apply them to the future.”

Tsitsipas won just six games in a straight sets Australian Open semi-final loss to Nadal two years ago but did not allow his head to drop after losing the first two sets here.

He explained: “It would be weird if I was stressed and pissed at myself after being 2-Love down, I think. It wouldn’t really make much sense. I brought myself to that situation.

“So I had to stay relaxed, had to stay present but relaxed, and had to adjust few things. See what doesn’t work.

“I don’t know why I just, I woke up today and I felt really relaxed and I just felt like things are going to be, to go my way.

“I don’t know how to explain it. I was very serene during the match, regardless if it was the first set or the fifth one. 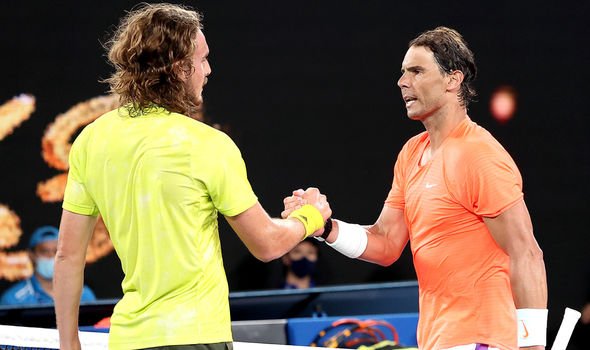 “Maybe, I don’t know, the absence of the crowd kept me like this. I’m not even sure. I’m trying to analyze it myself, but I’m very proud the attitude that I showed.

“And it’s a good example. I think it’s good for me to be that way. Nothing can go wrong. I think there is only benefits and positives out of it.

Defending champion Djokovic takes on Russian qualifier Aslan Karatsev in the first semi-final on Thursday before Tsitsipas takes on Medvedev, on a 19-match winning streak, on Friday. 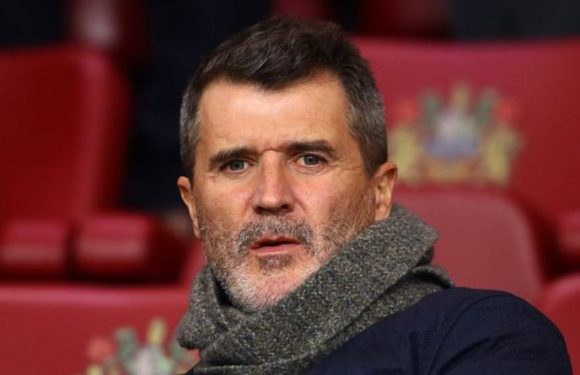