‘It was the best day for tennis’: Serena Williams’ coach Patrick Mouratoglou says American’s infamous meltdown at umpire Carlos Ramos in 2018 US Open final was good publicity for the sport

Patrick Mouratoglou well remembers the morning after the night before, when Flushing Meadows had been shaken to its foundations.

His player, Serena Williams, had come close to being defaulted from the 2018 US Open final, losing to Naomi Osaka amid angry confrontations with umpire Carlos Ramos.

The French coach was at the centre of it, having been called out by the official for giving illicit hand signals from the stands to the great American. 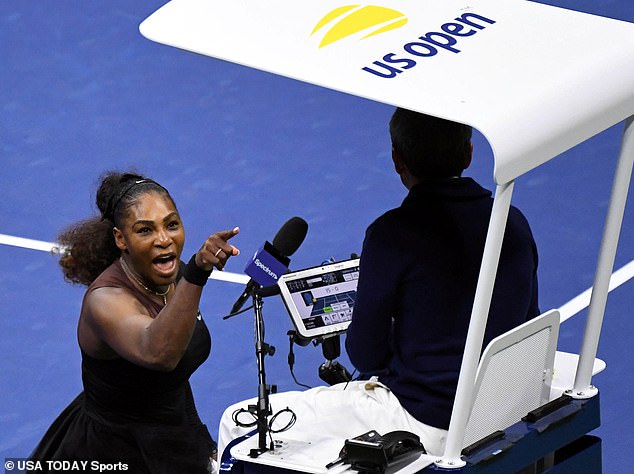 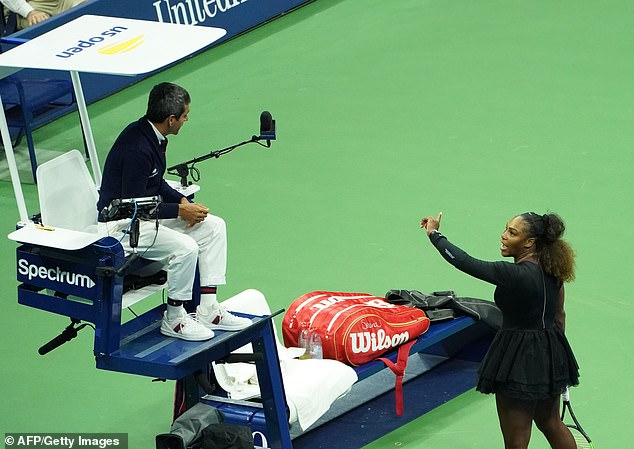 The following day Mouratoglou reported for duty with ESPN, the channel with whom he does some expert analysis in New York.

‘Every morning we have a meeting of everyone involved. I came in the room and they were all there,’ he recalls. ‘There was silence because everyone was feeling uncomfortable.

‘I stood up and I said ‘listen guys, yesterday was the worst day ever for Team Serena because she lost and because of what happened. But it was the best day for tennis, because tennis is everywhere, it’s great for tennis. So it depends how you look at it’.’

In Mouratoglou’s book there is no such thing as bad publicity for tennis – even when it involved him being on the receiving end of widespread opprobrium.

His broader concern is that the sport is losing its audience, and is increasingly out of step with modern viewing tastes, especially among the young.

With that in mind he has created the ‘Ultimate Tennis Showdown’ to be held this month at his academy in Nice. It features a strong eight-man field who will play in an undisclosed new format with license to express their personalities, something he feels we need to see more of in the modern game.

He talks a lot of sense when it comes to diagnosing the problems facing the sport in 2020. It is less easy to agree with his protestations that he and Serena were badly wronged on that tumultuous day in New York.

‘Of course it is not very comfortable when you are in the eye of the storm but I am not scared, I am very relaxed,’ he says. ‘I didn’t do anything wrong, I just did what all coaches do all year long. I think he (Ramos) did a terrible job, but we all make mistakes. Coaches coach (from the stands), we all know that. 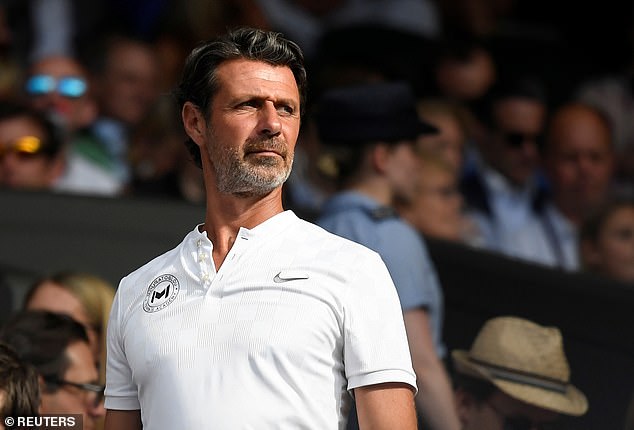 Mouratgolou, who also counts Stefanos Tsitsipas among his clients, should find much wider approval for his belief that tennis needs more human drama, which is what his new format hopes to deliver.

‘People watch sports like they watch a movie, they want to feel emotion. Watching tennis today is like watching a movie full of very nice people doing nothing wrong. We lack a bit of authenticity.’

He can cite the example of when Serena drew Maria Sharapova, with whom she never got along, at the 2018 French Open. The match did not happen due to injury, but it attracted enormous anticipation until its late cancellation.

‘When you have rivalry and two people who apparently hate each other, it brings the drama to another level, so of course it drives a lot of emotions. You want to take sides. The biggest female sports star on the planet is Serena, and it’s because she is everything but flat.’

Mouratogolou’s high profile and burgeoning empire attract some envious glances within the game, but there is no question he is one of its sharper thinkers, and one prepared to challenge its tendency to blindly maintain everything is perfect. 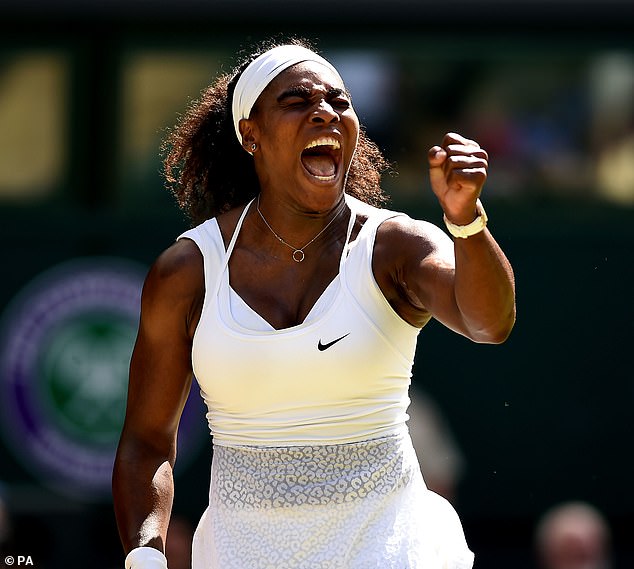 ‘I love tennis but I think it is in trouble and I’ve know that for a long time. The fans we have are usually those that fell in love with the game in the 70s or 80s, and we are living too much on that fan base.

‘I don’t think the personalities were better then than they are now, but people were expressing themselves more. The surfaces have become too uniform, it’s is why we got rid of a lot of game styles. We end up producing clones in terms of behaviour and game styles.

‘It’s a denial of what human beings are, we are diverse and different. Players don’t dare be themselves, they feel they will be judged and they will lose their contracts. They create an image that they think people expect, and it’s a big mistake. The biggest star ever was McEnroe.

‘People like watching real people and at the end of the day they know when it is fake. There is no villain, people fighting against each other, it’s like the opposite of boxing.

‘Don’t try and be someone else, accept that people will like you or love you. If we get the support we are going to change tennis. Too often we wait and then think we have to suddenly change everything, so I am trying to avoid that and make changes in good time.’

His best-known player, Serena, has been in America during the lockdown, with the clock ticking away on her hopes to win another Grand Slam as she approaches her 39th birthday in September. Among the game’s biggest names she has probably kept the lowest of profiles in that time.

He is evidently keen to avoid to discussing her directly, but his response is interesting when you ask if she will be ready and raring to go when the international game finally restarts. 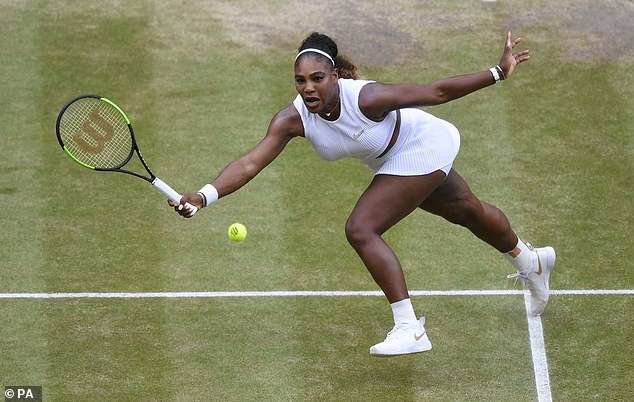 ‘It’s difficult, it’s a sport in which you have competition all year long so you always have a short term goal and tennis players are raised with that since they are kids. Suddenly nobody knows when they are going to compete again. So it affects the motivation of everyone. I think people will need a few months to get completely ready after it starts.’

Has she been training hard? ‘She is doing the same as everyone, she is training.’

We will probably learn more this week about when the international restart might be, with the ATP Tour expected to hold a conference call with its players on Wednesday. Some players are clearly uneasy about travelling to the US. Mouratgolou points out that it is hard to guestimate, because ultimately it is governments making the decisions.

When the starting gun fires he expects the more experienced players to have an edge, and that people should not anticipate the much-vaunted ‘changing of the guard’ in the men’s game to happen too soon.

‘People were asking me about Stefanos, can he win a Grand Slam? Of course he can but at the moment winning a Grand Slam is the most difficult it has been in the history of the game. You have to beat at least two of the best players of all time to win a Grand Slam while they are playing at their best.

‘Stefanos beat Roger at the Australian Open (2019) and then he had to play Rafa, and if he had beaten him he would have to have played Novak. How difficult is that? So when you talk about changing the guard you have to remember this’.

Tsitsipas and Matteo Berrettini are the two top ten players featuring in the Ultimate Tennis Showdown, which begins next Saturday. The format is likely to be shorter than normal tennis, with fewer rules governing on court behaviour and interaction with coaches. Regardless of when the tour returns, Mouratoglou pledges that it will be a long-term project.