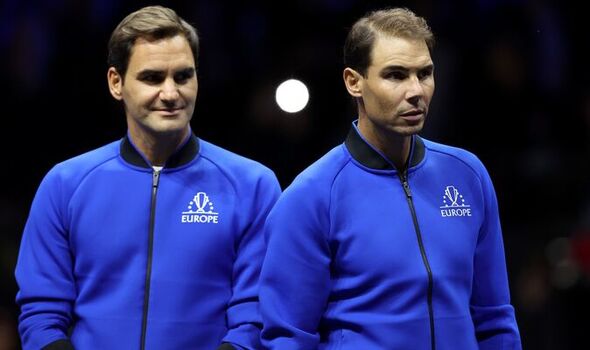 Casper Ruud has claimed that there will be some “tears” at the Laver Cup on Friday night when Roger Federer plays the final match of his career alongside Rafael Nadal. The world No 2 earned the first point of the tournament for Team Europe before ‘Fedal’ will bid to add to their scoreboard later on as the Swiss star’s retirement draws closer.

Federer will say farewell at London’s O2 Arena on Friday night as he partners Nadal for the first doubles match of the Laver Cup weekend, with the duo facing Team World’s Jack Sock and Frances Tiafoe. And some of the pressure has been relieved from the former world No 1s as Ruud got Team Europe off to a winning start.

The 23-year-old needed a match tiebreak to defeat Sock – who is on double duty today – 6-4 5-7 [10-7] in the first match of the 2022 Laver Cup. And after getting Europe on the board with their first point, he previewed tonight’s historic match.

“It’s been all smiles and laughs so far but I’m sure there’ll be some tears when Roger steps off the court for the first time,” the world No 2 said in his on-court interview. “One of the greatest of all time, no matter what sport. Up there as one of the all-time greats, not just a tennis player.”

JUST IN: Laver Cup fans queueing for an hour to see Djokovic for 30 seconds 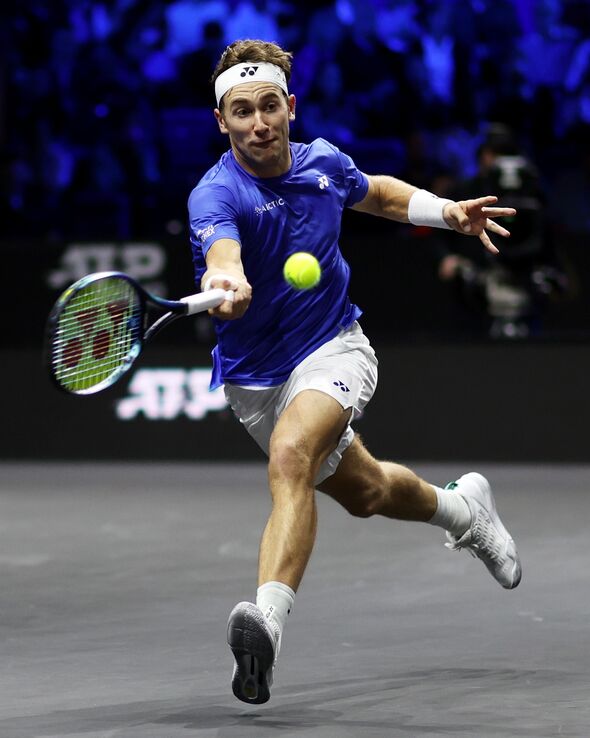 The recent US Open runner-up also admitted he was excited to get to witness Federer’s final match in person, as he told the crowd they were in for something special. “I feel lucky to be in the arena and witness it very close,” he smiled.

“People with tickets will have probably some of the best times of their life.” Ruud also gave some insight into being on a team with the Big Four, as Novak Djokovic and Andy Murray hve also joined Federer and Nadal on the same squad for the first time in tennis history. 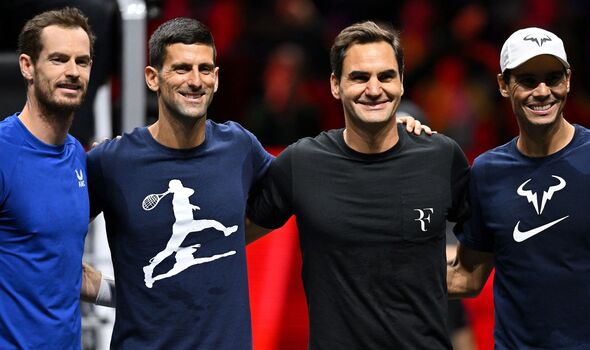 Laughing he explained: “Well the Big Four, they know each other better than I know them so they have their good old histories and jokes around them.

“So I’m hanging a bit behind on internal jokes I guess but thats okay, they’re funny. Very gentle and nice with me so it’s just an honour to be part of the team. Hopefully I can learn a thing or two – I know I can learn many things from them but hopefully some specific things I can take in the future.”