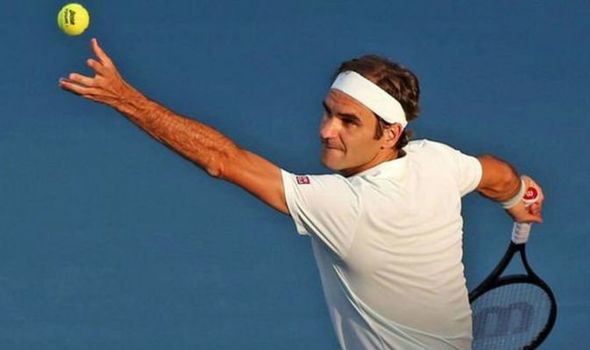 Albot had won his last eight matches in Miami, Florida and he showed no fear as he broke Federer in the opening game of the match and held on impressively to win the first set 6-4.

With Albot continuing to play at a high level, the tension in the crowd on the Hard Rock Stadium was evident but Federer finally broke his opponent in the final game of the set and won it 7-5.

The third set was evenly matched but a few too many errors from Albot opened the door for Federer and he broke late on, then served out the match to take his place in the third round where he will play Filip Krajinovic

ROGER FEDERER VS RADU ALBOT AS IT HAPPENED

Federer on the brink but he survives. Just!

Stunning from Federer as he drills a backhand down the line, 0-30. Two break points as Federer forces Albot into a tough shot.

Federer goes wide on the first break point. But Albot goes long with a forehand and Federer breaks. He will now serve for the match.

Brilliant from Albot as he passes Federer at the net. Federer goes long with a forehand, deuce.

Federer wide serve forces an Albot error but the Moldovan hits back with a forehand winner down the line.

And a 13th ace seals the game. His serve came to his aid in a big way there. 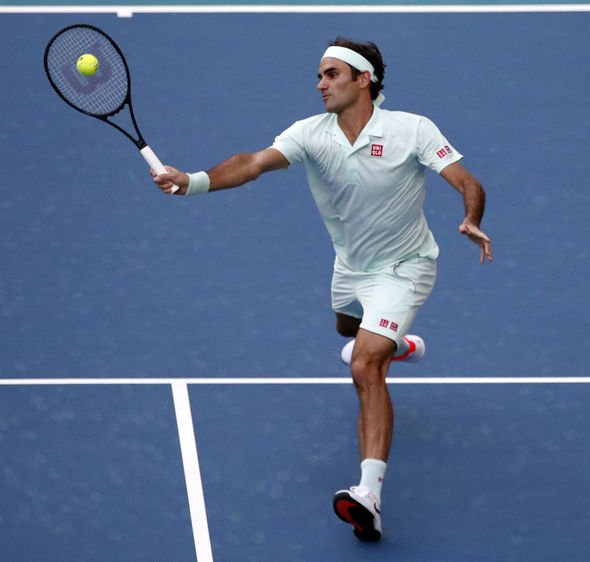 Chance for Federer as his backhand flick catches out Albot, 15-30. But Federer nets yet another return. He’s struggled all night.

Federer screams out when after a backhand goes well long. And another game gets away from him.

Great composure from Albot though.

Strong serving from Federer as he holds to love again. If he can cut down on the errors, the match is on his racket.

Impressive Albot backhand catches the line and a good wide serve then catches Federer out, 40-15.

But Federer forces Albot back to deuce. Another poor Federer forehand goes wide but Albot nets with his own forehand. Neither player is at their best.

Albot hangs with Federer, going toe-to-toe, and comes out on top.

Love hold for Federer. A worrying stat for Federer is that he’s made 33 unforced errors.

It has been a really error-strewn display from the 20-time Grand Slam champion. 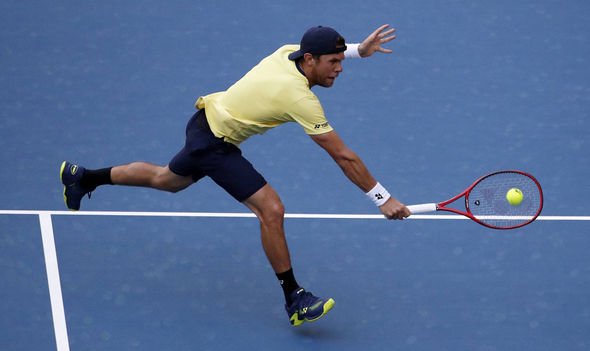 Federer goes on the attack with his forehand and is in full flight, 30-all.

Albot backhand goes wide, deuce. Good tennis from Albot as he gets to the net well and puts away a volley.

Federer nets a backhand and it’s game Albot. Too many errors from Federer once again.

Ideal start for Federer as he races to 40-15 and he finishes with an ace.

Excellent volley winner from Federer to start the game but a gorgeous Albot backhand smash levels it up.

Relief for Federer as he takes control of the rally, then finishes with a backhand volley and forces the match into a third set.

Good aggressive play from Federer in this game. But Albot responds with further evidence of his quality.

Clench of the fist from Federer as he walks to his chair. Albot to serve to take the match into a tiebreak. 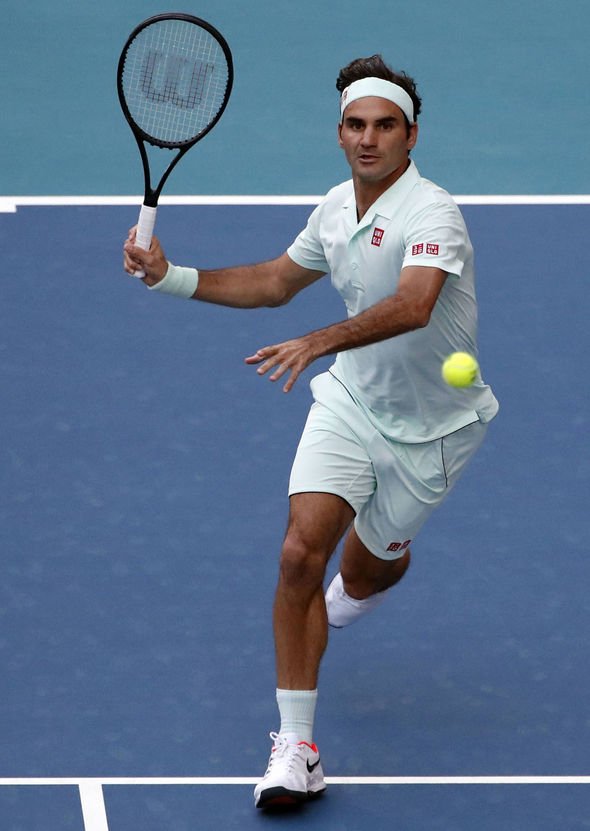 Albot nets a backhand, 30-all. But Federer follows with his own error and then another forehand return mistake.

Routine service game for Federer. He will want to put the heat on Albot in the next game.

Break point Federer as Albot nets a forehand. But Albot stays calm and forces an error.

And the Moldovan survives the scare to come through. He’s played the big points so well.

Ten unforced errors from Federer in this set. And it means Albot is having to do very little to stay with Federer.

Relief for Federer as Albot goes wide with a makeable forehand. Federer ace.

And there’s a fist pump from Federer as he survives that scare after an Albot error.

The errors from Federer’s forehand side are killing him at the moment.

And a backhand return goes long to keep the set on serve. 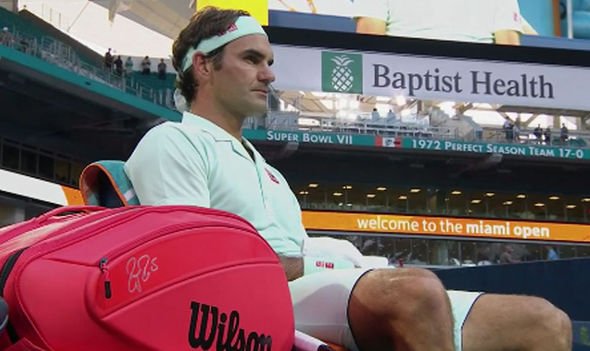 Still far from convincing from Federer but he closes out the game with a volley.

It is hard work for the Swiss at the moment.

Huge slice of luck for Federer as his backhand clips the net and flies over the advancing Albot, 0-15.

But three consecutive errors from Federer follow. And an unreturned serve gives Albot the game.

Federer gets to 40-0. And an ace seals the game. Federer is trying to play with a bit more authority and power.

Federer goes on the offensive and takes Albot to 30-30.

But more composure from Albot and errors from Federer’s racket level the set.

Better start from Federer as he holds to love.

Albot nets a forehand to fall 15-30 down. But Federer shanks a backhand return well wide.

Nice forehand winner from Albot, 40-30. And he takes the opening set as Federer goes long with a return.

Great skill by both men in a nice rally and Federer comes out on top.

Albot to serve for the set next…

Federer then mis-hits a forehand return to move to within a game of the set.

Brilliant from Federer as Albot puts the pressure on but flicks a backhand winner.

If he didn’t already know it, Federer is in for a tough match.

Another excellent game for Albot. He plays a lovely drop shot and then a flicks a volley winner into the open court.

Nothing is coming easy for Federer at the minute as Albot continues to show little nerves.

But a deft drop shot gets Federer the game and keeps him in touch. 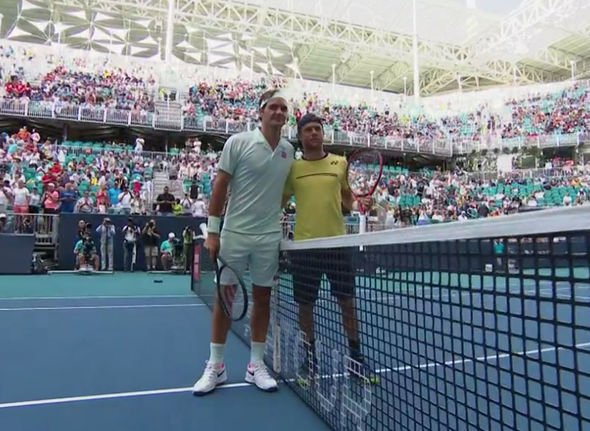 Chance for Federer but he goes wide with a backhand down the line, 40-30.

And the Albot comes through another service game.

Better service game for Federer as he holds to 15 and gets on the scoreboard.

Albot’s turn to go 0-30 down. And a forehand into the net hands Federer three break points.

Albot saves the first two break points. Then the third with a forehand winner.

Another break chance for Federer but his backhand is just millimetres out.

And Albot comes through to make a perfect start.

Early problems for Federer as he slips to 0-30. Then a missed forehand hands Albot two break points.

Federer saves the first. But he drops serve as a forehand clips the net and goes wide. Shock start.

21:41: Federer and Albot are out on court. Federer lost the toss but will serve first.

Federer will be on NEXT!

20:50: And the match will go into a third set after Hsiei completed the fightback and won a second set tie-break.

20:15: Osaka currently leads by a set and break in the second set over Hsiei.

Elsewhere, Serena Williams has withdrawn from the Miami Open with a left-knee injury.

20:00: Good evening and welcome to live coverage of Roger Federer’s opening match of the Miami Open.

The Swiss star faces Radu Albot and is due on the court once the match between Naomi Osaka vs Hsiei Su-Wei finishes.