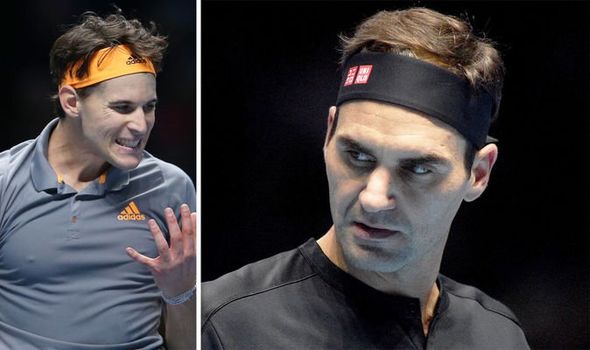 Roger Federer says he is playing knockout tennis in his remaining two ATP Finals matches after falling to a surprise 7-5, 7-5 defeat against Dominic Thiem.

The Swiss star will take on Matteo Berrettini on Tuesday and Novak Djokovic on Thursday.

And he will likely need a faultless display from here on in if he is to make it to the semi-finals at London’s O2 Arena.

“My forecast, it’s a normal tournament from here on forward. Not allowed to lose anymore for me,” Federer said.

“That’s how it is every week of the year for the last 20 years, so from that standpoint there is nothing new there.

“Matteo, with his serve, with what he can do, obviously any opponent is dangerous here. He didn’t obviously have the best match today against Novak, you know.

“It’s probably also the toughest way to start off the World Tour Finals, playing Novak on the indoors, because he rarely has hiccups as well early on in tournaments.

“But, yeah, I’ve got to recover, I’ve got make sure I play better than today, and hopefully I can win that match.” 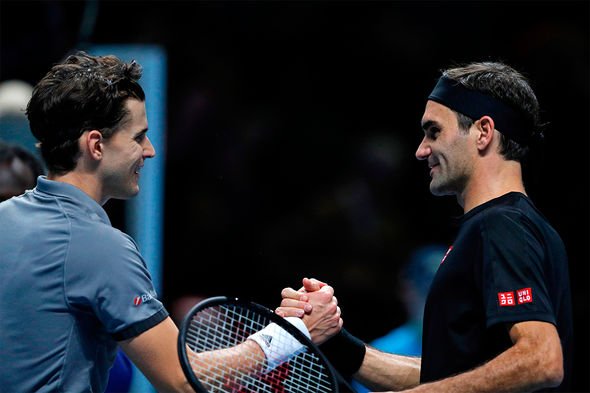 Thiem was extremely impressive during his drubbing of Federer and showed both sides of his game to defend a crucial break point early in the second set and clinically finish the showdown in the tense final stages.

Federer added: “I thought he played well. Yeah, I mean, the start definitely didn’t help. That put me, you know, on the back foot a little bit.

“But I recovered well, and I thought after that the match was actually pretty even for a long period of time.

“Had my chances, I felt, you know. Didn’t feel like I was outplayed or anything. 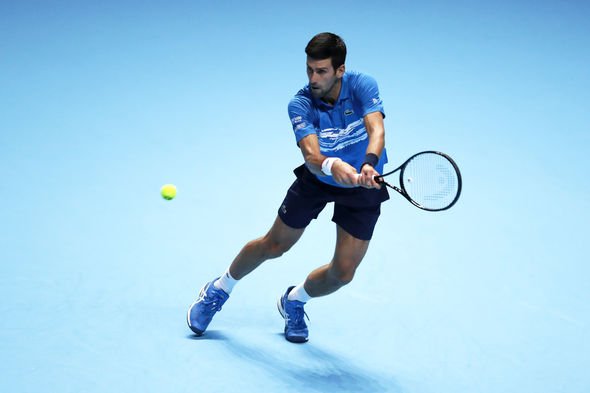 “Just maybe that first-round hiccups a little bit, not hitting your spots on the serve when you need to, getting into trouble early in the service games which maybe doesn’t happen later on in the tournament.

“I thought also Dominic saved himself real well when he had to, so I thought he played a tough first-round performance today.

“And my game was probably just not good enough, and the start didn’t help.”

Earlier in the day Djokovic thrashed Matteo Berrettini 6-2, 6-1 so he will take on Thiem on Tuesday.