Coco Gauff, shining new star of Wimbledon, was not even born when Roger Federer won his first title in 2003.

Now, an astonishing sixteen years on from that initial triumph he will go for a ninth championship after he froze time by beating Rafael Nadal 7-6, 1-6, 6-3, 6-4 in a repeat of their classic 2008 final.

Federer, an unlikely 37, will face Novak Djokovic after an astonishing display which saw him just about hold his nerve in a crunching climax at the end. 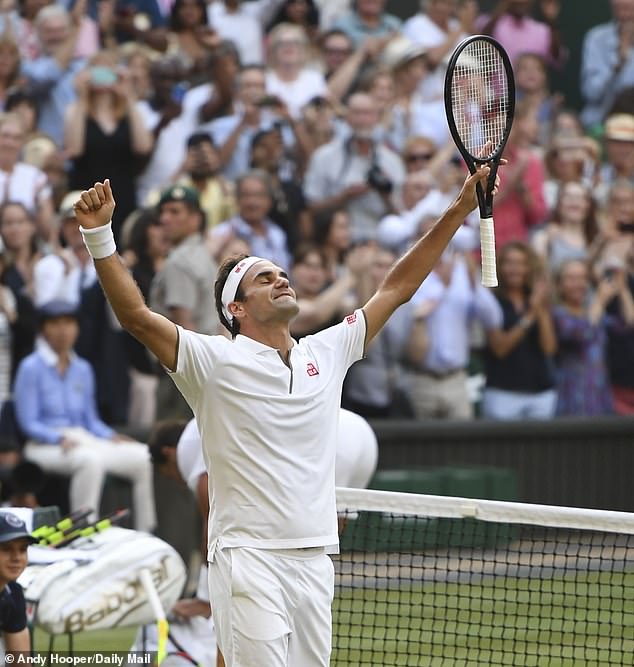 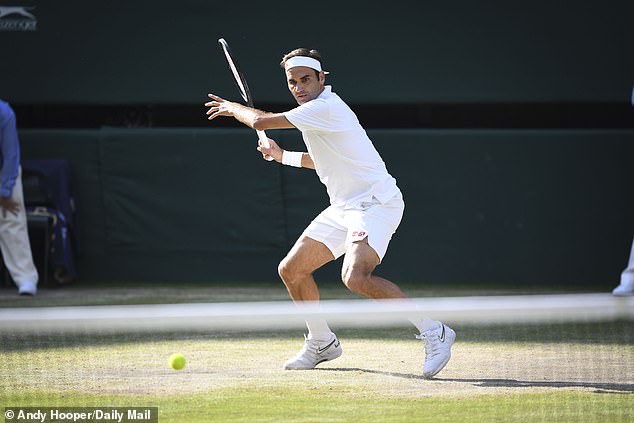 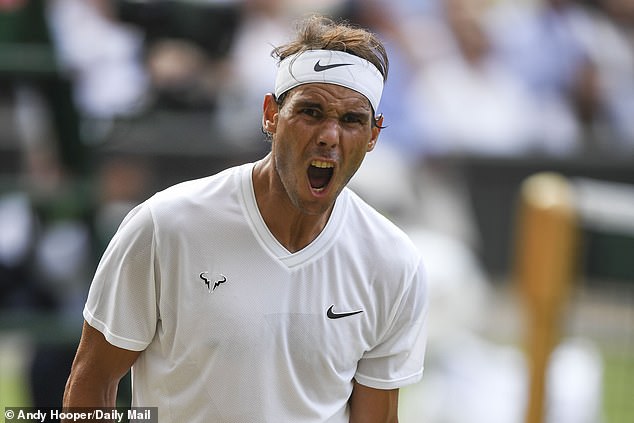 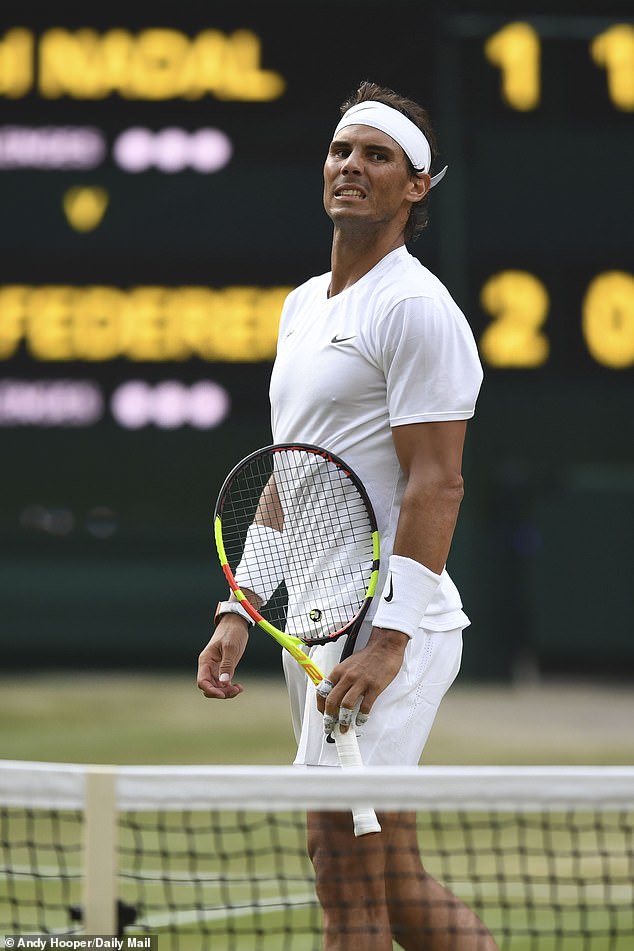 Five match points were needed, and a break point saved, when he came out to serve for the match at 5-4 in the fourth before the two men walked off together in unison.

Not only had he dominated coming forward but he also outpunched Nadal from the back of the court, winning 45 out of 76 points that lasted five strokes or more.

‘I’m exhausted it was tough at the end, he played some unbelievable shots,’ said Federer. ‘I had spells when I was serving well, that first set was huge but he came back very strongly. It was a joy to play.

‘Novak played great, he is the defending champion and has been rock solid. It will be very difficult.’

Nadal said: ‘I didn’t return serve well and he was in control of the match, I started to play much better at the end of the match but it was too late.

‘He played aggressive, a great match, congrats to him.

‘He is always able to make the most difficult things look easy. He puts pressure on you all the time because he has the ability to take the ball earlier than anyone else.

‘He doesn’t give you time to open up the court. It’s great to be part of this rivalry among three players, it will be difficult to see it again but we are not done.’

There is a bigger war at play in these battles over Wimbledon’s closing stages, that of who can bag the advantage in the all-time Grand Slam winners tally. Nadal will be left on 18, while Federer will go to 21 or Djokovic will head up to 16.

Such has been the dominance of the big three that this fixture had been on the cards since the draw was two weeks previously, and now here it duly was on a sunlit but breezy main arena.

Sometimes it seems like the men’s game has been frozen in aspic since the mid to late 2000s. Many fans would not complain too much about that, and while Federer and Nadal may have slightly thinner hair they have not changed a vast amount. 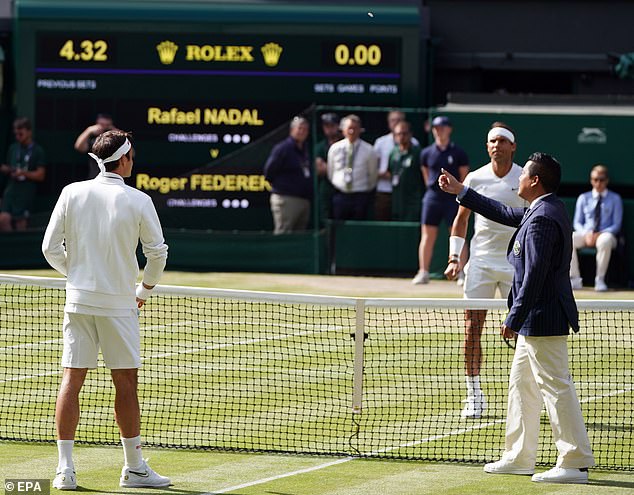 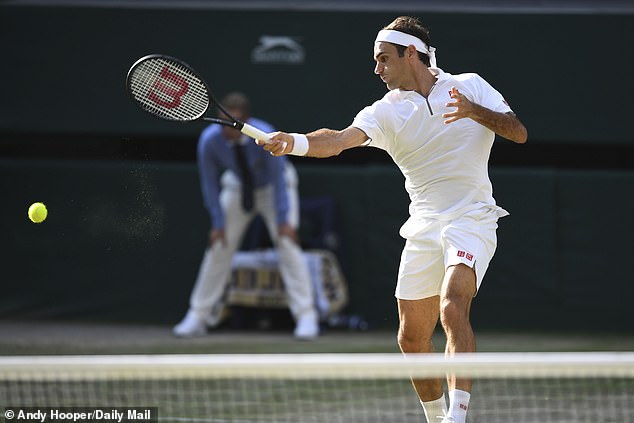 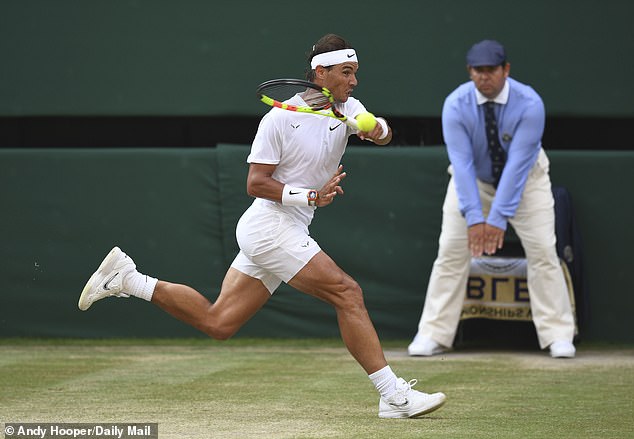 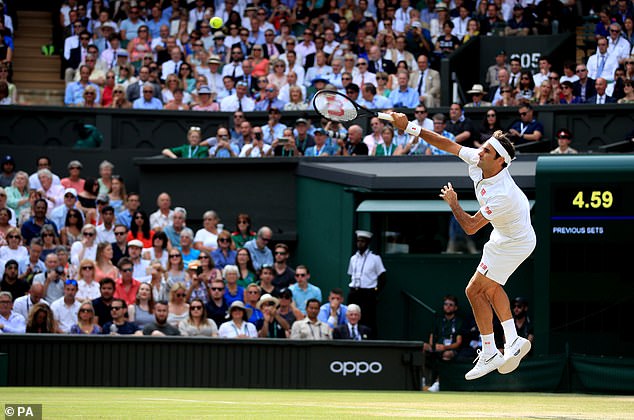 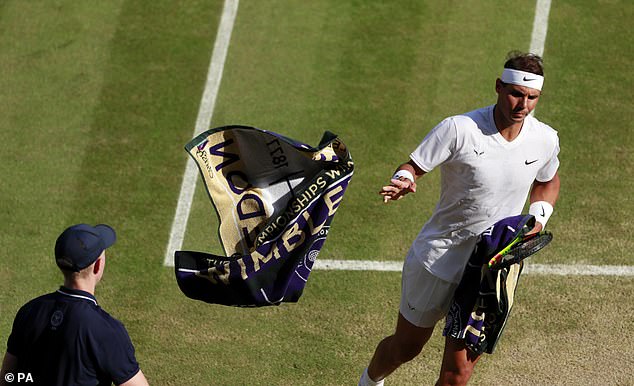 The clearest superficial difference from that famous night in 2008, which concluded at 9:15pm, is that Nadal was then wearing a sleeveless shirt and shorts so long they were almost like pantaloons.

While his shorts may have shrunk his serve has grown a lot since, and the first seven games were in huge contrast to the first semi-final without a rally in sight as each man dominated off their own delivery.

The match briefly ignited in the eighth game when Federer forced a break point, only to dump a backhand in the net.

The tiebreak initially went in Nadal’s favour but at 2-3 the Swiss electrified his returns and when he thumped a forehand down the court to take it 7-3 the crowd, which had been far more balanced than for the Djokovic match, rose to acclaim him.

There seemed to be a conscious decision to move forward in the second set and he saved two break points before missing, crucially, two of his own. The second one was a deflating failure to even get back a short serve from his rival.

That changed the momentum completely and once he had been broken to love in the next game Federer did not so much lose the second set as resign from it.

When he unsuccessfully attempted one of his ‘sneak attack’ returns there was the sense that he just wanted it out of the way and to move onto the next one, perhaps as an energy conservation move. 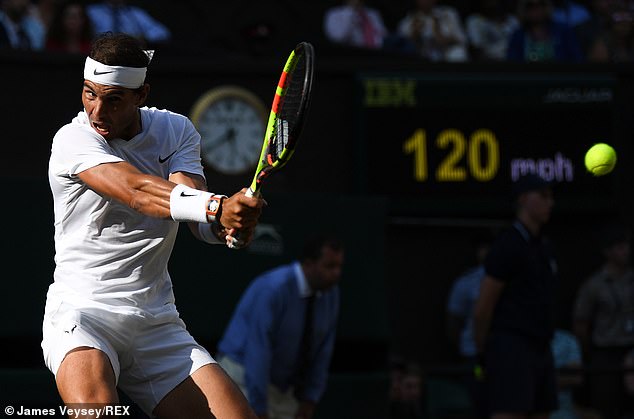 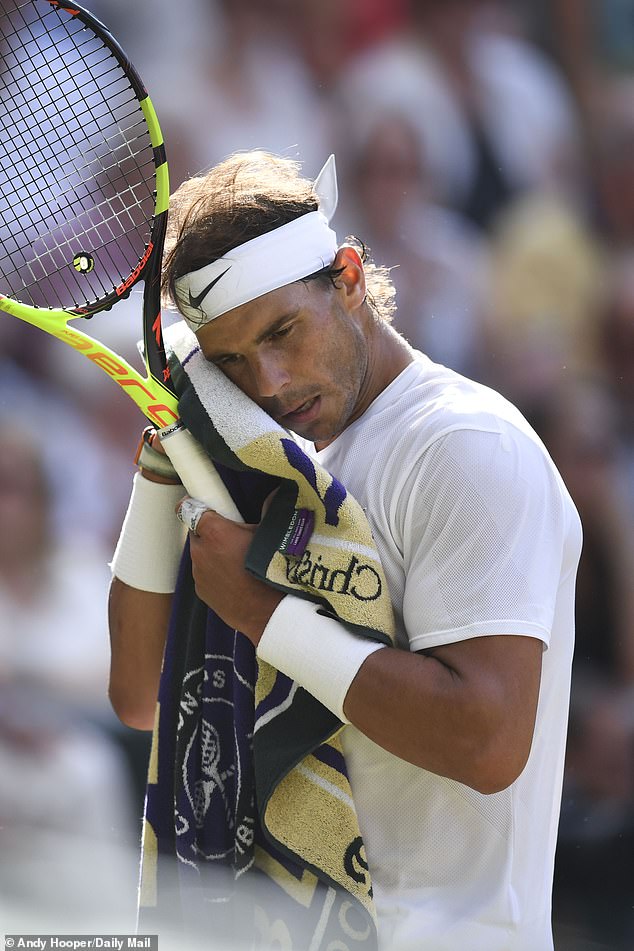 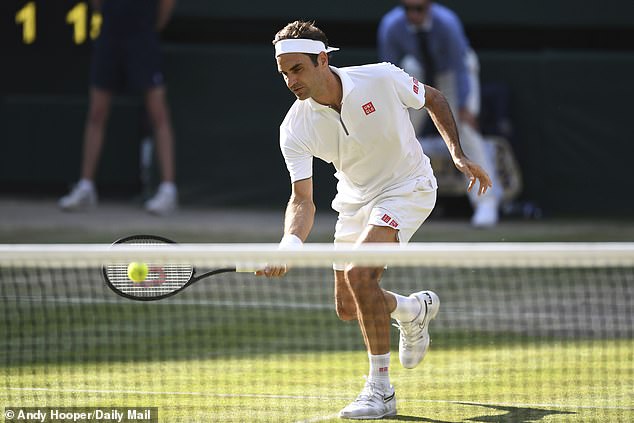 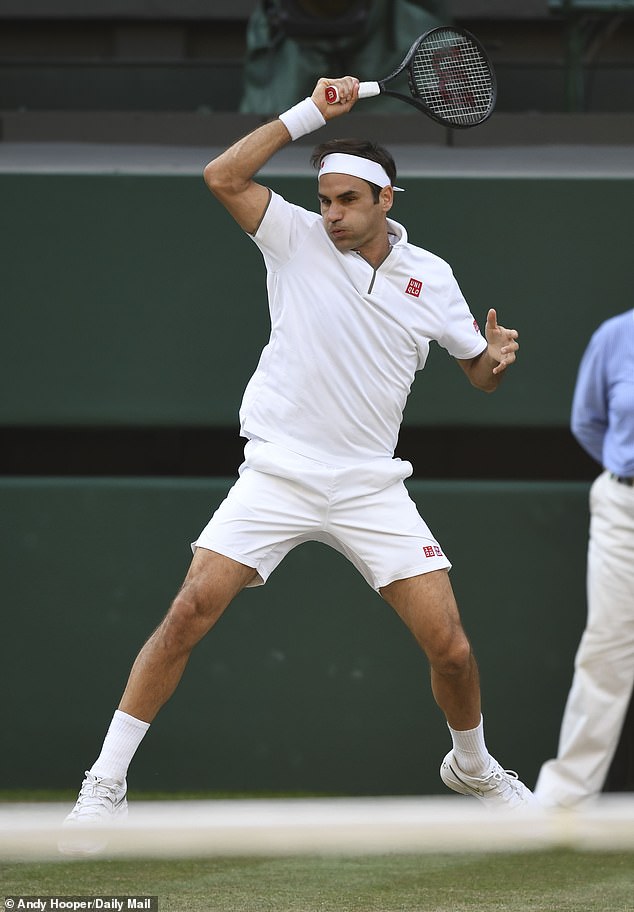 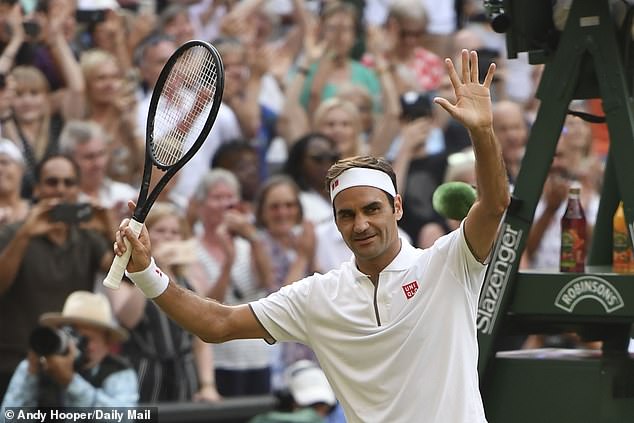 It seemed to do the trick as he began the third set much like the first. Using his forehand to dictate, he forced a break point and took it after a stunning duel at the net, which ended with him planting a high backhand volley right onto the sideline for a winner.

Nadal was standing so far back he almost had his back to the racing green canvas and he forced three break points in a lung-busting fourth game, which Federer saved, amid gasps from the crowd, by refusing to yield from the baseline. One exchange involved 25 blows.

A feature of the set was that Federer was winning the vast majority of rallies lasting five strokes or more, a horribly unfamiliar for the king of the baseline. He could have given himself a double break cushion in the sixth game but Nadal fended off two more break opportunities.

By the time he had closed out the third he had taken 13 out of the 16 rallies lasting five shots or more. That was all the more remarkable a figure as the speed of the Centre Court looks, if anything, to have slowed further this year.

It is rare to see him looking downcast through that visage of clenched determination but he began to look close to demoralised when more laser returns from Federer led to him being broken for 2-1 in the fourth, leading to the late drama.