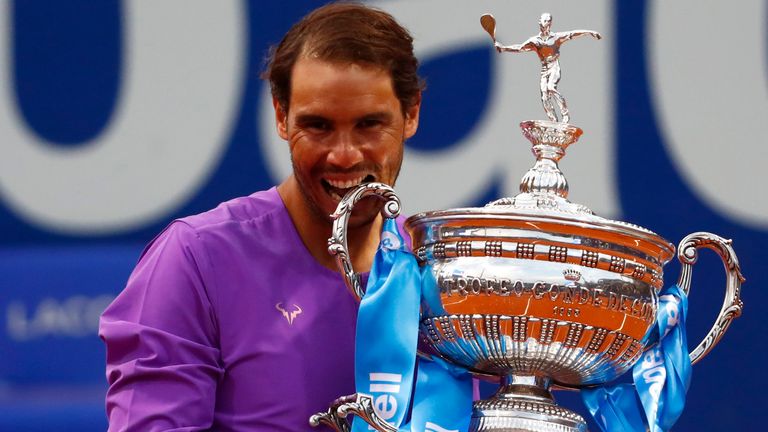 In a high-quality contest, the Spaniard was tested to the limit by second-ranked Tsitsipas on the Catalan clay, but the 20-time Grand Slam champion dug deep to win an epic.

It was Nadal’s 87th ATP Tour title and his 61st clay-court title to extend an unrivalled record.

Having collected his first title of the 2021 season, Nadal will leapfrog Russian Daniil Medvedev to take back the world No 2 spot in the updated ATP rankings on Monday.

Sixteen years ago today, Rafael Nadal cracked the Top 10 of the FedEx ATP Rankings after winning the Barcelona title.

He will be back in action at next month’s ATP Masters 1000 tournaments in Madrid and Rome and will look to carry the momentum into the French Open, where he will be seeking a record-extending 14th Roland Garros title. 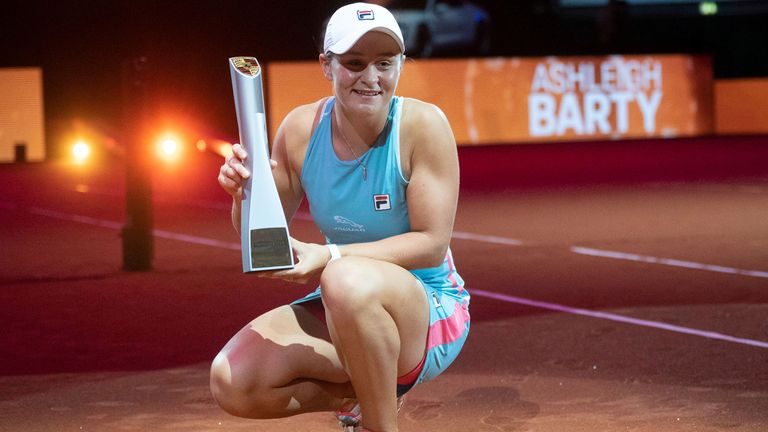 Women’s world No 1 Barty came from a set down to defeat Aryna Sabalenka 3-6 6-0 6-3 and win the Porsche Grand Prix, her first title on clay since the 2019 French Open.

The Australian extended her winning run over top-10 rivals to 10 successive matches.

She also became the first player to win both the singles and doubles in Stuttgart since Lindsay Davenport 20 years ago when she defeated Desirae Krawczyk and Bethanie Mattek-Sands alongside her partner Jennifer Brady, 6-4 5-7 10-5. 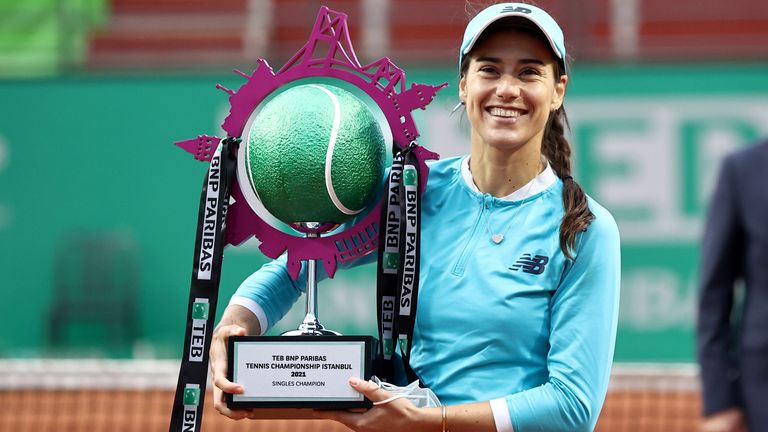 Sorana Cirstea stormed to her first WTA title in 13 years after upsetting top-seed Elise Mertens to earn the Istanbul crown.

Romanian Cirstea, 31, won her first WTA singles title way back in 2008, when she triumphed in Tashkent as an 18-year-old.

“I’m very, very happy for this trophy,” Cirstea said. “I did not expect it, to be honest, so probably I’m twice as glad!”

World No 6 Bianca Andreescu has been forced to pull out of the Madrid Open after testing positive for COVID-19 on arrival in the Spanish capital.

The Canadian wrote on Twitter: “I am feeling good, I’m resting and I’m continuing to follow the health protocols and safety guidelines. I look forward to getting back out on the court very soon.” “It was a really good fight, it’s been a pleasure being here as I came back from injury and I have to thank my team for all their hard work,” Berrettini said courtside after lifting the trophy.

“It’s been an amazing week and I am delighted to have won this tournament with my family watching.”

Dubai champion Karatsev, who came through a gruelling three-and-a-half hour semi-final epic over world No 1 Novak Djokovic on Saturday, praised his rival.

“Congratulations to Matteo and his team, they did a great job here. It’s been an amazing year for me and I am looking forward to the upcoming tournaments,” he said. 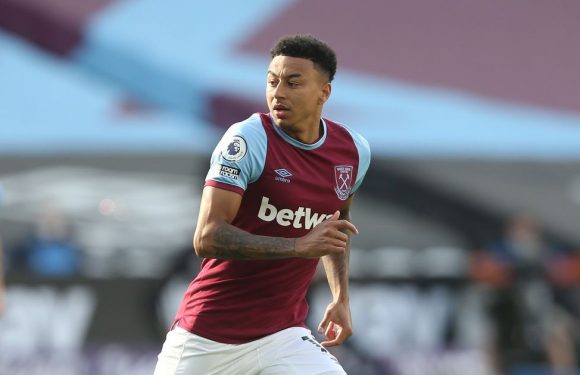