Rafael Nadal hopeful he will be fully fit in time for ATP Finals ahead of opener against Alexander Zverev: ‘I am confident I can be very competitive’

Rafael Nadal is hopeful of being fully fit for the ATP Finals in London.

The world No 1 was forced to pull out of the Paris Masters last weekend after suffering an abdominal injury and has been in a race against time to recover.

Speaking at the O2 Arena, he said: ‘I need to go day by day. I’m happy to be here because after last Saturday in Paris I didn’t know if I would have the chance to be here. 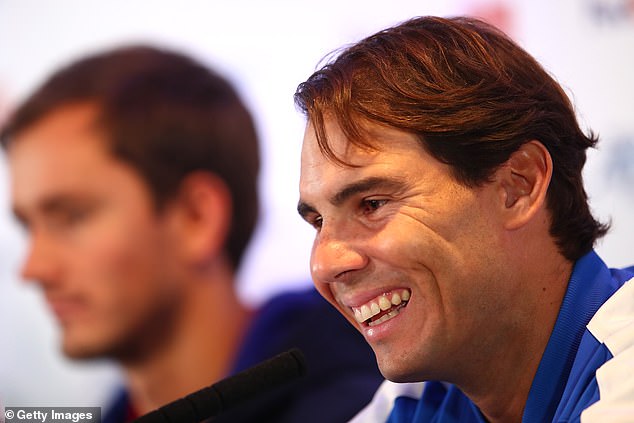 ‘So I’m excited to be here after a couple of years without being able to play. I need to see how things evolve every single day. I have good hopes to be 100 per cent ready for Monday.’

Nadal does not play his first match until Monday night, when he takes on defending champion Alexander Zverev.

The Spaniard had been unable to serve because of the injury but said: ‘I started yesterday, very slow. 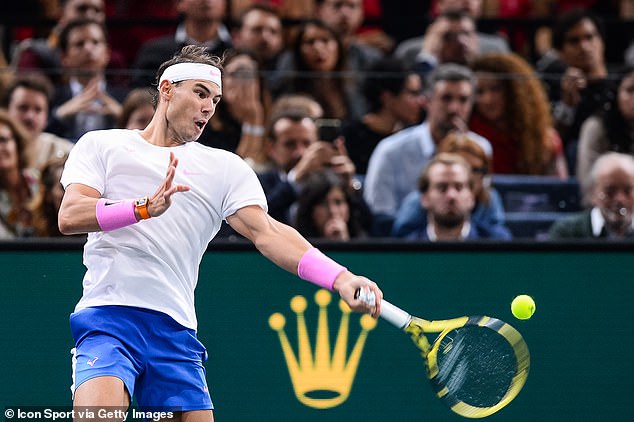 ‘I have been serving very well in Bercy (Paris), I had good matches, so I am confident that I can be very competitive but of course it’s a tournament that you will face the top guys since the beginning so you need to be 100 per cent ready.

‘But I really hope I will be able to serve every single day a little better and my hope is to be on Sunday serving normal.’