Rafael Nadal is hopeful he can be ready in time to take part in the ATP Finals.

Nadal was forced to pull out of the Paris Masters semi-finals last week after feeling pain in his stomach.

The Spaniard took the precaution, citing a similar injury from the 2009 US Open as the reason he didn’t want to take the risk.

It meant Nadal faced a race against time to prove his fitness for the season-ending ATP Finals.

However, the 34-year-old is hopeful of taking part in the tournament.

“Taking it day by day after Paris (small abdominal tear). 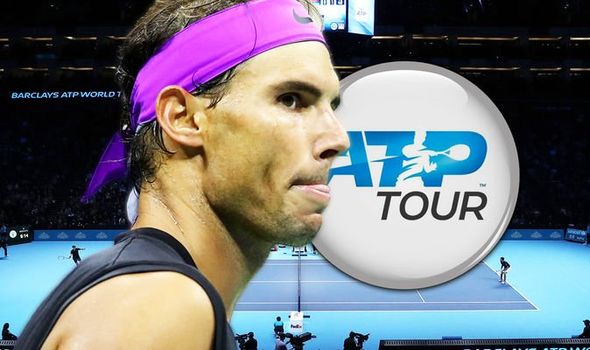 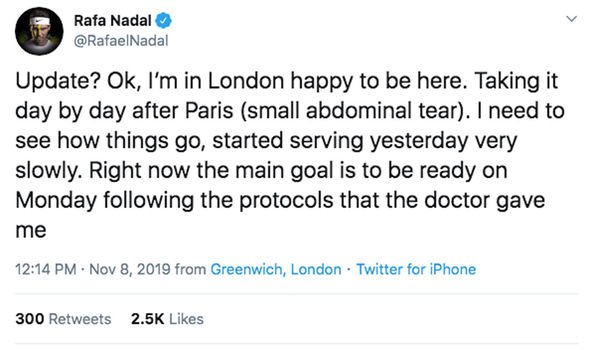 “Right now the main goal is to be ready on Monday following the protocols that the doctor gave me.”

Nadal was drawn in the Andre Agassi group, meaning he will face Daniil Medvedev, Stefanos Tsitsipas and Alexander Zverev.