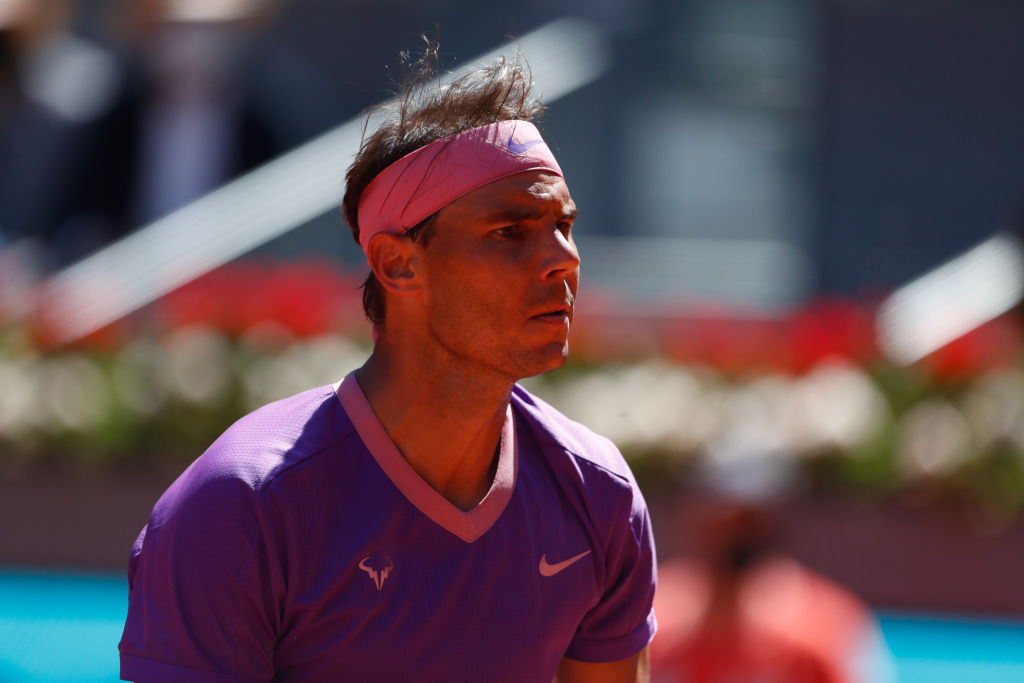 Two of tennis’s biggest stars, Rafael Nadal and Serena Williams, have refused to commit to playing in the Tokyo Olympics this summer.

Nadal, the 20-time Grand Slam champion from Spain, is a two-time Olympic gold medallist, having won the singles event in Beijing and the doubles eight years later at the 2016 Rio Olympics.

Wiilams has picked up four golds, three with her sister Venus in Sydney, Beijing and London and a singles gold at London 2012.

This could be the last opportunity for both to represent their countries at a Games, with Serena turning 40 later this year and Nadal 35 next month. Olympic tennis entry lists will be announced by the end of June.

However, neither was willing to confirm their attendance at the postponed event in Japan.

‘I haven’t really thought much about Tokyo, because it was supposed to be last year and now it’s this year, and then there is this pandemic and there is so much to think about,’ said 23-time major winner Williams ahead of her opening Italian Open match.

‘Then there is the Grand Slams. It’s just a lot. So I have really been taking it one day at a time to a fault, and I definitely need to figure out my next moves.’

Nadal, speaking in Rome on Tuesday, said: ‘Honestly I can’t give you a clear answer because I don’t know.

‘In a normal world I will never see about missing Olympics, of course. Is no doubt about that.

‘Everybody knows how important have been for me always play Olympics. Under these circumstances, I don’t know.

‘I normally know my schedule almost 100% since 1st of January till the end of the season. This year is something a little bit different, no?

‘We need to be flexible. We need to adapt about the things that are happening. Let’s see. I don’t know. I can’t give you an accurate answer. Sorry.’

Naomi Osaka, the Japanese No. 1, admitted discussions need to continue as to whether the Games should be held at all.

Due to a rise in coronavirus cases, Tokyo is under a state of emergency until the end of May and there has been some opposition among Japanese citizens.

And Osaka admitted the conversation needs to continue to happen as long as the subject was ‘making people very uncomfortable’.

‘Of course I would say I want the Olympics to happen, because I’m an athlete and that’s sort of what I’ve been waiting for my entire life, but I think there’s so much important stuff going on, especially the past year,’ said reigning Australian and US Open champion Osaka. ‘A lot of unexpected things have happened.

‘For me, I feel like if it’s putting people at risk… then it definitely should be a discussion, which I think it is as of right now. At the end of the day, I’m just an athlete, and there is a whole pandemic going on.’