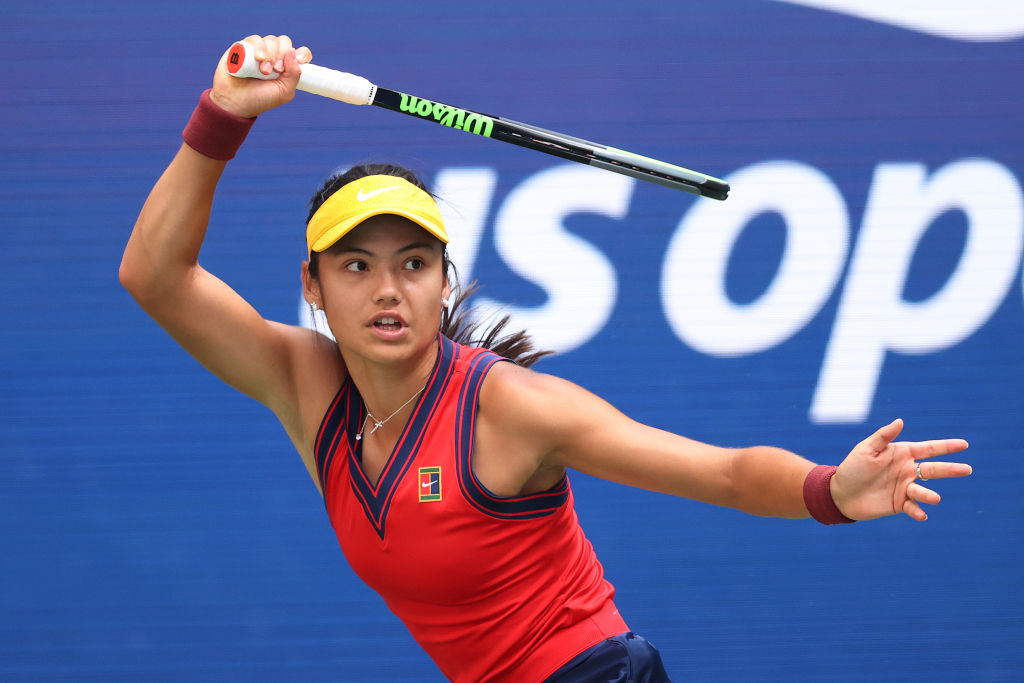 Emma Raducanu has continued her incredible run at the US Open with a dominant 6-2, 6-1 victory over Shelby Rodgers in the last 16 in New York.

The American won the first two games of the match before the 18-year-old Brit reeled off 11 games on the spin in fine style, capitalising on Rodgers’ struggles.

The teenager sets up a quarter-final against Olympic gold medallist Belinda Bencic and Raducanu is loving life during her remarkable debut run in the tournament.

‘It feels absolutely amazing to play in front of all of you,’ Raducanu said after her latest victory. ‘Shelby is a great opponent, she’s done so well here in the US Open, she’s has a great week so I knew it was going to be a tough match.

‘I’m so happy to manage to come through and overcome some of the nerves at the beginning.’

After fellow teenagers Leylah Fernandez and Carlos Alcaraz booked their own quarter-final spots, Raducanu admitted that they were a motivating factor against Rodgers.

‘It definitely plays a part in motivation, I wanted to join them as well,’ she said.

‘Everyone’s on their own trajectory, I’m just so happy to have been able to focus on my game and into the quarter-finals.’

24-year-old Bencic reached the semi-finals of the US Open in 2019 and won Olympic gold this summer and Raducanu knows that things are not going to get any easier this week.

‘Of course Belinda’s a great player who’s in great form so I know I’m going to have to bring it on Wednesday,’ she said.

‘It’s just going to be who can dictate, I’m just not really thinking about tennis right now, I’ll leave that for tomorrow.’