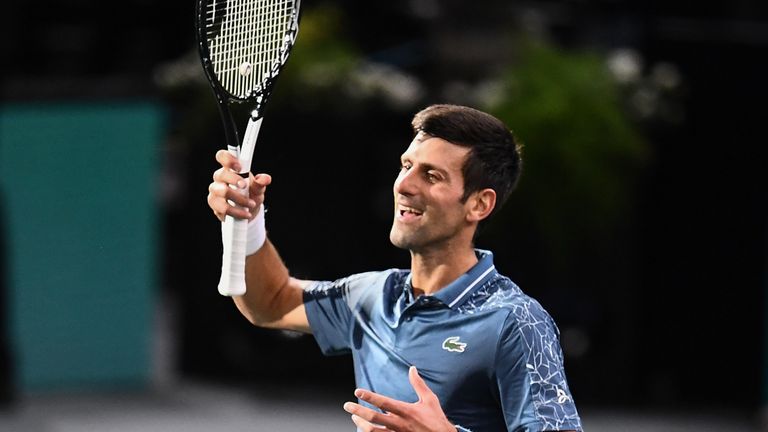 Novak Djokovic marked his return to world No 1 as he strolled into the quarter-finals of the Paris Masters after his opponent Damir Dzumhur retired injured.

The Serb, who will officially return to the summit of world tennis next Monday after Rafa Nadal’s withdrawal from the tournament through injury, was outclassing Dzumhur when the Bosnian was forced to retire with an injury in the second set of their third round clash.

Djokovic was leading 6-1 2-1 when Dzumhur submitted to a back problem that had flared up in the first set.

The win helped Djokovic extend his winning streak to 20 straight matches and equal a personal record of 29 consecutive completed sets won as he maintained the remarkable spell of form that has seen him rise from No 22 in June to the top of the game again. 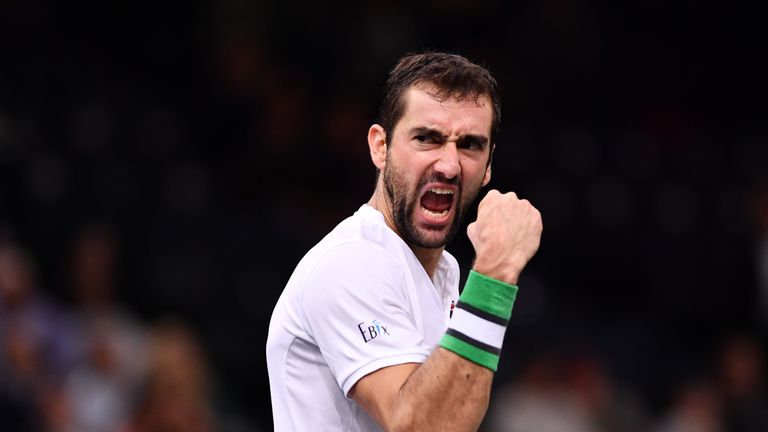 Seeking a record-equalling 33rd Masters and record-extending fifth Paris title, Djokovic will face a much more challenging test in the last eight against Marin Cilic, who had earlier looked in strikingly good form when beating Grigor Dimitrov 7-6 (7-5) 6-4.

The win improved the Croatian’s prospects of making the ATP Finals in London starting on November 11.

“I am very close to London, to securing my spot mathematically,” said Cilic, who is part of the Croatia team facing France in the Davis Cup final at the end of this month.

“In the next match against Novak it will be another big challenge. (It will be) great to play him again.”