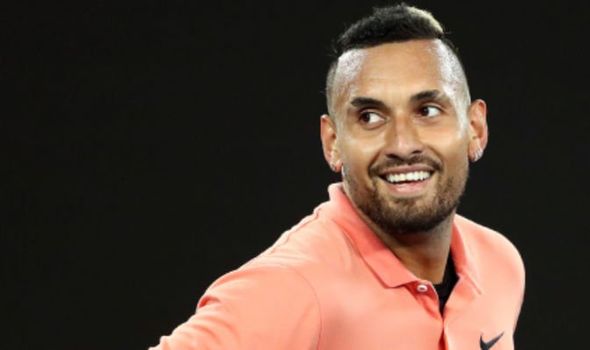 Nick Kyrgios has challenged Roger Federer, Rafael Nadal and Novak Djokovic to join him for an “open and honest” conversation on Instagram Live after his successful chat with Andy Murray this afternoon.

The Australian has always had a good relationship with Murray and they trained together during the Brit’s recovery from his hip resurfacing surgery.

Together they entertained fans on social media by conversing about their careers.

And Kyrgios, who admitted he had drunk around six glasses of wine, then took to Twitter to call out the Big Three.

Instagram Live videos are the new trend among tennis stars and over 45,000 people watched Federer and Nadal converse last month.

Djokovic regularly invites guests onto his channel and he has also held a stream with Murray. 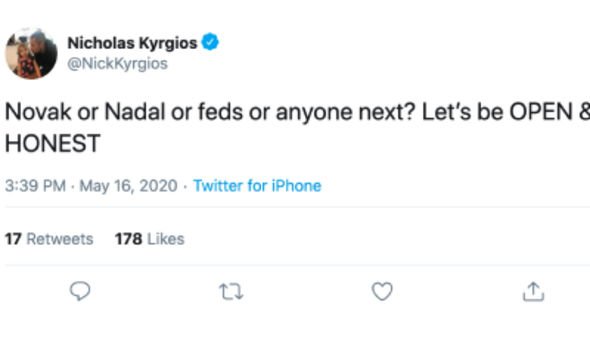 Kyrgios, who has previously bad-mouthed Nadal and Djokovic, has invited the pair to speak to him in front of the public.

It is unlikely his request will be accepted as the Big Three do not generally respond the to 25-year-old’s antics.

Kyrgios called out Nadal last week and got a blunt response.

“Rafa lets do Instagram live together,” the world No 40 wrote on Instagram. “I am down with it. Rafael Nadal let’s do it.”

World No 2 Nadal replied: “I don’t mind doing a live with Nick but there’s a generational gap and he might have more fun with someone closer to his age and style.”

The duo have been at war since Kyrgios labelled the 19-time Grand Slam winner “super-salty” on the No Challenges Remaining podcast last year.

“And he’s super salty. Every time I’ve beaten him… when he wins, it’s fine. He won’t say anything bad, he’ll credit the opponent, ‘He was a great player’.

“But as soon as I beat him, it’s just like, ‘He has no respect for me, my fans and no respect to the game’.

“And I’m like, ‘What are you talking about? I literally played this way when I beat you the other previous times and nothing changed … When you beat me in Rome here a couple of years ago, nothing changed; I was the same person’.”

And Nadal admitted at the Australian Open earlier this year that he may not see eye-to-eye with the bad boy.

“It’s clear, of course, that when he does stuff that in my opinion is not good, I don’t like.”