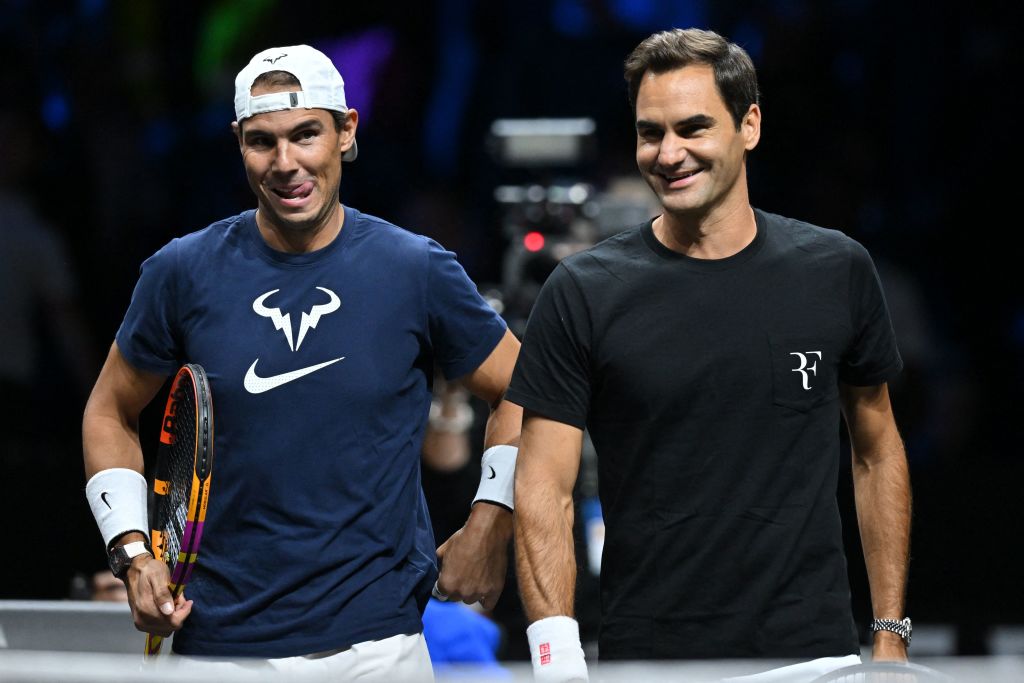 Roger Federer and Rafael Nadal will face Jack Sock and Frances Tiafoe in the Swiss legend’s final match before retirement in the Laver Cup 2022 doubles.

Federer, 41, who has not played since Wimbledon 2021, will hang up his racket after the Laver Cup at The O2 in London, which takes place this weekend.

The 20-time major champion has decided not to compete in singles amid injury concerns and will only play in Friday’s doubles session on day one, with Matteo Berrettini set to take Federer’s place in the singles over the weekend instead.

The Laver Cup, created by Federer and took place for the first time in 2017, is tennis’ version of golf’s Ryder Cup and sees two groups of superstars – Team Europe and Team World – compete over a series of singles and doubles matches.

The tournament officially announced their day one order of play on Thursday, with Federer and his old rival Nadal set to take on American duo Sock and Tiafoe in the second night session match, following Andy Murray vs Alex de Minaur.

‘After all the amazing things we shared together, on and off the court, to be part of this historic moment is going to be amazing and unforgettable,’ Nadal said ahead of the match.

‘I’m super excited. Hopefully together we can create a good moment and win the match. Having Roger next to me one more time will be something I am very looking forward to, so I am very happy for that.’

‘I’m not sure if I can handle it all but I’ll try!’ Federer added. ‘This one feels a whole lot different.

‘I’m happy to have [Nadal] on my team and not playing against him.’

The night session is due to begin around 7pm and follows the earlier day session, from 1pm, with US Open 2022 runner-up Casper Ruud facing Sock in singles before world No.6 Stefanos Tsitsipas battles against Diego Schwartzman.

Each win is worth one point on Friday, two points on Saturday and three points on Sunday – with a total of 24 points available.

Novak Djokovic is also in action for Team Europe over the weekend while American No.1 Taylor Fritz and world No.13 Felix Auger-Aliassime feature for Team World.