After Roger Federer secured a must-win victory for Team Europe, Alexander Zverev ensured the Laver Cup was retained Sunday in a title-deciding super-tiebreaker against Milos Raonic of Team World.

Zverev fired a cross-court forehand winner to clinch a 6-4, 3-6, 10-4 victory in the decisive singles match and give the Europeans a 13-11 win on points to spark jubilant scenes in Geneva from the winners.

After Zverev fell to the ground in triumph, he disappeared from view under a pile of celebrating team-mates including Federer, Rafael Nadal and their captain Bjorn Borg.

Tennis great Rod Laver, for whom the event co-owned by Federer is named, presented the trophy to the Europeans, watched by the world team captained by John McEnroe. 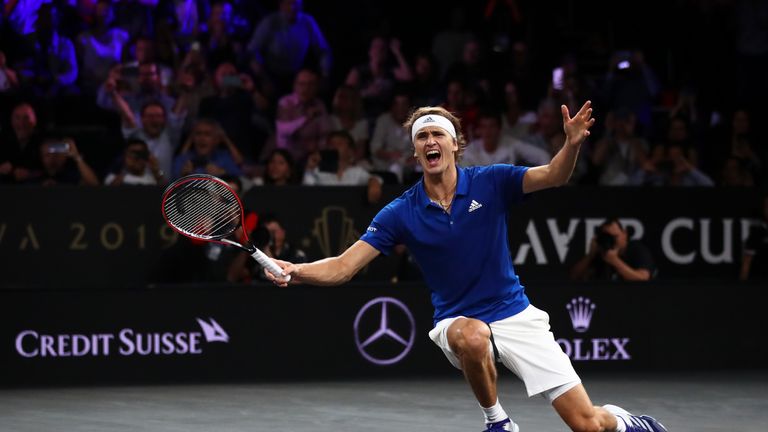 “I’m super happy and super thankful to Roger and Rafa and the rest of the team. Without them on the bench today, I couldn’t have done it.”

Two hours earlier, Federer had delighted a sold-out crowd of 17,000 in his home country by beating John Isner 6-4, 7-6 (3) to set up the winner-take-all finale.

The European team also won the first two Laver Cup editions, played in 2017 in Prague and last year in Chicago. 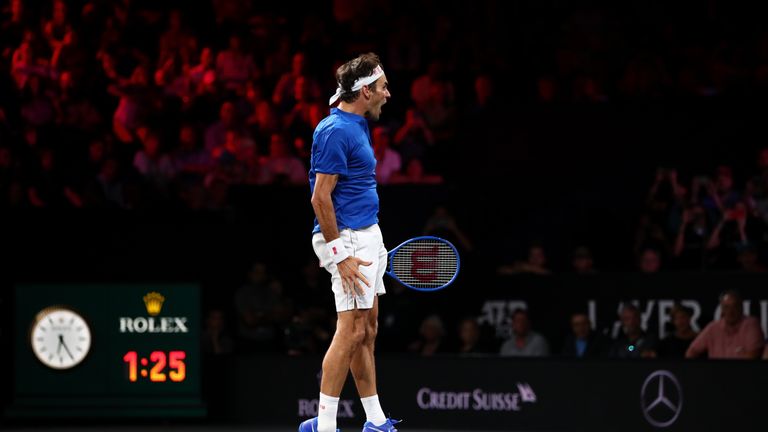 Europe began Sunday leading 7-5 in a scoring system that gave one point for a win on Friday and two on Saturday – victories in the doubles and each of three singles matches scored three points on Sunday.

Nadal scratched from Europe’s intended line-up in both the opening doubles with Federer and the first singles due to an inflamed hand.

Nadal’s replacement in singles, world no 5 Dominic Thiem, was beaten 7-5, 6-7 (3), 10-5 by Taylor Fritz in a second straight match decided by the super-tiebreaker.

Fritz was a late replacement for Nick Kyrgios, who like Nadal scratched after both had played in singles and doubles on Saturday.

Strong play from the Americans on Sunday gave the world team an overall lead for the first time in the three-day competition. 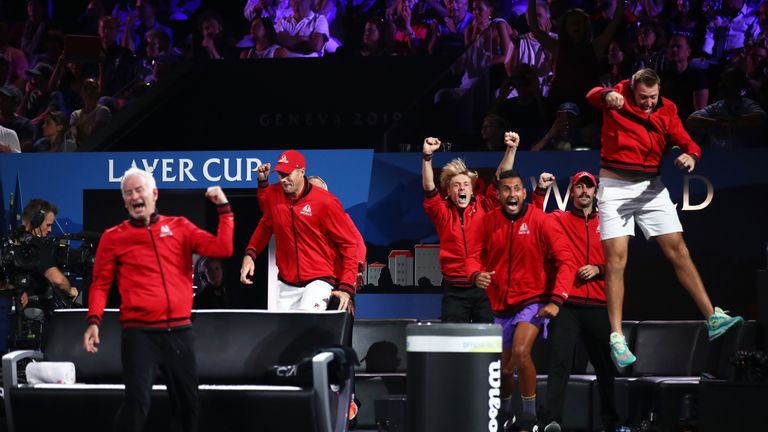 Isner and Sock improved to 3-0 in Laver Cup doubles, and the 30th-ranked Fritz overcame Austria’s Thiem.

“This has to be one of the biggest wins of my career,” Fritz said. “I’m the kind of person that really doesn’t want to let my team down.”

With Europe needing to sweep the last two rubbers, Federer came through in a typically tight match against Isner with few break-point chances.