Emma Raducanu had yet to step on court last night when at least one British winner became guaranteed at the US Open.

Jamie Murray and Joe Salisbury will face off in the men’s doubles final this afternoon (5pm UK) after coming through tight matches with their respective partners Bruno Soares and Rajeev Ram.

Murray has slipped well behind Salisbury in the rankings, down to 22, but will be determined to show why he is already the holder of seven Grand Slam titles, five of them being mixed. 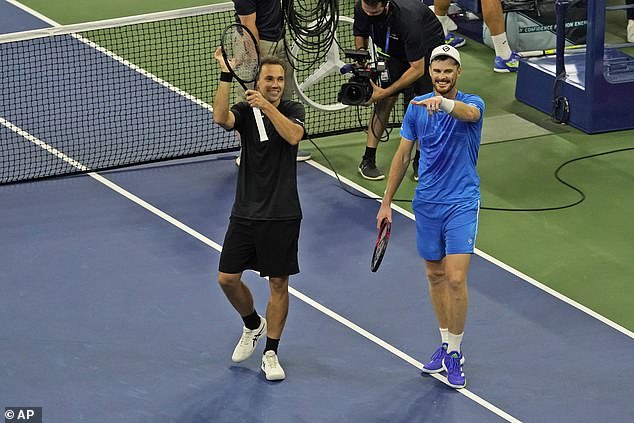 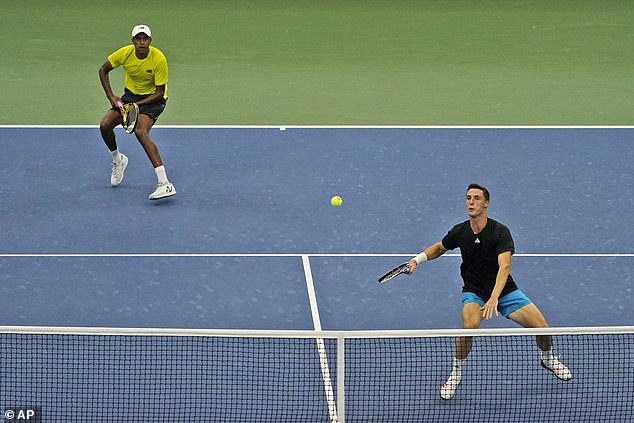 Were he to repeat his Flushing Meadows triumph of 2016 with the Brazilian he would become the holder of most Majors by a British player, overtaking Virginia Wade.

Salisbury, however, won the pre-pandemic Australian Open in January 2020 and has gone on to be GB’s most consistent performer.

On a foul day in the Big Apple they followed each other on court under the roof of the Louis Armstrong Stadium. 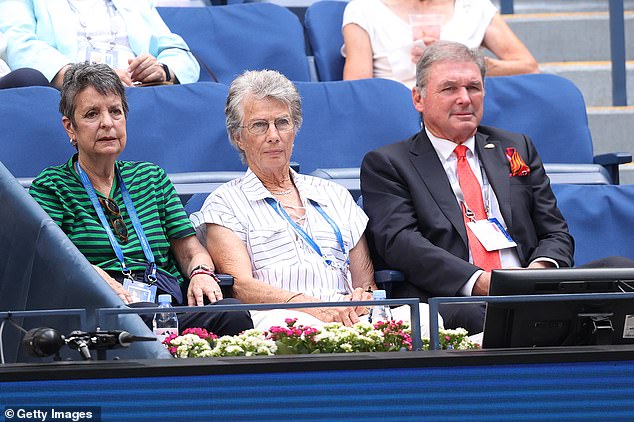 Murray would become the holder of most Majors by a British player with a win, overtaking Virginia Wade (centre)

Then came Murray versus his former partner, Australian John Peers. Alongside Soares he beat Peers and Slovakia’s Filip Polasek 6-3 3-6 6-3.

With nine men in the doubles top 100 GB has accustomed to success, with most of the players benefitting from the guidance of the two-man code’s leading guru, Canadian coach Louis Cayer.

As Salisbury said: ‘We know them pretty well, it will come down to who plays better on the day.’

For Soares it has been quite a turnaround in the past month. He was taken ill on his flight to the Tokyo Olympics and ended up having his appendix out. 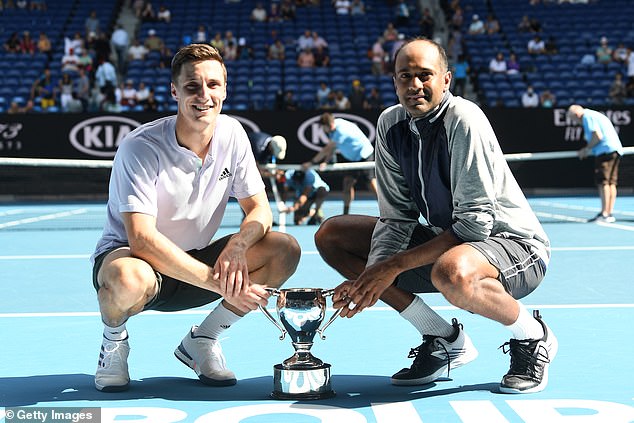 Salisbury, however, won the pre-pandemic Australian Open in January 2020 with Ram

‘I am surprised to be honest. I couldn’t play the Olympics and played nothing before here. I just stayed patient and didn’t have much preparation. I’ve wanted us to have fun and fight and that’s what we’ve done.’

Murray said: ‘It’s not like it happens very often that there are two Brits going into a Grand Slam final. So I guess that adds a different dimension to the match.

‘But I don’t feel extra pressure myself because I’m playing another British guy, knowing everything we have gone through this year.’