Home » Tennis » Is the end finally near for Roger Federer?

Is the end finally near for Roger Federer? Six-month decline and physical toll suggest the unthinkable could happen in 2019… but at 37 the Olympics (and a big bonus) still await

Roger Federer’s elongated stay at the very pinnacle of tennis has been facilitated by slick organisation worthy of a Presidential visit wherever he goes.

Travelling tutors for his school age daughters, nannies to look after his twin boys – the needs of his large entourage, including tennis support staff, require two rented houses when he comes to Wimbledon.

Coupled with cleverly judged breaks and scheduling, everything has worked so perfectly that his extravagant natural talent has been able to flourish deep into his thirties. 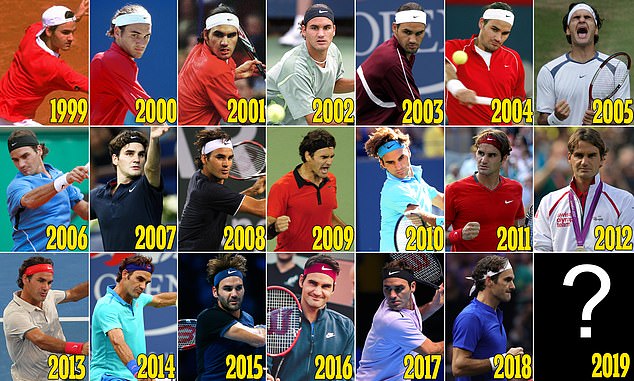 Roger Federer pictured during every year of his career so far – but could 2019 see the end?

This week the Swiss master plays his hometown ATP event of Basle, marking twenty years this month that he made his main draw debut in the very same event.

But he does so with nagging questions developing in the more prosaic area of how much longer tennis’s physical demands will allow him to grace the sport.

Only on Sunday he revealed to Swiss newspaper Tages Anzeiger that he suffered a minor hand injury during the grass court season that affected his forehand for three months.

The Basle event also has memories for Tim Henman, who clearly remembers the first time that he took his first proper look at the player who would become the greatest the men’s game has seen. 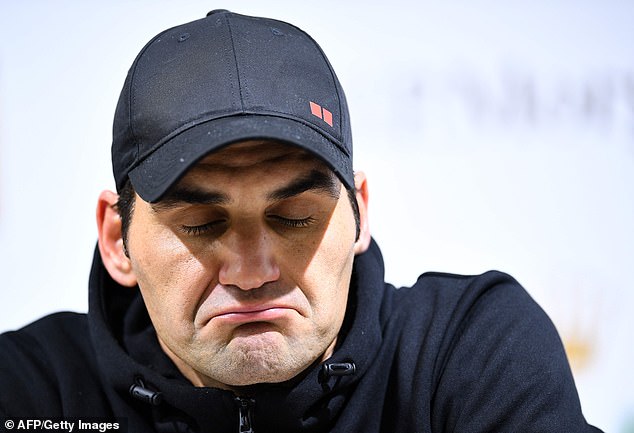 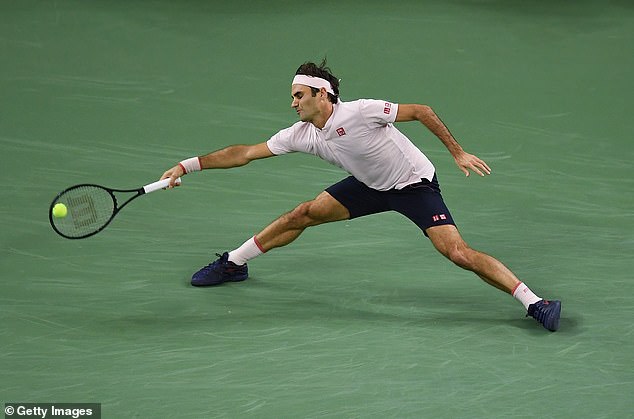 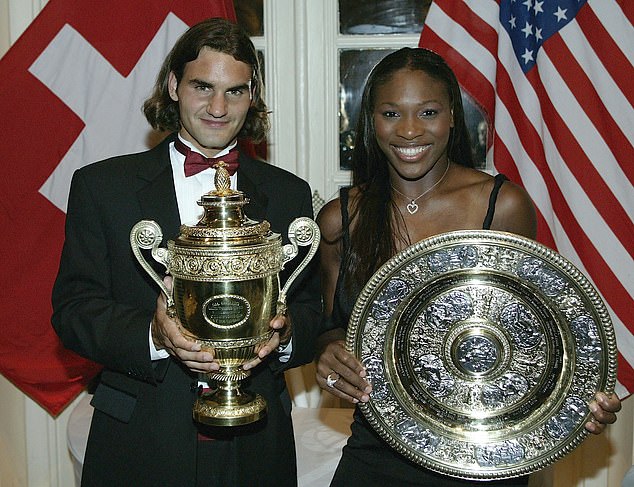 It was at this Swiss Indoors tournament, back in 1998. While impressed, he did not know quite what he was watching when the local 17-year-old first played in the main part of the tournament.

Federer was to lose in the first round to Andre Agassi — Henman went on and beat the American in the final — and the GB No 1 had wanted to know what the fuss was about.

‘I was struck immediately by his movement, speed and balance,’ recalls Henman. ‘The game obviously came easily to him but when he had a few setbacks the toys could come out of the pram, there were a few mental frailties back then.

This week sees Federer at what is, naturally, a special place for him. The St. Jakobshalle venue is virtually within walking distance of where he grew up and also where he first set foot on a professional court — as a twelve year-old ballboy. 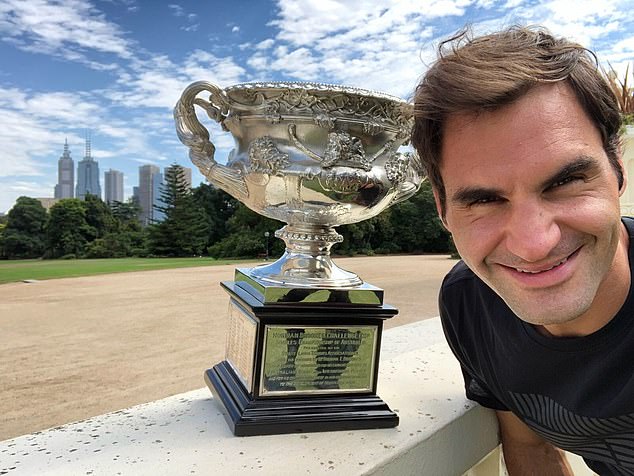 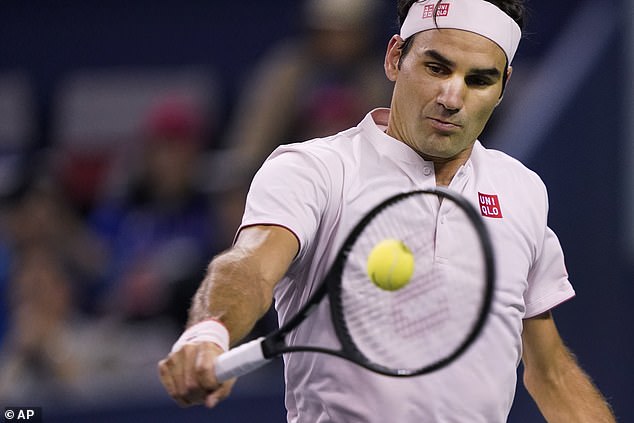 The question these days is, inevitably, not how much he will go on to achieve, but how many more years he is likely to be back as a player.

He made a superb start to the year when he won the Australian Open and ATP title in Rotterdam, but that has not proved sustainable.

Since stepping on court to play the final at Indian Wells Federer has won 22 matches and lost seven, with the lower-tier grass court championship in Stuttgart his only silverware.

There is no suggestion that next week will be a valedictory appearance – the many thousands who have bought tickets to see him at London’s O2 Arena next month need not panic – but Basle could yet be the place where it ends for him.

The coming week will also be an interesting bellwether for his form. Federer has been phenomenally successful in his hometown event, and since 2006 has played it eleven times. On every occasion he has reached the final, winning eight of them and losing three.

Failing to get that far this time would be another hint that he is on the wane, and that would only be natural for one of his age. Given his iconic status, it is hardly surprising that observers have been on the lookout for signs.

There does appear to have been some slowing down in his footwork over the past six months, and at times it was in evidence again in Shanghai last week, where he suffered a second loss of the season to young Croatian Borna Coric in the semi-finals. 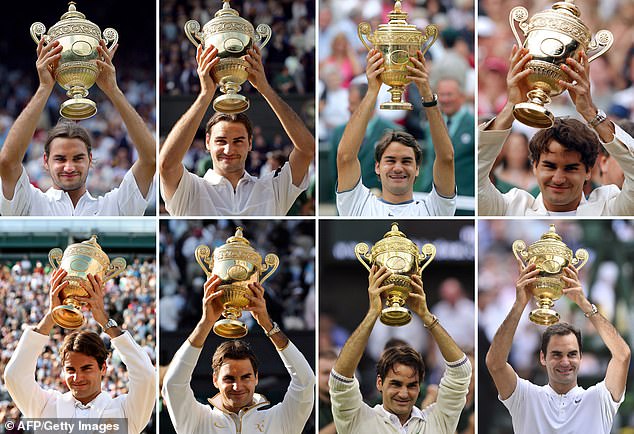 In the previous round to that, against Kei Nishikori, Federer had looked as springy as ever during a stunning fightback in a second set tiebreak. But in other phases of his matches last week he had looked relatively sluggish in his movement.

Part of his genius has been based around the accuracy of his shots, notably in pinpointing his targets when serving, but when the legs start to go this is not like, say, football, in which team-mates can help compensate.

The Swiss master is not yet hemorrhaging defeats, but it is hard to envisage him coming to tolerate repeat losses to inferior opponents. This is pointed out by Henman, who has gone on to become close friends with Federer, despite having the distinction of beating him twice in his own backyard.

‘I guess there are two elements: can he stay healthy? That gets harder and harder, even though he has done a great job at that up to now. Then it’s whether he continues to enjoy it. I know he still loves playing but if his form starts to dip and he is losing to people he wouldn’t have dreamt of losing to, that will become tough,’ said the former GB No 1. 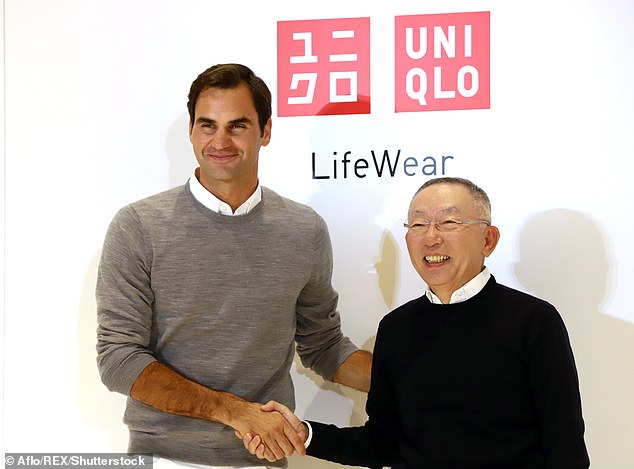 The 2020 Tokyo Olympics in the home country of his sponsor, Uniqlo, could be a target 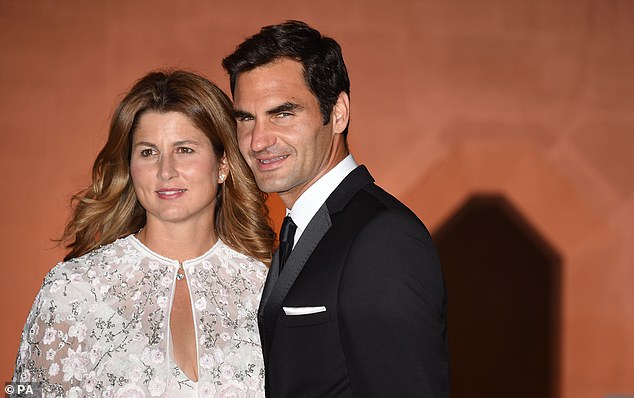 As ever Federer’s wife, Mirka, will have enormous influence over the date of his retirement

‘It will be fascinating to see where it finishes for him, and it might not be for a while: could it be Basle? Wimbledon? Olympics? The Laver Cup? There can be an element of chance to it, and things fall in to a certain place.

‘When I stopped I was able to play my last ever match at Wimbledon because we happened to have a Davis Cup tie there (against Croatia in September 2007) but when I look back I realise there was a bit of luck to that.’

Federer is, above anything, a supreme competitor but he might also take a look at Djokovic, who is back to his best having ditched his existential ‘peace and love’ phase, teamed up again with coach Marian Vajda and reset his private life.

With tournament directors so insistent on laying slow-paced surfaces everywhere, ideal for the Serb, Federer will not be the only one wondering how on earth they are going to beat him over the next two years.

The Olympics has been speculated upon as a possible end date, partly due to the huge endorsement contract he has signed with clothing giant Uniqlo, who would surely love to have him at Tokyo 2020 and have doubtless incentivised him to be there. 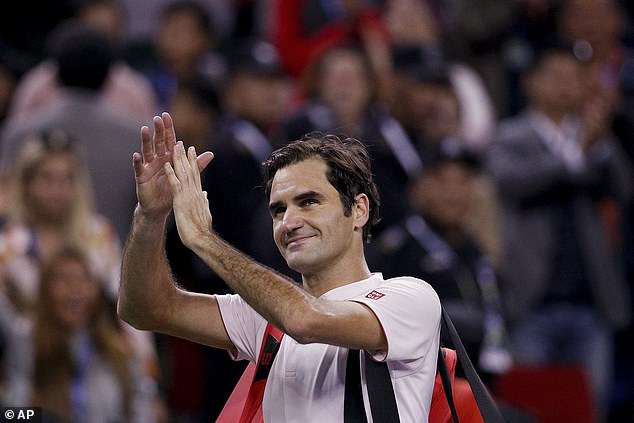 If 2020 is a step too far, there are several fitting dates next year that could see him bow out

In Sunday’s interview he said that he was only planning for next season and had not yet thought beyond that. ‘Tokyo is far away, two years is a lot,’ he stated, adding that he would only go if he felt he could be successful.

Beyond doubt is that his wife Mirka, a massively influential figure in all aspects of his career, will have a huge say in how long he continues.

She has helped meticulously organise his incredibly busy life to the degree when he can focus on tennis and not skimp on preparation, while still enjoying family life on tour.

For sure is that issues surrounding the logistics of travelling will not be among the factors that determine his future. It will be the plainer matter of how long his body can battle against Father Time, the one opponent who beats everyone in the end.