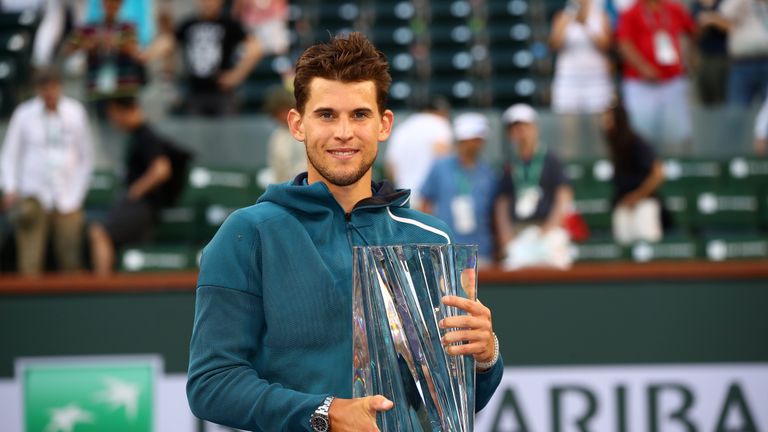 The BNP Paribas Open, due to take place at Indian Wells in March 2021, has been postponed due to coronavirus concerns.

Tournament organisers said the decision was made following consultation with health officials in California.

They will now work with the men’s and women’s governing bodies – the Association of Tennis Professionals (ATP) and the Women’s Tennis Association (WTA) – to reschedule the event for later in the year.

“The tournament is proactively working with the ATP and WTA Tours as well as title sponsor BNP Paribas to confirm dates later in the year to hold the event. Details will be released in the near future as plans are finalised. “This decision was made after thorough consultation with state and local health authorities and tournament owner Larry Ellison.”

The BNP Paribas Open – also known as the Indian Wells Masters – is often referred to as the ‘fifth major’, and lists Roger Federer, Rafael Nadal and Naomi Osaka as previous winners.

This year’s event – due to take place in March 2020 – was also called off because of coronavirus concerns while the first Grand Slam of the 2021 season, the Australian Open, has been pushed back by three weeks to February 8.

Dominic Thiem and Bianca Andreescu are the most recent winners of the singles’ titles at Indian Wells, having beaten Federer and Angelique Kerber in the 2019 finals, respectively.