Destanee Aiava is the first to admit life on tour can be pretty lonely, but her record in Canberra suggests she is right at home on the court in the capital.

The eighteen-year-old is among an impressive crop of rising stars descending on the capital to compete in the ACT Claycourt International #1 and #2 at the Canberra Tennis Centre over the coming fortnight. 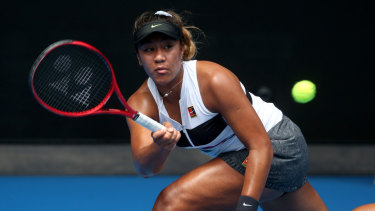 Destanee Aiava is returning to Canberra.Credit:AAP

World No. 197 Aiava headlines a healthy contingent of Australian contenders, with 13 of the nation's top 25 set to compete in the back-to-back $35,000AUD ITF World Tennis Tour events beginning on Monday.

Aiava's return to the top 200 comes after reaching the second round at the Brisbane International, and she could soon rise further should recent history continue – she has made three Pro Tour finals in Canberra, and two were at the claycourt event.

But to get there again she may need to go through 19-year-old Jaimee Fourlis as she sets her sights on defending her ACT Claycourt International #2 title.

"I’m really looking forward to coming back to Canberra. Last year was a really good year. I was able to win one of the [events, the ACT Claycourt International #2] and that set me up really well in Europe," Fourlis said.

"It’s the first week of the clay court season for me, [it's good] to start here and play on some really good clay courts. The clay is pretty much exactly the same here as in Europe so hopefully it will be a good build to start off here and continue that over in Europe."

Reigning Canberra International champion Zoe Hives will return to the capital with Alison Bai set to fly the flag for the ACT.

Standing in their way is a strong international field headlined by top seed and world No. 165 Irina Bara of Romania and a pair of former top 100-ranked players in Turkey's Cagla Buyukakcay and Risa Ozaki of Japan. 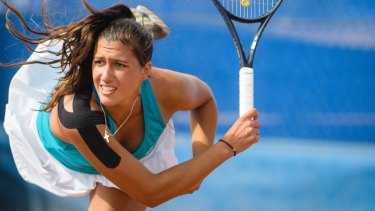 "There is such great depth in women’s tennis in Australia at the moment and we are excited to welcome so many of these players back to the capital.

"Former world No. 60 Cagla Buyukakcay has played in all four Grand Slams and boasts a WTA title, so it will be great to see her in action.

"The next two weeks is a celebration of women’s sport and we encourage women and girls in the Canberra community to get involved in the activities and hope that it inspires them to become more active."