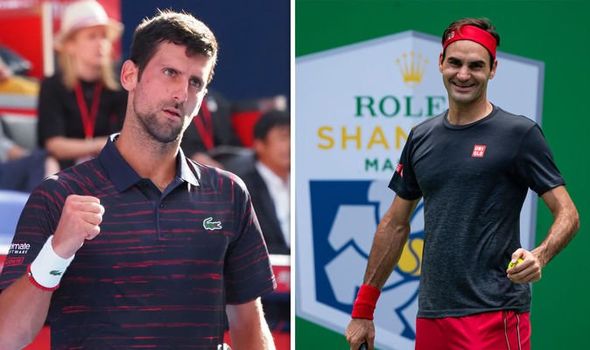 David Goffin has opened up on the problems he faces when taking on Novak Djokovic and Roger Federer.

Goffin meets Djokovic in the semi-finals of the Japan Open on Saturday morning after cruising past Hyeon Chung in the quarter-finals.

And the Belgian faces the daunting task of beating the world No 1, who has looked effortless in his three matches so far in Tokyo.

Djokovic also holds a 6-1 winning head-to-head record over Goffin, which further stacks the odds against the 2017 Nitto ATP Finals runner-up.

At the US Open last month, Goffin met Federer in the fourth round and was expected to provide a stern test for the Swiss.

The 28-year-old will be hoping to provide a better account of himself against Djokovic and ahead of the match, he talked about the pressure Djokovic puts on his opponents.

“He puts pressure on every point. He’s returning everything very long, just next to the baseline,” Goffin explained. 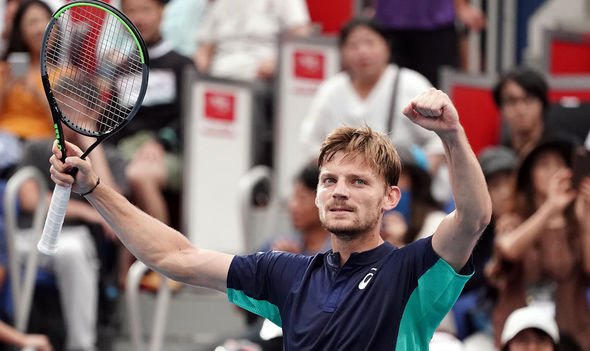 “And then during the point he puts pressure. He takes the ball early, he makes you run a lot, so you never feel comfortable when you play against him because he’s always playing really fast and really precise all the time.

“But when it’s Novak, you have the feeling that it’s very solid.

“He doesn’t miss, he doesn’t give anything. [His shots are] long and he’s moving so well, so it’s tough to find a solution because you’re always in a bad position to play a shot. So that’s why it’s not easy to play against him.”

However, Goffin says he will start the match with confidence.

He said: “Sometimes you try different things when you play the best ones many times and you lost a few times, so you have to change sometimes.