Daniil Medvedev ended the run of qualifier Botic van de Zandschulp to reach the semi-finals of the US Open for a third straight year.

Van de Zandschulp became one of the most unexpected slam quarter-finalists in recent memory with a five-set victory over Diego Schwartzman in the previous round, and he dug in admirably to become the first player all tournament to take a set off Medvedev.

But by then the 25-year-old Dutchman, who had never even been to New York prior to arriving for qualifying last month, was two sets down and it was the second seed who came through 6-3 6-0 4-6 7-5. 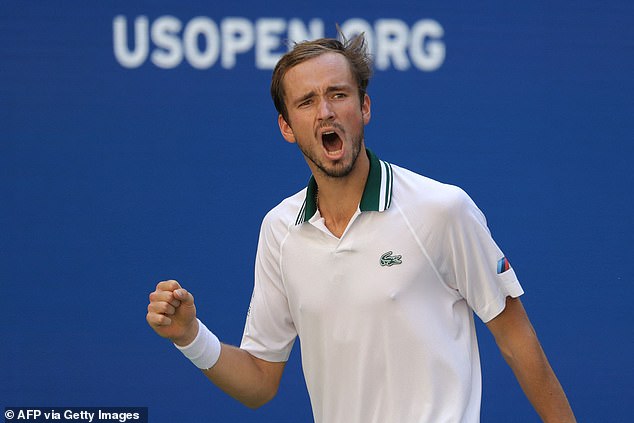 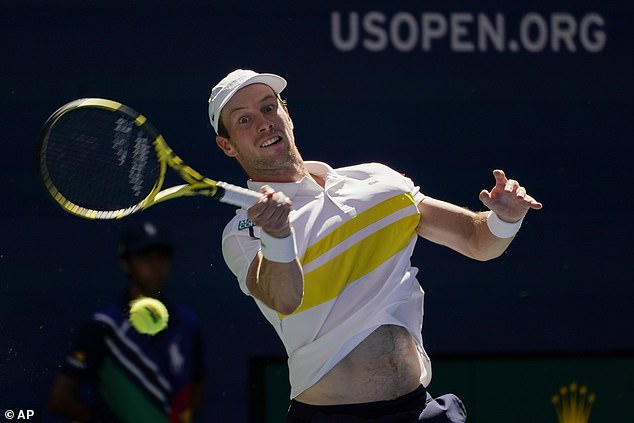 He ended the run of qualifier Botic van de Zandschulp, who took a set off Medvedev for the first time this tournament

Medvedev had romped through his first four matches, spending less than eight hours on court compared to more than 13 for Van de Zandschulp, who was looking to become the first qualifier to reach the men’s semi-finals in New York.

And it was a mismatch for most of the first two sets, with the only high point for the qualifier coming when he battled back from 1-5 to 3-5 in the opening set.

But he was not prepared to let his big moment drift away and, with a slight drop in level from Medvedev, Van de Zandschulp broke to lead 3-2 in the third set and, cheered on by the crowd, held his advantage to clinch the set.

A decider proved beyond him, though, as pressure from Medvedev finally told with a break in the final game. 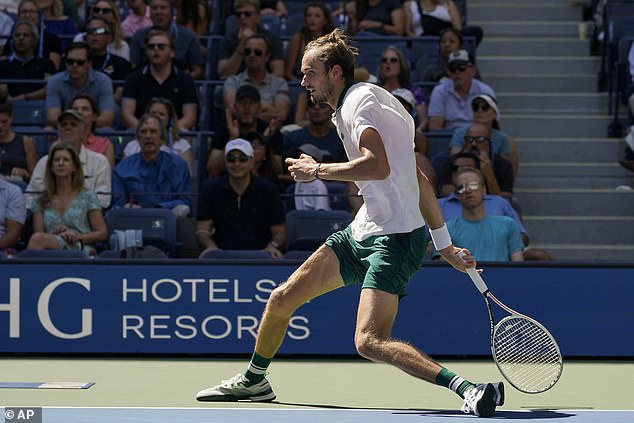 Medvedev had romped through his first four matches, spending less than eight hours on court 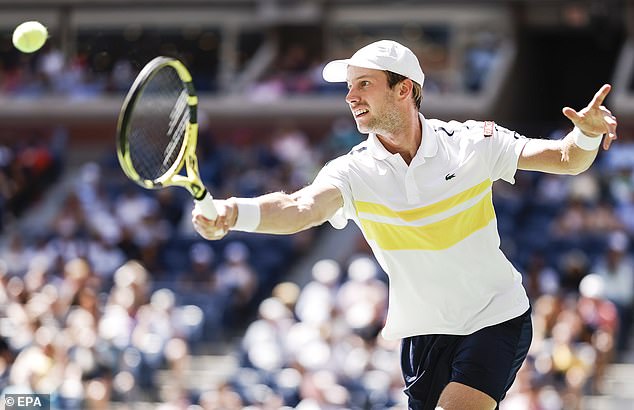 Van de Zandschulp broke in the third set and, cheered on by the crowd, held his advantage to clinch the set

The Russian has a superb record on hard courts and he made his first grand slam final in New York two years ago, losing in five sets to Rafael Nadal, before losing a tight contest against eventual champion Dominic Thiem in the last four 12 months ago.

His sights will be firmly on the trophy, while Van de Zandschulp can reflect on a superb fortnight that will see his ranking climb from 117 to just outside the top 60.

In his on-court interview, Medvedev praised his opponent, saying: ‘It’s an amazing run. Coming from qualies to make quarters. Also, he played so many tough matches and today he was able still to come back and in the fourth set anything could happen.

‘Amazing level from him in the third and fourth sets. If he continues to play like this he’s going to be top 30, top 50 minimum. Hopefully he can continue this way.

‘First two sets he was missing, I was kind of controlling the game. He started missing less, putting more power, being more aggressive. It started to be much tougher for me and I’m happy with my game in the fourth set.’ 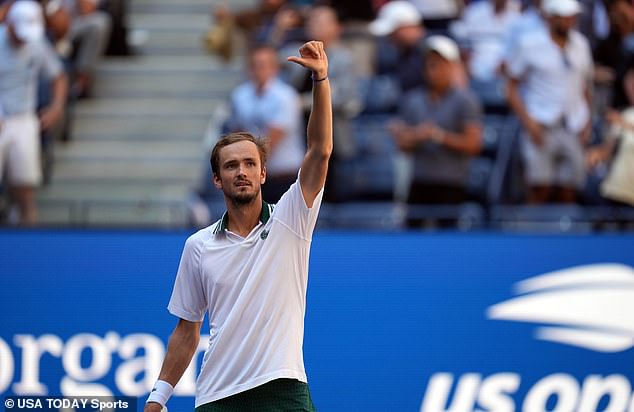 Medvedev will have sights firmly on the trophy, after losing a Grand Slam final two years ago