Frances Tiafoe’s title defence wilted but Juan Martin del Potro looked fully recovered from his knee injury to cruise to a 6-3, 7-5 win over Yoshihito Nishioka in the first round of the Delray Beach Open on Tuesday.

The third-seeded Tiafoe looked to have the match against qualifier Dan Evans in hand when he served up 6-5 and 30-love in the second set but was instead broken by Evans, whose aggressive net play frustrated Tiafoe in the final two sets as the Brit eventually prevailed 3-6, 7-6, 7-5.

Late drama arose when Evans served for the match up 5-4 in the third set but nerves appeared to get to him and he was broken amid a flurry of unforced errors. 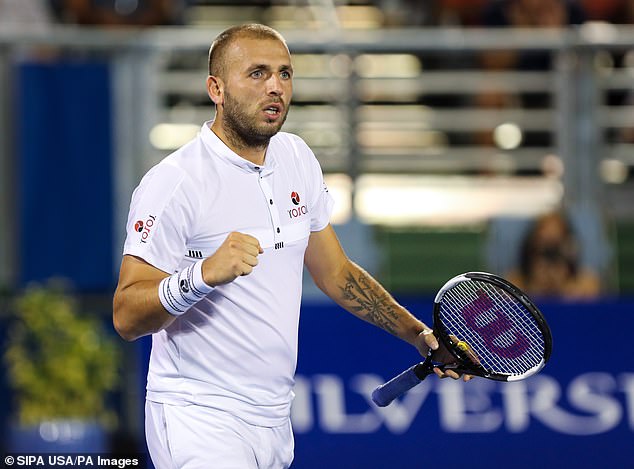 But Tiafoe was broken in the next game and Evans made sure not to make the same mistake twice, winning his final service game at love to set up a second-round match against tournament wild card Lloyd Harris of South Africa.

World No 4 del Potro, who missed last month’s Australian Open to nurse the kneecap he fractured at the Shanghai Masters, showed no ill effects in his first match of the year as he blasted 12 aces to see off baseline specialist Nishioka.

The hard-hitting Argentine is looking to pick up where he left off before the injury, when his superb play made him a finalist at the US and China Opens and helped the 30-year-old reach a career-high ranking of world No 3.

Del Potro, who won the tournament in Florida in 2011, will next face big-serving American Reilly Opelka after last week’s New York Open champion saw off countryman Tennys Sandgren 6-4, 6-0 earlier in the day. 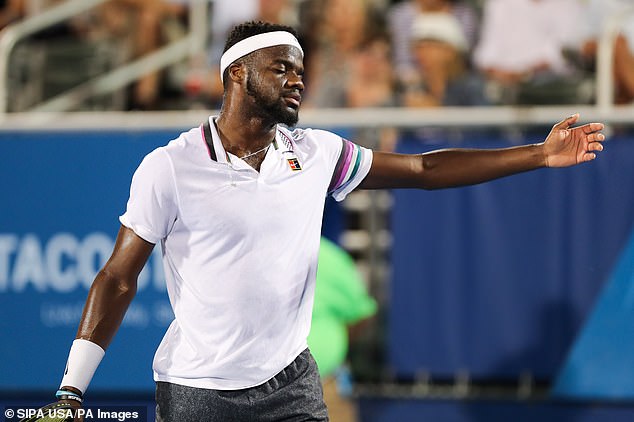 Defending champion Tiafoe was beaten 3-6, 7-6, 7-5 by his British opponent on Tuesday 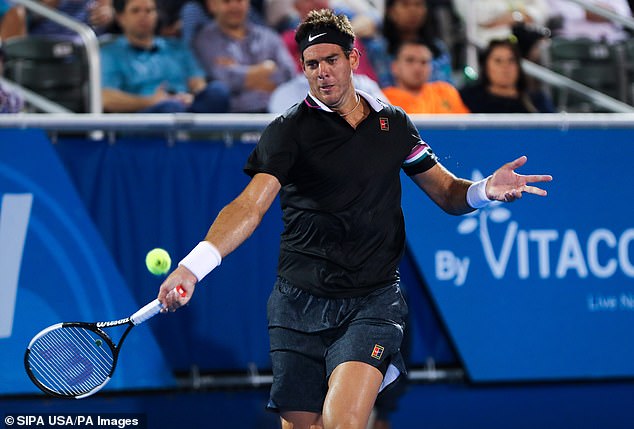 The second-seeded Isner fired 23 aces to Polansky’s four and won 87 per cent of his first serve points as he cruised to victory.

Next up for Isner is a second-round meeting with unseeded Slovak Lukas Lacko on Wednesday.