‘We are super lucky guys’

Like the preparations for this COVID-influenced Australian Open, Rafael Nadal’s back injury is not ideal, but his overall position is one of gratitude: to Tennis Australia, to the nation of Australia for excellent pandemic management, and for the mere fact that he can ply his trade as a tennis player amid global carnage that has impacted on him personally. 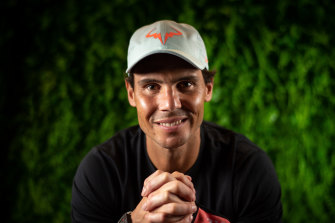 Lumbered with what he describes as a “spasm” in his back’s lumbar region, Nadal thinks he will play in this compromised Australian Open.

“I think I’m going to play, of course … of course. I’m not thinking about not playing,” said Nadal, whose first match is Tuesday against Serbia’s Laslo Djere.

The question, he says, is not so much about whether he takes the court, but how well he will be able to perform, having been building nicely – “on rhythm” – when he injured his back in Adelaide.

Could Melbourne have lost the Open?

Australian Open boss Craig Tiley feared the tournament’s grand slam status could have been at risk, leaving the door open for other countries to poach the event, if the Victorian government had bowed to pressure to cancel it.

The Open will get under way today at Melbourne Park, which will be open to crowds of almost 50 per cent capacity each day, following a massive logistical effort to quarantine the players and their entourages. 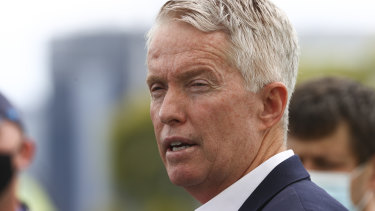 Officials have had to overcome several hurdles that threatened to disrupt the tournament, including passengers on Australian Open charter flights testing positive to COVID-19 forcing more than 70 players into hard lockdown.

Tennis Australia and the Andrews government have also weathered a storm of criticism over the decision to allow tennis players into the country while Australians were stranded overseas, and from some players who objected to the harsh quarantine measures.

However, Tiley said cancelling the Open would have been “catastrophic”, and would have opened the door for rival countries to steal it.

“If you cut the momentum short and you don’t run an event, you start the journey, the slippery slope of going back to where we were in the ’70s and the ’80s,” Tiley said.

“The reason why the Australian Open moved from Kooyong to Flinders Park under John Cain’s leadership as Premier is because they were losing their status as a grand slam.

Welcome to our live coverage of the Australian Open

It’s been a long road to get here but play will get under way shortly here in Melbourne.

Here’s a look at some of the schedule highlights for day one.

Other Australians in action

WATCH LIVE ON CHANNEL NINE, NINE GEM AND NINE NOW FROM 10am ON MONDAY FEBRUARY 8.