The ATP Finals returns once again to round off another stunning year in tennis, with both Rafael Nadal and Novak Djokovic aiming to claim the season’s final trophy. Group London 2020 will be opening the tournament, followed by Group Tokyo 1970 the following day.

Djokovic will be hoping to claim a record-equalling sixth ATP Finals trophy this weekend.

He is just one win away from matching Roger Federer’s stunning record of six titles.

Federer won’t be available to defend his record this year, after spending most of the season out of action with a knee injury.

Djokovic hasn’t won an ATP Finals since 2015, however, and has lost two finals in tournament since then. 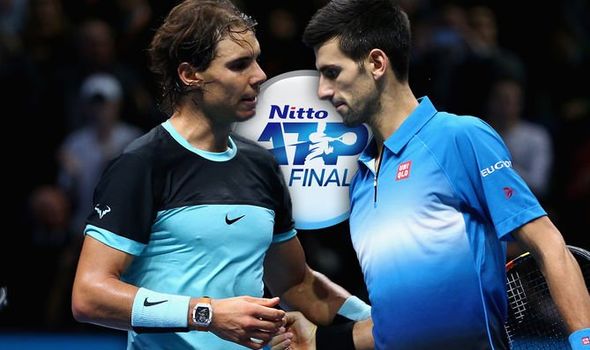 Nadal, however, will be appearing at the ATP Finals for his 16th consecutive year.

He has won an incredible 25 matches out of 30 since his introduction to the competition.

In fact, since then, he’s only made it to the final on two occasions – losing both to Federer and Djokovic, respectively.

Djokovic has been drawn alongside 2018 winner Alexander Zverev, as well as Daniil Medvedev and Diego Schwartzman.

He’ll be opening his campaign on Monday (November 16) against Schwartzman.

Medvedev will subsequently play against Zverev in the evening tie.

Elsewhere, Nadal will have to wait to start his ATP Finals until the second match of his group. 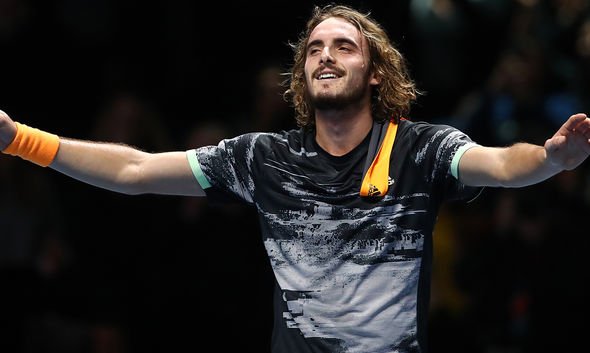 He was drawn with Dominic Thiem, Stefanos Tsitsipas and Andrey Rublev.

Thiem will be taking on Tsitsipas in the first game of the tournament on Sunday (November 15).

Nadal will follow the tie with his match against seventh-seed Rublev.

All of the players in each group will face each other, with the group winners and runners-up progressing to the semi-finals.