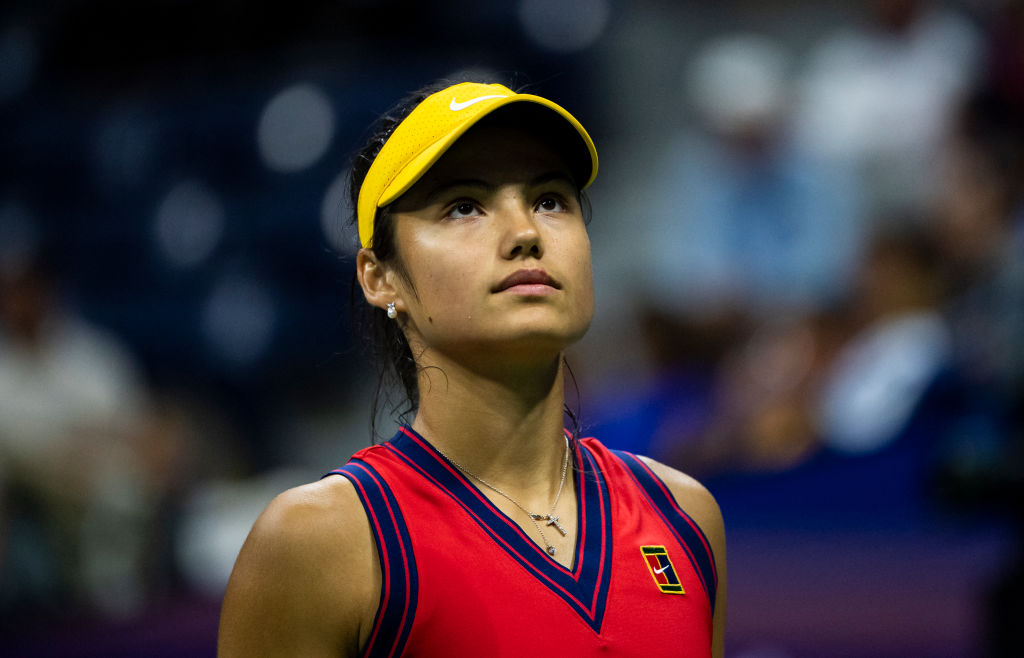 Raducanu, 18, has enjoyed a dream run to the final at Flushing Meadows and faces fellow teenager Leylah Fernandez in the showpiece event on Saturday night.

Ranked too low to make the main draw, the Bromley-based tennis star had to come through three rounds of qualifying in New York and has become the first qualifier to reach a major final.

Raducanu, who is yet to drop a set in the tournament, is now one win away from becoming the first British woman to win a Grand Slam singles title in 44 years.

Her next opponent, Canadian youngster Fernandes, knocked out a number of leading players – including defending champion Naomi Osaka, world number two Aryna Sabalenka and three-time major winner Angelique Kerber – on her way to the final.

But Croft expects Raducanu to down Fernandes in the US Open final and continue her extraordinary journey that started at this summer’s Wimbledon Championships.

Asked for her prediction for the final, former British tennis star Croft told The Times: ‘Raducanu to win in straight sets.

‘We are seeing someone unbelievably special at the very beginning of what may well end up being an extraordinary career.

‘Emma’s return of serve is phenomenal. I have never seen one like it. She is so confident and has incredible timing when she hits the ball.

‘This is the shot that has helped her win nine matches in straight sets at Flushing Meadows, and it will be a crucial weapon in the final.

‘She likes to step a metre inside the baseline on second serves and hit the ball back with power and depth.

‘This will put pressure on Leylah Fernandez, and it will be on her mind when she steps up to the baseline to hit her serves. We saw that in the semi-final when Maria Sakkari hit five double faults.’

Not only has Raducanu beat a number of rivals to reach her first Grand Slam final at the age of 18, but she has done it without dropping a set.

‘I never thought it would come this early to be in a Grand Slam final,” Raducanu told BBC Radio 5 Live after her semi-final victory.

‘I’m really enjoying my time in New York and that’s showing in my tennis. Tonight, being under the lights on Arthur Ashe Stadium, it’s so iconic and I think I was just thriving in the moment.’

On becoming the first British woman to reach a Grand Slam singles final since Virginia Wade at Wimbledon in 1977, Raducanu said: ‘I had no idea about this record.

‘It obviously means a lot to be the first in the final for so long. Crazy, cool. To be here in New York for three weeks is just absolutely mind-blowing for me.’

Raducanu, currently ranked 150th in the world, will become the British number one on Monday. Following her latest triumph, she is projected to rise to 32 in the rankings.