Andy Murray has withdrawn from today’s third place play-off in the Battle of the Brits as a precaution with ‘shin issues’.

The two-time Wimbledon winner lost 10-8 in a match tie-break in the semi-final on Saturday, in a high-level encounter against British No 1 Dan Evans.

But after four matches in five days, Murray will not take part in Sunday’s play-off against Cameron Norrie, with James Ward replacing him. 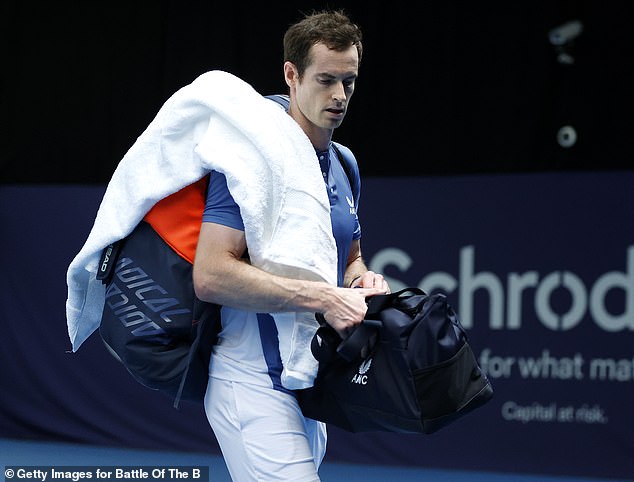 Murray will be in Ward’s corner however in a coaching capacity, for the match at 1:00, before the final between Evans and Kyle Edmund.

The 33-year-old was making his comeback this week at the National Tennis Centre, having not played competitively since the Davis Cup Finals in November.

Speaking after his narrow loss against Evans, Murray admitted his two wins and two losses this week have been a ‘big step up’ from what he’s been doing.

‘I’ve just not been able to sustain a high level for long enough.  My game is there, I just need more time to practise and prepare and I’ll get there. 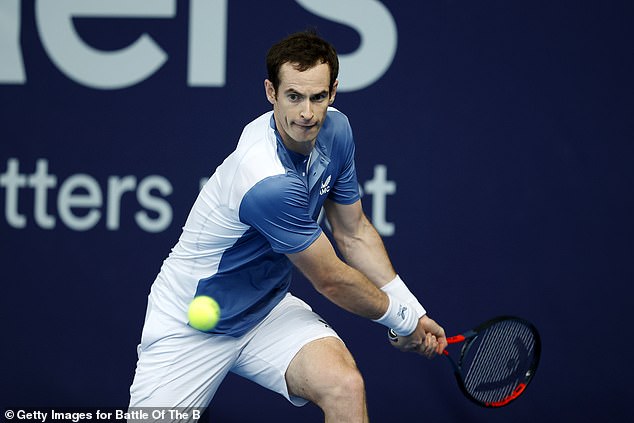 ‘It was a big step up this week from what I’ve been doing, and I coped with it physically relatively well, I thought I moved better with each match and was a bit more confident. It was a positive week.

‘Some of the tennis this week has been very encouraging, I just wasn’t able to do it for long enough in the matches.

‘That’s something that when I was up at the top of the game and competing regularly, my level was the same throughout whereas I’m struggling to maintain that, probably just with lack of matches.’