Andy Murray has indicated that he would consider his future in tennis if he was unable to find better form at Grand Slams than what he showed against Denis Shapovalov at Wimbledon in their third-round encounter. Murray came into this year’s Wimbledon having played little tennis after a number of injury issues.

A disappointing show at Queen’s left him with little match preparation for the start of Wimbledon.

And that rustiness showed at times in his first-round match against No 24 seed Nikoloz Basilashvili.

Murray should have wrapped the win up in three sets after marching to a 5-0 lead in the third, only to suffer a collapse in form with his opponent forcing a fourth.

There was even more drama in his second-round match against Oscar Otte as Murray rolled back the years to record a miraculous comeback victory in five sets.

JUST IN: Novak Djokovic one step closer to Federer record with Wimbledon win 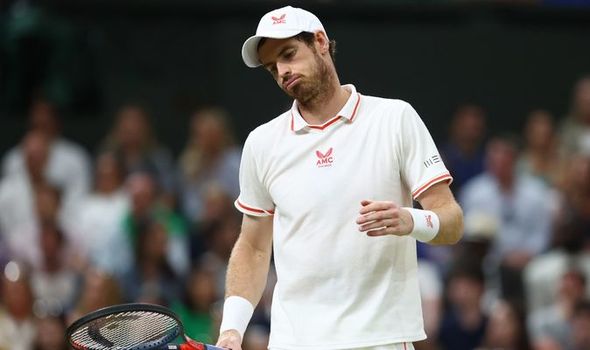 But both those matches saw Murray spend seven hours on the court through the opening two rounds.

Murray acknowledged in his post-match press conference after losing to Shapovalov in straight sets that spending that long on the courts put him at a disadvantage from the off.

Having played just a handful of matches over the past six months, Murray knew that preserving his body was key to any success he was going to have at Wimbledon.

And the two-time Wimbledon champion also conceded that to challenge someone like Shapovalov at this stage of his recovery, his game would “need to be spot-on”.

While Murray walks away from Wimbledon – his first appearance in the grasscourt Grand Slam in the men’s singles since 2017 – with plenty of positives.

The 34-year-old also admits that he may well hold discussions on what his future will be if he’s unable to string a run of tournaments together to help improve his ranking.

“There is a part of me that feels a bit like I have put in so much work the last three months and, you know, ultimately didn’t play how I would want and expect, and it’s like is it worth it?” Murray said. 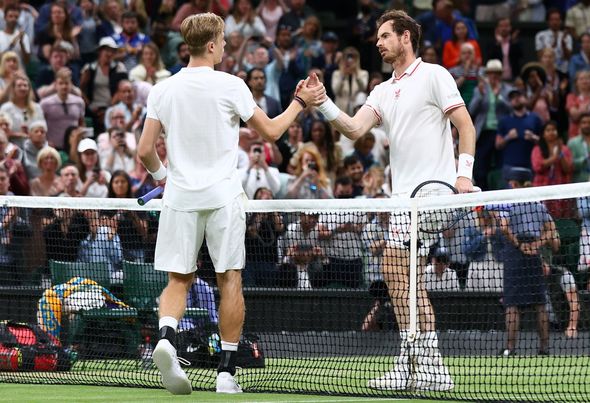 “You know, there is part of me that feels like, yes, it is, because I had, you know, great memories and stuff from this event and playing in some brilliant atmosphere.

“But then, also, I finished the match tonight and I’m saying to my team, I’m like, That’s just — yeah, I’m just not happy with how I played.

“So unless me and my team can find a way of keeping me on the court for, you know, a consistent period of time and allow me to practice the way that I need to to compete with these guys, then, yeah, then that’s when, you know, the discussions about what I do next will come in.

“Because I have genuinely put a lot into this to get to this point, but I’m not being able to practice and prepare how I need to to perform how I would like at these events.

“Like I said, I’m not expecting and saying, like, I would beat Denis Shapovalov. He’s a brilliant player. But I feel like I can do a lot better than what I did this evening.”