Champions League debutants Young Boys scored their first goal and picked up their first ever point in the competition with a deserved 1-1 draw at home to Valencia on Tuesday.

Michy Batshuayi gave Valencia a first-half lead – their first goal in Group H – but Guillaume Hoarau equalised with a penalty after the break.

Valencia, who have drawn nine games in all competitions, this season, have two points from three games in Group H with Young Boys on one. Manchester United host leaders Juventus (6) later on Tuesday. 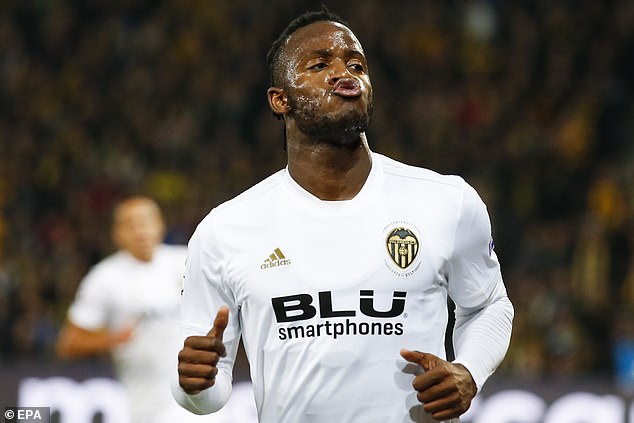 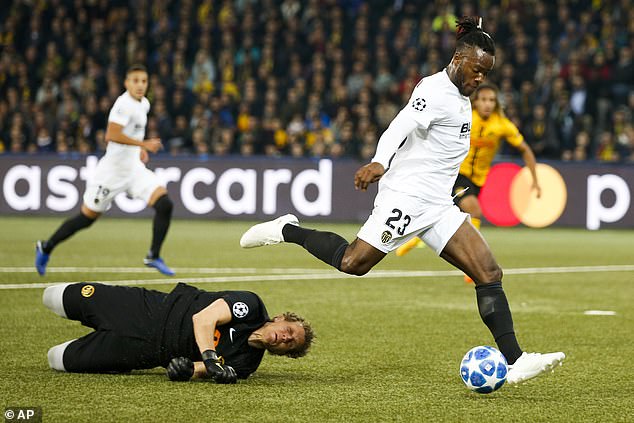 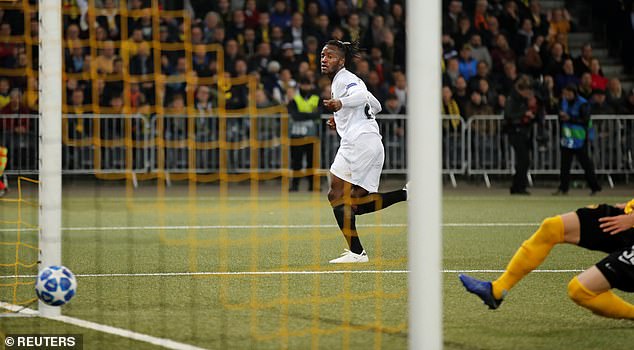 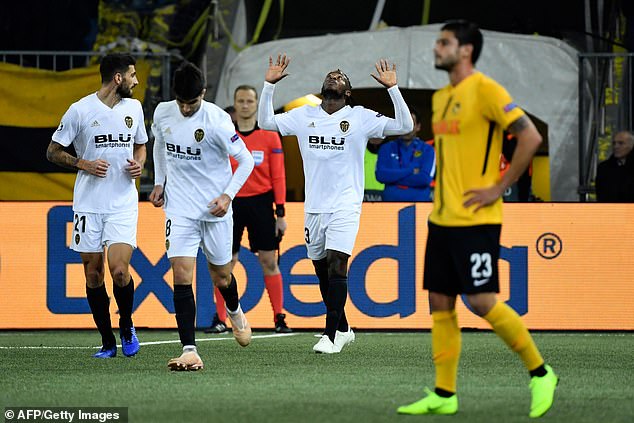 Young Boys goalkeeper Marco Woelfli finally made his Champions League debut at the age of 36 having spent all but one season of his career at the club.

Batshuayi was caught offside a couple of times early on but made no mistake in the 26th minute.

Loris Benito hit his clearance straight against Carlos Soler who flicked the ball through to the Belgian and he rounded Woelfli to put Valencia in front.

Valencia goalkeeper Neto saved a Christian Fassnacht header and Kevin Mbabu fired wide of the post after a loose ball ran free to him as Young Boys came back strongly after the break.

The Swiss champions finally scored in the 55th minute when Djibril Sow was tripped by Daniel Parejo and Hoarau calmly converted the penalty to make a small piece of Champions League history.

Sekou Sanogo came agonisingly close to giving Young Boys a memorable late win when he headed against the inside of the post from a corner. 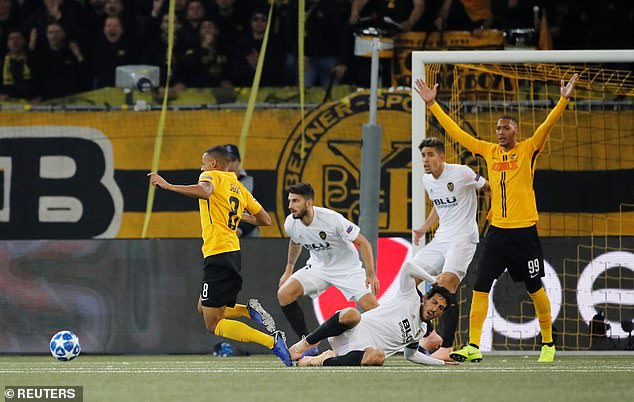 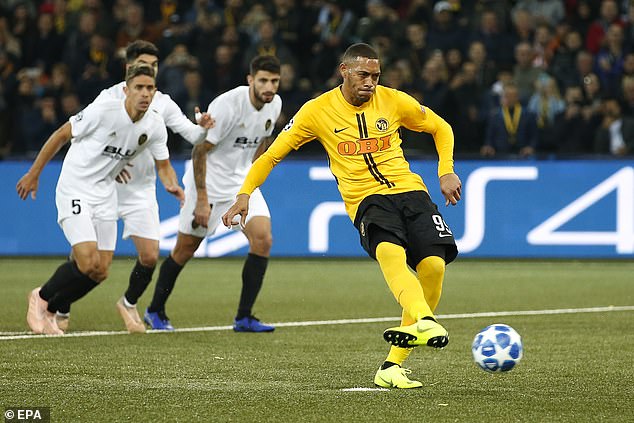 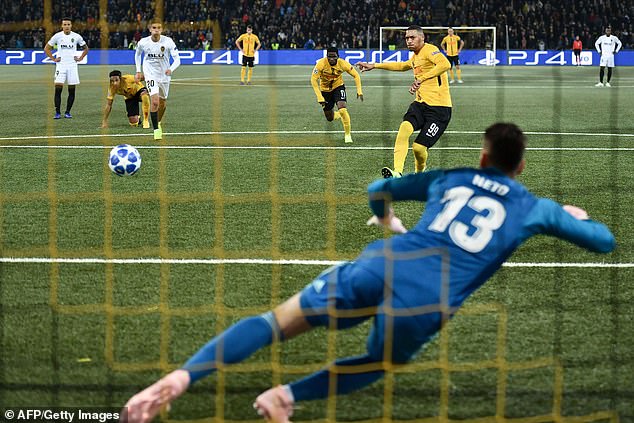 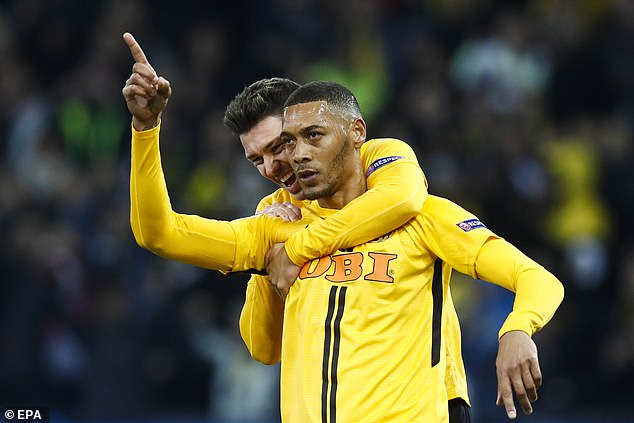 The forward celebrates with Christian Fassnacht after netting the equalising goal 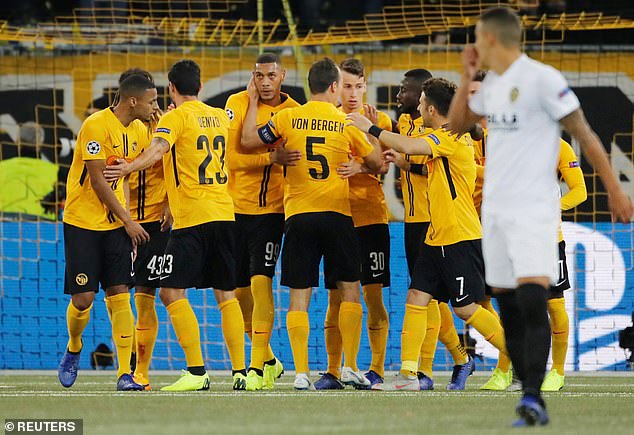