The news follows a week-long vote by Wrexham Supporters Trust (WST) members and comes after Deadpool star Reynolds and fellow actor McElhenney told them they want to turn the Welsh club into a “global force”.

The results of two Special General Meetings saw fans vote overwhelmingly in favour of the proposal with 1,809 approving, 26 against and nine abstaining out of 2,000 trust members.

“Both parties will now proceed with finalising the details of the takeover, and we will update Wrexham supporters as soon as we can.”

The proposed takeover could lead to £2m being invested in the club which currently sit 14th in the National League table as well as Netflix-style documentary at the Racecourse Ground.

Reynolds and McElhenney presented their vision to the fan-owned club on November 8 at a virtual meeting and told them they wanted to attend as many games as possible and “have a pint with the fans”.

The statement added: “Wrexham Supporters Trust Board would like to thank Mr Rob McElhenney and Mr Ryan Reynolds, and their advisors Inner Circle Sports and Walker Morris, for their professional and considered approach and for the time they have already put into the process.

“As Wrexham supporters, we would like to wish them the very best of luck in charge of our Football Club and look forward to what the future brings.” 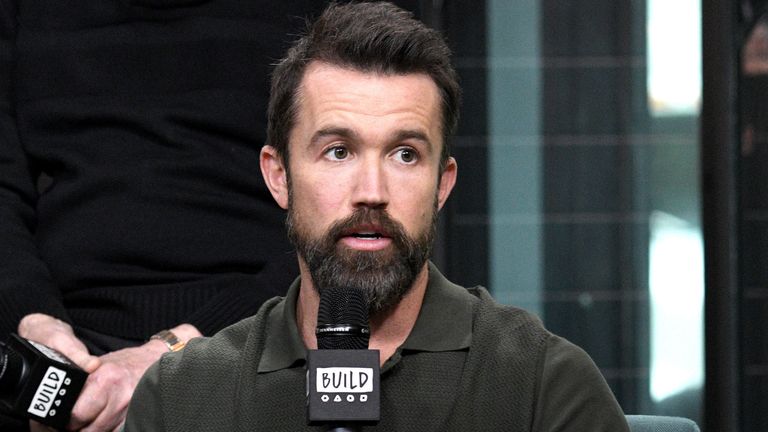 Following the announcement, Reynolds tweeted “Wrexham is the name” alongside a crest of the club who were formed in 1864 and have played in the English fifth tier since their relegation from the Football League in 2008.

Reynolds said: “Why am I and Rob pitching a North Walian trailer manufacturer?”

To which McElhenney replied: “Well, because we just became owners of Wrexham Association Football Club and they are our team sponsors.

“You may never have heard of Wrexham, The Racecourse Ground or Ifor Williams, but you will. So to the Wrexham Supporters Trust, thank you for your faith and trust in us.”

Reynolds added: “We are humble and we are already getting to work. Is this really happening?”

The short video finished with a club song featuring the lyrics: “Here they come the mighty champions, raise your voices to the anthem. Marching like a mighty army, Wrexham is the name.” Reynolds and McElhenney have ’emotional connection’ with club

Reynolds and McElhenney have an “emotional connection” with Wrexham and can take the club to “a completely different level” with their potential investment, according to director Spencer Harris.

“They’re very serious, very committed, very professional and very successful people in their line of work – both in acting and outside of acting as well as in the business world.”

A message from our owners-elect…

Canadian Reynolds was the second-highest-paid actor of 2010, behind Jumanji star The Rock, according to Forbes magazine, but his passions clearly extend far beyond the realms of the silver screen.

He is evidently a fan of the sport having attended various football games while promoting Deadpool 2 back in 2018.

The 43-year-old was pictured at Real Madrid’s Bernabeu stadium alongside co-star Josh Brolin.

“At the temple of Real Madrid,” he said on his Facebook page. “The two newest mascots nervously await a beating. (For the record, my heart belongs to the Vancouver Whitecaps).”