We let you down boss: Rangers defender Joe Worrall wants to make up for Betfred Cup calamity by kicking on in the league for Steven Gerrard’s side

Not for the first time in recent seasons, Rangers have some making up to do. Certainly, to the fans left deflated by yet another Hampden failure.

But also, insists defender Joe Worrall, to a manager whose tenure has now been denied an early stamp of domestic progress.

Steven Gerrard said he would shoulder responsibility for the toothless defeat to Aberdeen in the Betfred Cup semi-final. 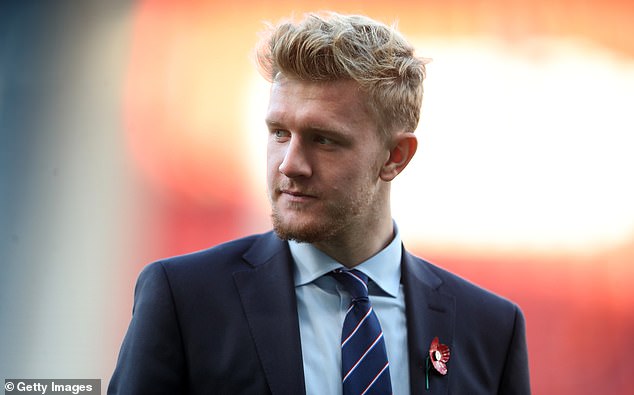 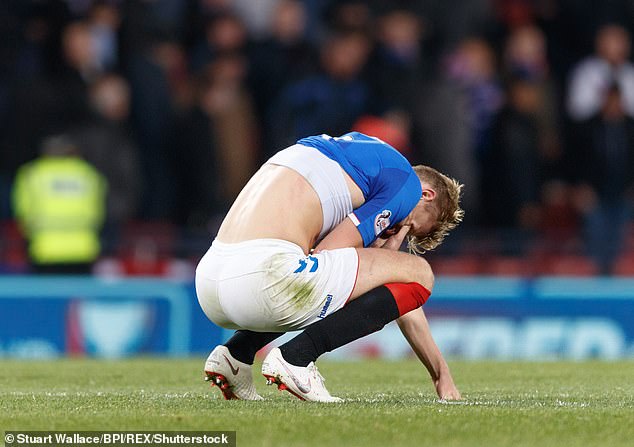 Worrall, though, argues that those under his command simply let him down.

Devoid of any attacking invention where it mattered, and sucker-punched off a set-piece, the 1-0 reverse was a bruising blow to the optimism generated over the opening months of the former England captain’s reign.

Mark Warburton, Pedro Caixinha and Graeme Murty had all failed to take Rangers beyond the last four of either major knockout competition in the preceding two seasons.

Making that step would have carried obvious significance for the new regime.

As it is, a fifth successive semi-final setback has heightened the need to gain more consistent results in the Premiership.

Kilmarnock, currently three points above Rangers, visit Ibrox tomorrow evening and Worrall is in no doubt about the need for a resolute response.

‘We could have done better,’ reflected the 21-year-old, on loan from Nottingham Forest, as he assessed the weekend performance.

‘The manager puts the team out to perform at the end of the day and we didn’t do that for him. 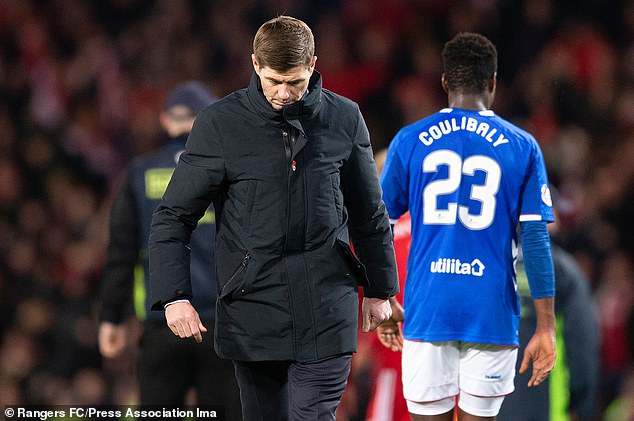 ‘It was a massive opportunity to get to his first cup final and he is not in it, and neither are we.

‘Collectively, as a team, and, individually, it’s disappointing. It would have been my first cup final as well, so I am a little bit miffed that we aren’t in this one.

‘The manager just said that we need to focus on the positives we’ve had over the last couple of weeks and to make sure we make it right on Wednesday.

‘We have that game, which is good because it would have been a week where we would have had to keep our heads down. But now we can look forward to that.

‘There are plenty of other games to come and we just have to make it right.’

Doing so will require a different spark in their play. A single shot on target was all they could muster against Aberdeen despite a dominance of possession and territory. Faced by a low defensive block and opponents who stuck steadfastly to their marking duties, Rangers exhibited a dearth of creativity and incision.

Much focus was understandably centred on the absence of the suspended Alfredo Morelos, and Gerrard has now admitted that he wished he had never played the Colombian in the quarter-final with Ayr United in which he picked up his costly booking.

‘That’s one regret that’s swirling around in my head right now, so I’ll learn from that,’ Gerrard told Rangers TV yesterday.

Scorer of 12 goals this season, and six in his last seven outings, Morelos has become increasingly impressive at linking play and at creating chances for others. He can lay a pretty solid claim to being his side’s most influential player.

Replacing him with Umar Sadiq represented a drop in quality. Yet, while few would bet on the AS Roma loanee getting much further first-team action after his toils at Hampden, it would be wrong to lay all the failings at his door. 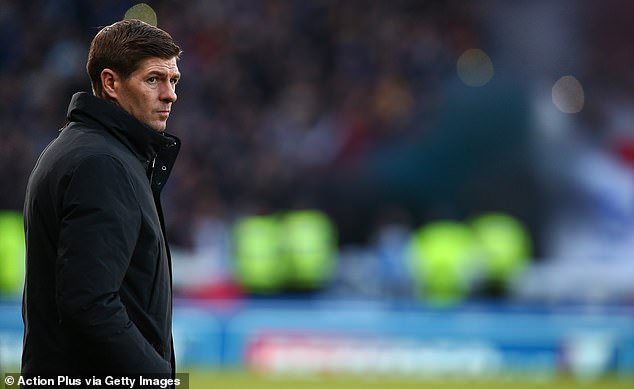 Worrall, though, has vowed to make it up to Gerrard (pictured) in the league this season

Warnings had been sounded over the preceding eight days. Against a deep-lying Hamilton side, Rangers managed three shots on target in 83 minutes before producing a late surge to win 4-1.

A further three shots on target were then all that were mustered against a Spartak Moscow team happy to set up base camp at Ibrox and achieve a stalemate. Aberdeen took that restrictive approach one step further and claimed victory. There was, Gerrard admitted, a ‘serious lack of quality’ about his side’s play in the final third.

Kilmarnock are unlikely to pitch up in Govan with an open, carefree strategy. Even with Morelos back, the challenge for Rangers is to produce the tempo and movement required to unpick a deep and disciplined defence.

The promising signs shown early in the second half on Sunday fizzled out all too easily.

Gerrard is entitled to ask for more from those who will support Morelos from wide and midfield positions. While there is much to admire about Daniel Candeias in terms of attitude and application, he has scored just once in 18 appearances this term.

To emerge as genuine title challengers, Rangers need players in those roles to be in — or at least threatening — double-figures by the end of the season.

Bluntly, they need input to compare with the match-winning options Celtic have in James Forrest, Callum McGregor, Tom Rogic and, with form seemingly returning, Scott Sinclair.

Ryan Kent and Scott Arfield, on three goals each, look the most likely to step up. But Gerrard has warned he will look to the transfer market in January if overall standards don’t improve.

Going 11 games unbeaten in the Europa League proves Rangers are a far more capable side than last season. But after seven years without a major trophy, the hunger for domestic success grows ever stronger.

Maximum points from meetings with Kilmarnock, St Mirren and Motherwell prior to the next international break will be the demand. There can be no repeat of their blunt Hampden display.

‘You can talk about who was playing and who wasn’t but everyone is trusted to perform,’ said Worrall. ‘As a team, collectively, we were below par.

‘Fair play to Aberdeen. If roles had been reversed and we were playing against a Rangers, then that is the same game plan we would want — to stick 11 behind the ball and then win it via a set-piece.

‘It was a kick in the teeth. There are fine margins in these games and we have to create a bit more. Everyone is hurting but we have a game on Wednesday and we will put it right then.’