Jonathan Woodgate is planning to follow in the footsteps of England boss Gareth Southgate as he launches his managerial career at home-town club Middlesbrough.

The 39-year-old has been appointed as Boro’s head coach on a three-year contract after chairman Steve Gibson, as he has done in the past with Bryan Robson, Steve McClaren, Southgate and Aitor Karanka, handed the reins to a first-time boss.

Southgate and McClaren have since both gone on to manage England, while Robson presided over the club’s first Premier League adventure and Karanka guided the Teessiders back into the top flight in 2016. 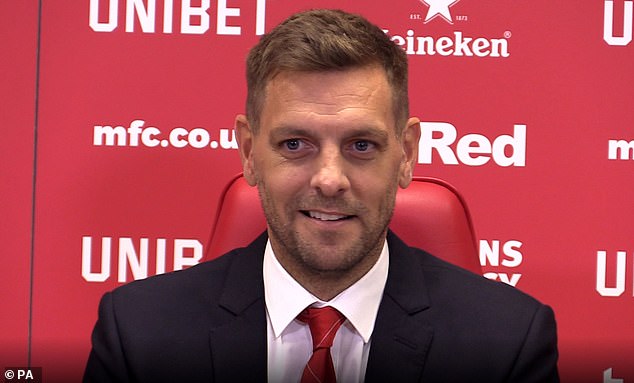 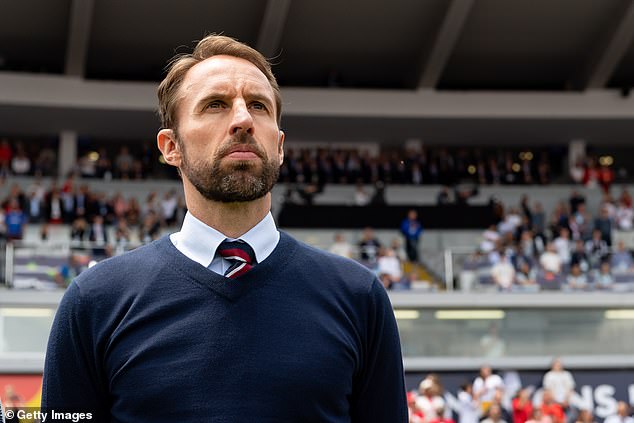 He hopes to follow in the footsteps of England boss Gareth Southgate, a former Boro boss

Asked if he too could use his time at the Riverside Stadium as a launchpad, Woodgate said: ‘Those managers have had great success and been incredible managers, especially Gareth, who has gone on to be England manager and has done an unbelievable job.

‘Listen, this is the start of my pathway and hopefully it builds up like that.’

Gibson appointed former defender Woodgate, who made a total of 112 appearances for the club during a glittering career which also took him to Leeds, Newcastle, Real Madrid, Tottenham and Stoke, after a lengthy interview process in which the Teessider proved impressive. 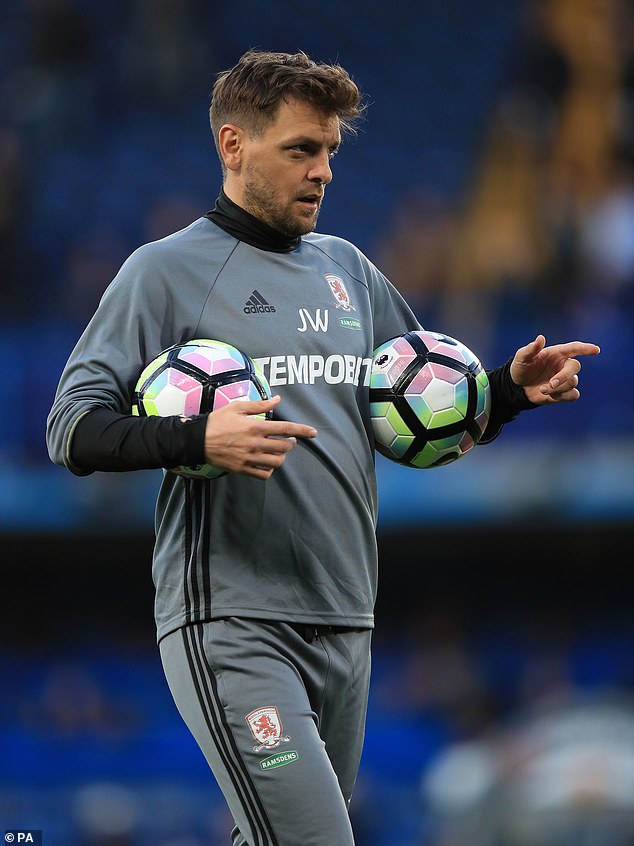 ‘This is the start of my pathway and hopefully it builds up like that,’ said Jonathan Woodgate

Asked what he had seen in Woodgate which he had also observed in some of his predecessors, the chairman said: ‘Basically the same qualities I saw in the others, a real determination, and great football history.

‘If you look at Bryan, Captain Marvel of England, Aitor, three Champions Leagues, Steve McClaren won the Treble with Manchester United as a coach – they were all big, big, strong football people and Jonathan is that.

‘He’s a character, he’s his own man, he knows what he wants. He’s the one in the dressing room while he’s been here to always say what he thinks.

‘I see a lot of qualities in Jonathan and I think he could be one for now, one for next year and certainly one for the future, and I’m prepared to back that by giving him the job.’ 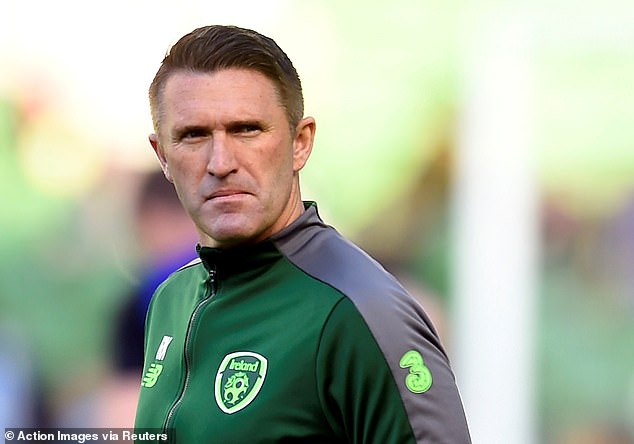 Woodgate has drafted in Robbie Keane, Leo Percovich and Danny Coyne as his coaching staff

Woodgate, who has drafted in Robbie Keane, Leo Percovich and Danny Coyne as his coaching staff, has been handed the task of establishing a ‘golden thread’ which runs through the club’s age groups and has vowed to bring an attacking philosophy to the first team which was largely absent as Boro missed out on the play-offs last season.

‘If you look at my backroom team – Leo, Danny and Robbie – we’ll have that in abundance, especially with Robbie by my side.

‘Can you imagine the young players at this football club learning from Robbie Keane?’