‘We play proper football… every single player is happy to play for him’: Willian appears to hit out at former boss Antonio Conte as he praises life at Chelsea under Maurizio Sarri

Willian fell out with Conte during his time in charge at Stamford Bridge, and admitted he would have left had he not been sacked in the summer.

But he is enjoying a new lease of life under Sarri, who he claims wants them to ‘have fun’ when they play. 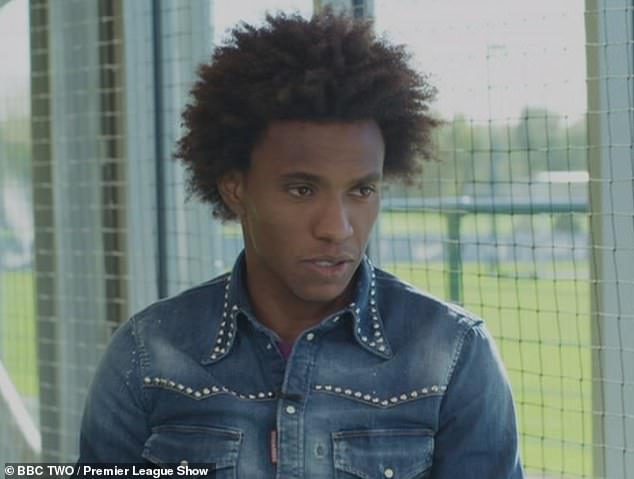 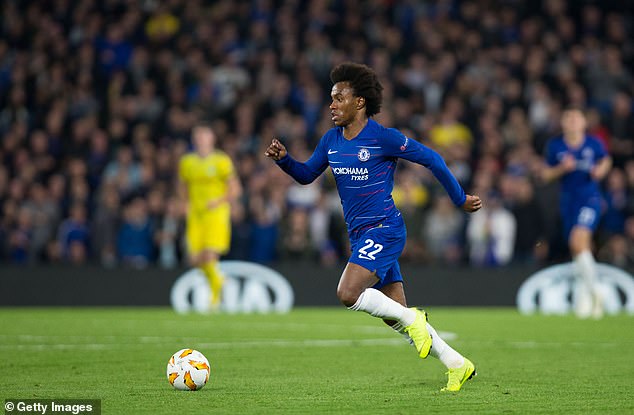 The Blues have enjoyed a fine start to the season, and sit just two points behind joint Premier League leaders Manchester City and Liverpool.

And Willian does not hesitate to praise the new manager, telling The Premier League Show: ‘He is very important, not only for me but for all the team. Now we play football.

‘He wants us to have fun inside the pitch. We play proper football and every single player is happy to play for him.’

Willian came close to leaving in the summer and was linked with moves to Barcelona and Manchester United. 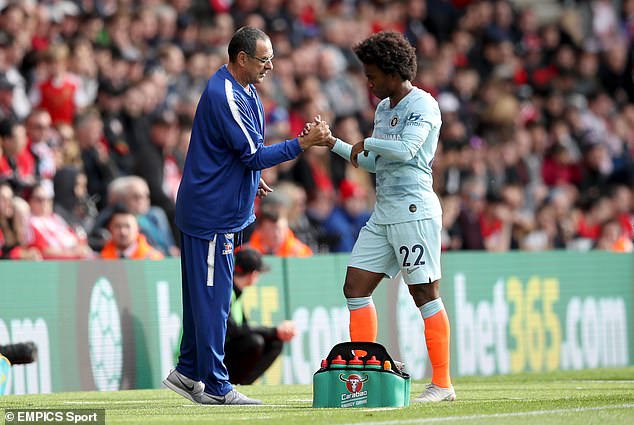 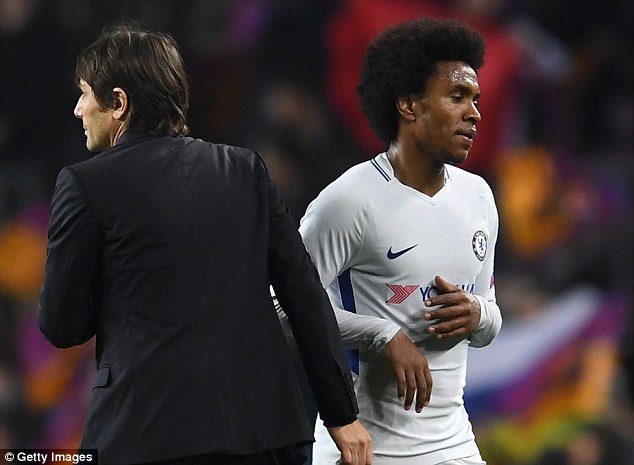 But he claims ‘everything is perfect’ for him in London, and his family don’t want to live anywhere else.

He said: ‘I love to live here, my family love to live in London, I love to play for Chelsea, everything is amazing. I have been here for five years and I hope to stay more.

‘Everything is perfect. My family don’t want to leave.’