While Will Ferrell may be one of the joint owners of LAFC, he certainly hasn’t shied away from fully immersing himself with the club’s fans after he was recorded conducting chants on Sunday afternoon.

The Step Brothers and Anchorman star helped hype up the wild supporters as the MLS side played the Vancouver Whitecaps in Los Angeles.

Conducting from the front, the 51-year-old led the chant ‘jump for LA football club’ as the camera panned to see the supporters singing along in unison.

Scroll down for video. 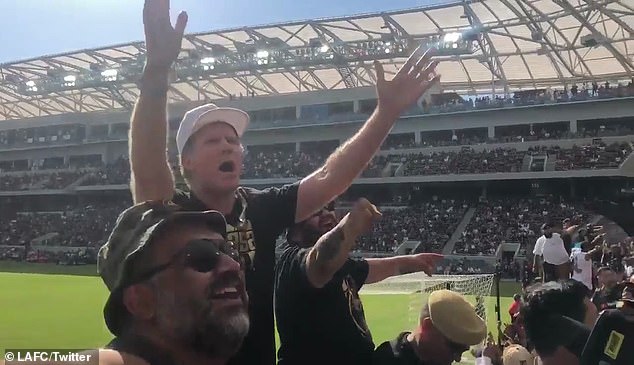 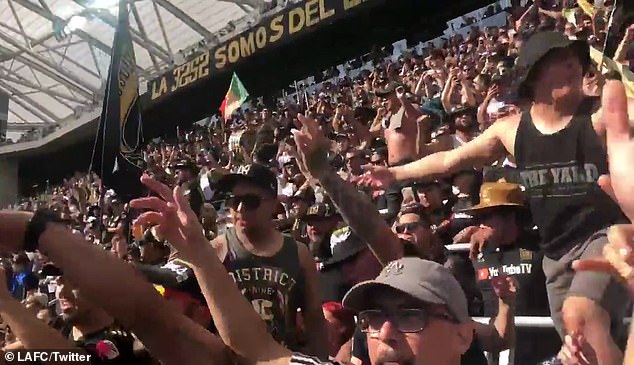 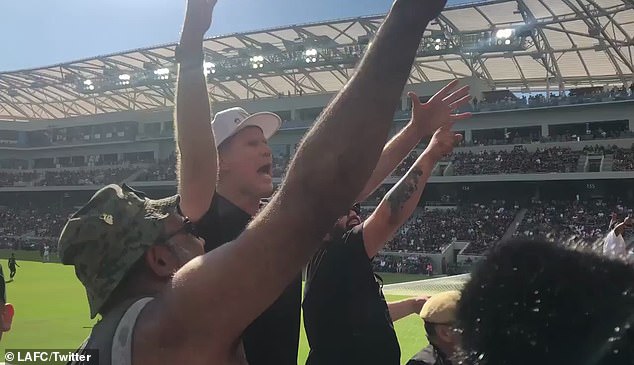 Ferrell, who is one of the club’s joint owners, cut an animated figure as he enjoyed the chant

WILL FERRELL IN THE NORTH END!

The sell-out crowd at the Banc of California Stadium were certainly in good spirits after Diego Rossi scored a quickfire brace inside the opening 15 minutes.

Jose Yordy Reyna Serna pulled one back for the Whitecaps seven minutes after Rossi’s second before Crystal Palace loanee Jordon Mutch levelled things up midway through the second half.

The comeback didn’t dampen the hosts’ spirits as they held on for a draw.

LAFC are now two points off the top of the western conference as they look ahead to the playoffs, which begin at the end of the month. 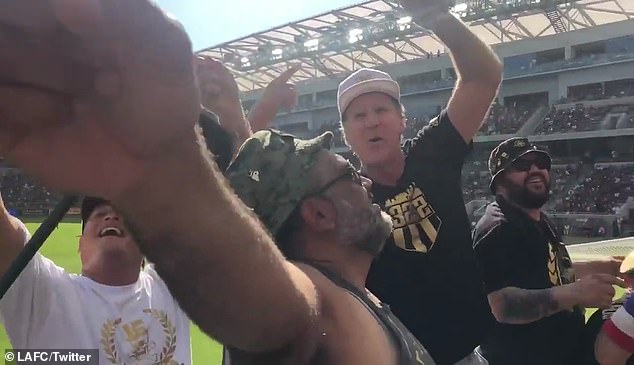 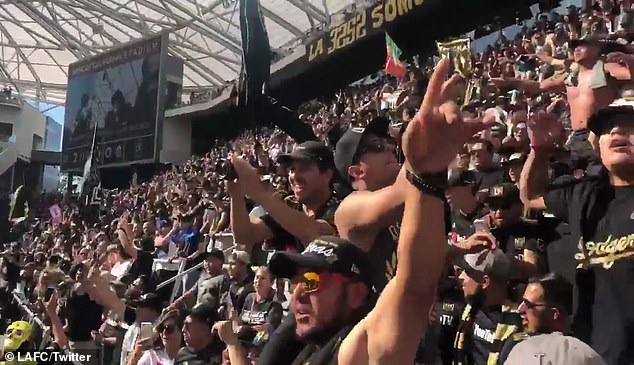