Home » Soccer » ‘What a player, what a future’ – Alan Shearer heaps praise on Liverpool youngster 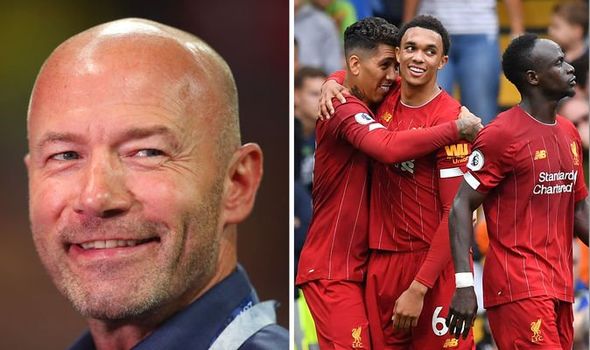 The right-back opened the scoring at Stamford Bridge with a superb free-kick.

Alexander-Arnold smashed the set-piece into the top corner leaving Kepa Arrizabalaga with no chance.

That was the highlight of a superb performance from the Liverpool youngster, who almost got himself an assist as well after setting up a good Roberto Firmino chance.

The defender was brilliant with his deliveries into the box throughout the game, and was praised for his defensive work.

And Shearer was full of praise for the 20-year-old, and said the youngster was Liverpool’s best player.

Speaking on Match of the Day, Shearer expressed how impressed he was with his display, suggesting that his work going forward and defending helped Liverpool remain in the lead at times.

Chelsea had a much better second-half after a disappointing first period, and were unlucky to not have come away with at least a point.

“I thought he was the best player today for Liverpool,” he said. 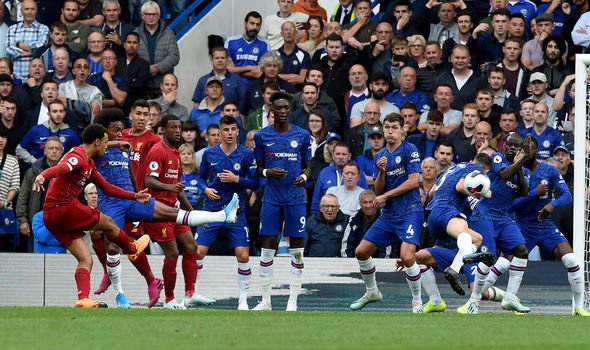 “This guy has got everything.

“The pace that he generates from here, we know that because we’ve seen him whipping crosses in.

“But to find that corner with the accuracy, the whip on it, the side netting, the keeper has absolutely no chance.

“So many times we’ve noticed him doing that, giving his team width but also having the end product to find someone. 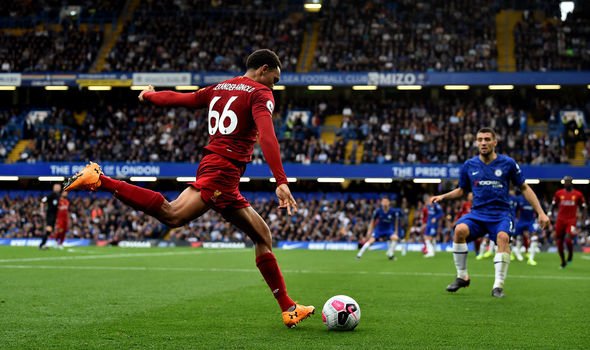 “When Liverpool were under the cosh in the second half, he was first to the ball in the box, he had to be at his best defensively. His positioning was perfect.

“What a player, what a future.”

Cesar Azpilicueta’s goal appeared to have evened the score after Alexander-Arnold’s goal, but VAR ruled that Mason Mount was offside in the build-up.

Just moments later, Liverpool were 2-0 up thanks to a Firmino header, before N’Golo Kante’s second-half goal kept Chelsea in the game.

However, the league leaders were fortunate to get three points, as they were made to defend against a series of attacks from the hosts.