Tottenham are preparing to take on Liverpool in the Champions League final.

Mauricio Pochettino’s side can win their first European title for 35 years at the Wanda Metropolitano tonight.

And the north London side must win to secure a place in the elite tournament next season.

One game that cost them was a 1-0 loss to West Ham in April at their new stadium.

And footage has emerged of the east London team making a cheeky dig at their rivals.

In the clip, the sun is shining in the capital.

The London Stadium can be seen across the river – but there is noise coming from it. 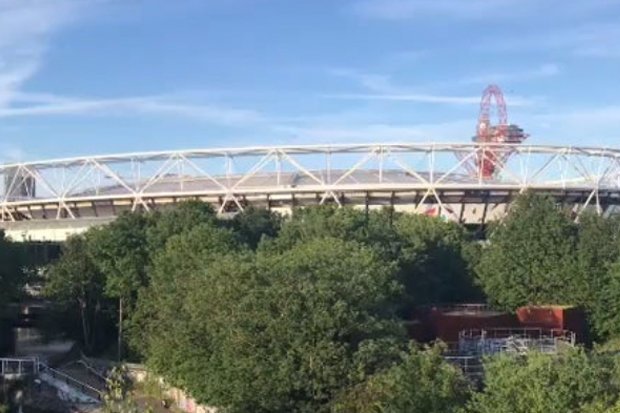 “Banter coming hard out of London”

“I bet Tom Kirk [staff member for Muse] did this,” they said.

“Muse are playing there tonight and he’s a massive Liverpool fan.”

You can get the latest updates from the Champions League final here.